Each year, there is that same old debate about which rivalry trumps which.

Creating such an article and ranking the top ten rivalries in British Rugby League will always cause some controversy as fans battle for the number one spot.

However, here are my rankings for the top ten.

A Cumbrian derby is guaranteed passion and emotion and clashes between Workington and Whitehaven have not let the fans down over the years. Granted, neither Town nor Haven are as good as they used to be, with the latter only joining the second-tier in 2020 whilst the former are languishing in League 1 after relegation from the Championship in 2016. It would be a victory for the sport if this Cumbrian derby could be rejuvenated.

It’s a rivalry that will be reignited once more in 2021 following Leigh’s promotion to Super League. But, whilst Wigan fans are not that bothered about their near-neighbour, the Centurions pinpoint this fixture as the one that all their fans want to see. Leigh actually beat the Warriors 50-34 when the two sides last met in July 2017 and they will be hoping for a repeat in their first season back in the top-flight.

The ‘Heavy Woollen Derby’ – named because of the towns’ importance in the wool trade in the 19th and 20th centuries – is one of the fixtures to look out for in the Championship. Very few rivalries actually take place in the second-tier apart from this one and it is always a must-see. With vocal – yet small – backing from both sets of supporters, the atmosphere on game day at either the Fox’s Biscuits Stadium or the Tetley’s Stadium is superb to be involved in.

It’s one rivalry that Rugby League fans haven’t seen for a good while, but the hatred from Featherstone towards Castleford is perhaps the greatest in the sport. Even when Rovers are playing Championship opposition, their fans still sing about their Super League rivals and many Featherstone supporters still reference the 2012 Challenge Cup fixture between the two sides in which Rovers caused a massive upset. A lot of anger still resides over from the fact that Featherstone were excluded from the first ever Super League whilst Castleford were included which paved the way for both sides’ different paths over the following 25 years. 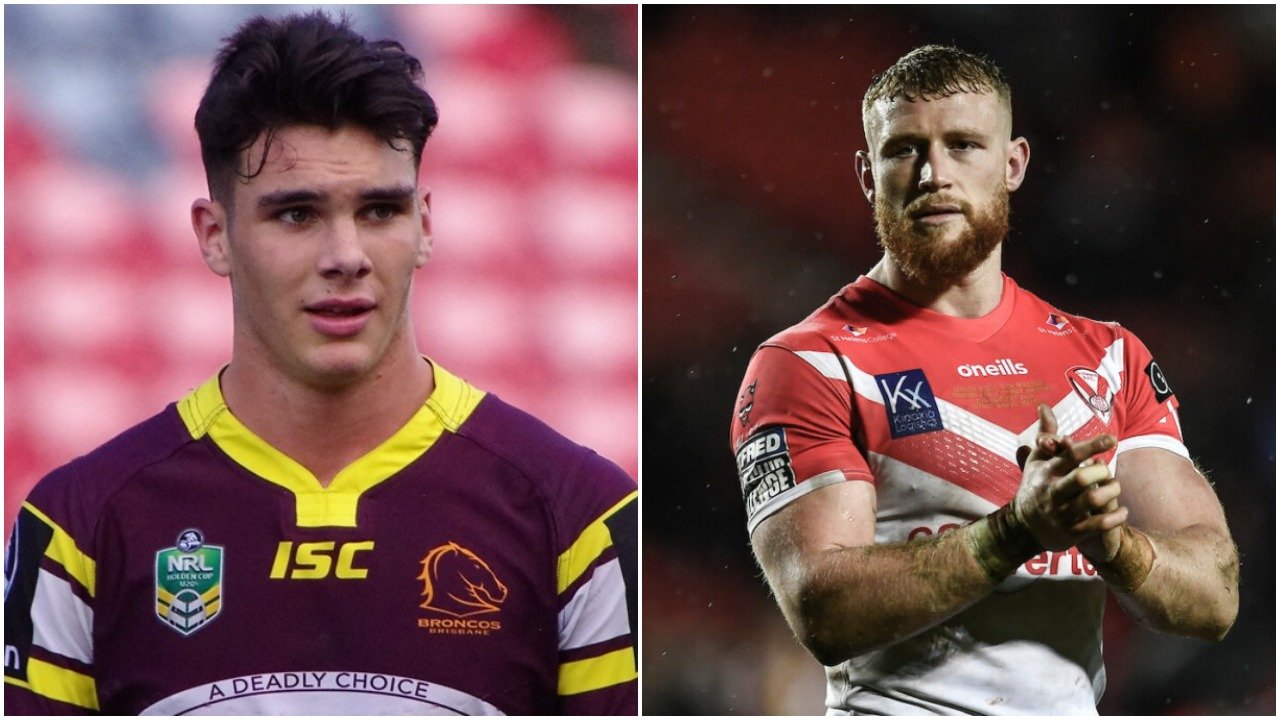 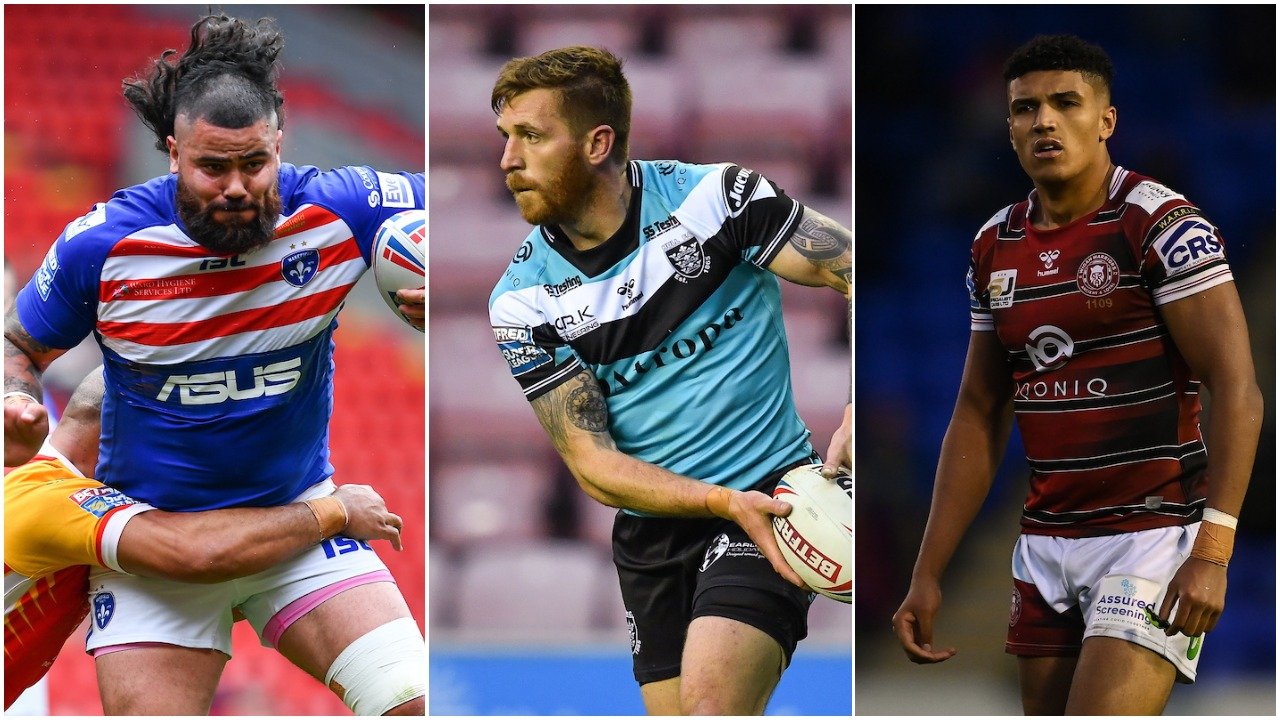 Before Daryl Powell took over at Castleford midway through 2013, this fixture would have been nowhere the top ten as Leeds tended to steamroller the Tigers each year. However, that all changed under Powell’s tutelage and, prior to the 2017 Grand Final, Castleford had won eight on the bounce against the Rhinos. That left Leeds fans believing that their small-town neighbours were getting too big for their boots whilst the Tigers faithful began looking at their big city rivals as easy pickings. Now, though, the equilibrium could be changing again.

Warrington-Widnes fixtures have been put on the back-burner recently following the latter’s relegation in 2018. That has left the Wolves without a bitter rival in Super League – much I’m sure, to the annoyance of both sets of fans. The importance of the derby for both clubs is emphasised by the fact that Warrington’s home crowd record was set in 2016 when just over 15,000 supporters swelled into the Halliwell Jones Stadium – that was against Widnes.

It’s a shame that these two sides haven’t met since Bradford’s incredible victory against Leeds in the Challenge Cup back in 2019, but in the near future, one of the largest crowd-drawing fixtures could well return. The head-to-head clashes in the early stages of Super League were something to behold and these two sides consistently met in the play-offs. Stand-offs between Brian Noble and Tony Smith became commonplace as massive hits and mouth-watering clashes were a regular feature. At number four rather than three due to the lack of this fixture since Bradford’s relegation.

It is ranked narrowly higher than Castleford’s rivalry with Featherstone and Leeds purely for one factor: the Battle of Belle Vue in 2006. That night, the Tigers were relegated at the hands of Trinity who themselves would have been demoted had they lost. Though the two clubs had fought closely before that fixture, after it, the hatred inflamed to a degree that has yet to calm down. Bad blood reigns supreme between these Calder rivals, though Castleford have enjoyed supremacy in recent years.

West Hull versus East Hull, Rovers versus FC; it’s the fixture that both sets of fans pin on their calendar and rightly so. It’s arguably the most intense games that both teams play in all year and that tension is made palpable by the vociferous crowds that pack into either the KCOM or Craven Park. Neither side like to give the other an inch and FC and KR know they have been in a game after 80 rip-roaring minutes.

The original ‘Derby’ game so to speak, St Helens and Wigan fixtures are just always full of entertainment and tremendous talent. The Hull derby narrowly misses out purely because these two sides are regularly fighting in major finals and that always adds that little bit of extra tension. Saints and Wigan have also been responsible for six out of the top ten attendance records in the top-flight – there couldn’t really be any other position for this rivalry but first.