This was Leeds’ best period of the winter era. In 1968, the Loiners continued their dominance over the Challenge Cup with an eighth cup at the expense of Wakefield in the famous Watersplash final. But at this point they’d failed to show any kind of dominance in the league to accompany this. Finally, this appeared in the late 60s and early 70s. They finished top of the league four years in a row from 1967-70 winning a second title in 1969 thanks to a Championship Final win over Castleford. That year was also adorned by one of two Yorkshire Cups in this period. At the end of their four-year stay at the top, Leeds continued to win trophies including the Floodlit Cup in 1971 and a third Championship title in 1972. Spearheaded by Leeds legend John Holmes, the Loiners continued to achieve towards the end of the decade winning a further five Yorkshire Cups by the start of the 80s and back-to-back Challenge Cups in 1977 and 1978, but their success in the league had subsided and remained dormant for 30 years.

Oldham are these days more famous for the rugby league stars they’ve created rather than the success they’ve achieved themselves, but at the dawn of rugby league they were one of the top teams. They won 75% of their titles in this period including back-to-back titles in 1910 and 1911. Even when they didn’t quite do the business at the end of the year, they’d come up just short finishing runners-up three times in this spell. They were a constant presence in cup finals too both in the Challenge Cup and Lancashire Cup winning the latter twice during this time and once just after in 1914. They also finished top of the league twice in this period as they proved the most consistent force in the league at this time. If anything, they should’ve won more considering they lost a handful of finals during this eight-year period.

It’s fitting that the birthplace of rugby league should feature on this list as one of the first dominant forces in the sport. Their reign over the sport came to an end on the league’s 20th anniversary in 1915. That year saw them wrap up a third title in four years after vanquishing Wigan in back-to-back Championship finals in 1912 and 1913 before downing West Yorkshire rivals Leeds in the 1915 decider. That period also saw Huddersfield finish top of the league four years in a row and this too was complimented by a pair of Challenge Cups in 1913 and 1915 completing what would now be regarded as the treble. Their dominance also extended to the Yorkshire cup winning the trophy four times in six years from 1910-15. Remarkably, they were also a conversion away from becoming the first and one of only two teams to win four titles in a row. Their loss to Salford in the 1914 Championship Final ultimately denied them that feat.

It was hard for any team to stand out in the 70s and 80s. Leeds still looked good at the end of the 70s, Wigan were beginning their climb at the start of the 80s whilst Widnes were another top side as were Bradford Northern who won back-to-back titles at the turn of the decade. Meanwhile, even Leigh had their moment in the sun in 1982. Despite all of this, Hull KR did as their rivalry with Hull FC reached a remarkable peak as the two battled it out for trophies. Hull KR had the edge though and subsequently earn a place in this list. After just missing out on the league title to Hull FC in 1983, they won the title in consecutive season in 1984 and 1985 joining an elite group in doing so and denying the second-place Hull FC from doing so in 1984. Add these title wins to their 1979 title win, the 1985 League Cup, two Premierships, the Floodlit Trophy and their 1980 Challenge Cup Final win over rivals Hull FC at Wembley and you have a brilliant period of success. 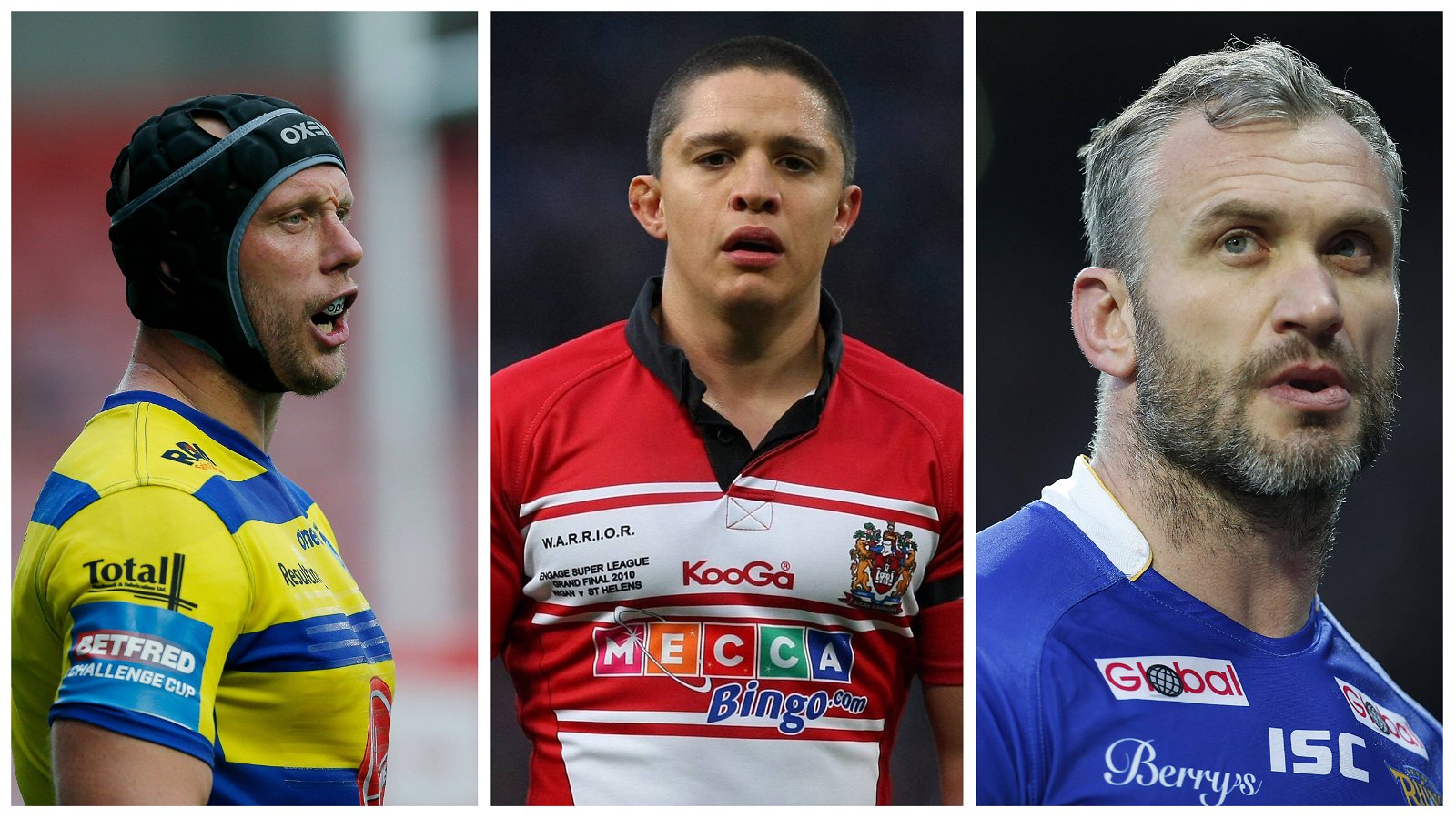 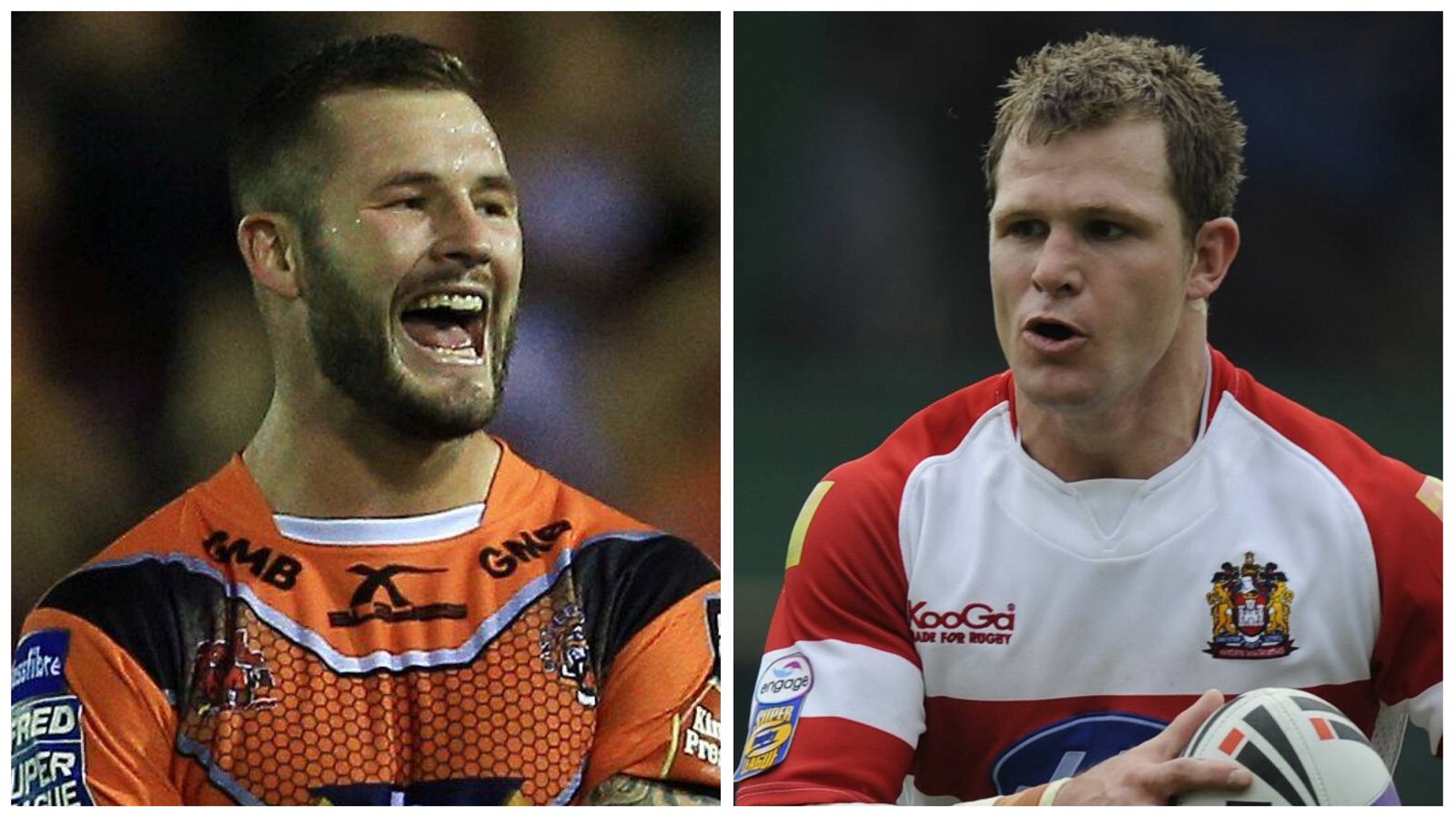 I briefly mentioned Widnes in the last entry but from the mid-70s all the way to the end of the next decade, they were a superb and successful side augmented by a famous ruthless streak. Unlike others, they refused to fall into Wigan’s shadow. They won a pair of Challenge Cups in the late 70s and a first league title in 1978. Their transition into the next decade wasn’t trophyless either as they added another two Challenge Cups to their collection in 1981 and 1984 and the Premiership three times from 1980-1983. From there, they suffered a bit of a dip in the mid-80s but rebuilt and formed an arguably better side as the 80s drew to a close winning back-to-back titles and three Premierships in a row after 1988. The decade ended with them winning the World Club Challenge in a famous encounter with Canberra proving the undoubted quality of Widnes during this 15-year period.

The Bulls really took to the Super League revolution and were the second ever winners thanks to an utterly dominant campaign in 1997. The Bulls would again finish top in 1999 but ultimately were unlucky in their Grand Final defeat to St Helens. A year later they quickly got over that disappointment with a Challenge Cup Final win over Leeds and a year later they came up with the most dominant Grand Final win ever as they thumped Wigan 37-6 to claim a second Super League crown. In 2003, two became three when they won the treble becoming the first team in the Super League era to do so and in 2005, after coming close to retaining the title in 2004, reclaimed the crown creating more history as they did as they became the first Super League side to win at Old Trafford from outside the top two.

With the rugby league playing field levelling out at the start of the summer era and the introduction of a salary cap, St Helens still managed to dominate winning five Super League titles in the first decade of the new competition. They won the double in 1996 and retained the Challenge Cup a year later. In 1999 and 2000, they won back-to-back titles before winning a third Grand Final in 2002 in a classic against Bradford. In 2001, they were crowned World Champions for the first time becoming only the fourth English club to achieve the feat. That year, they added another Challenge Cup to their collection against rivals Bradford before beat Wigan in the 2004 final. Two years later, after finishing top in 2005, the Saints were again top dogs but this time on every front becoming only the second team in Super League to win the treble. 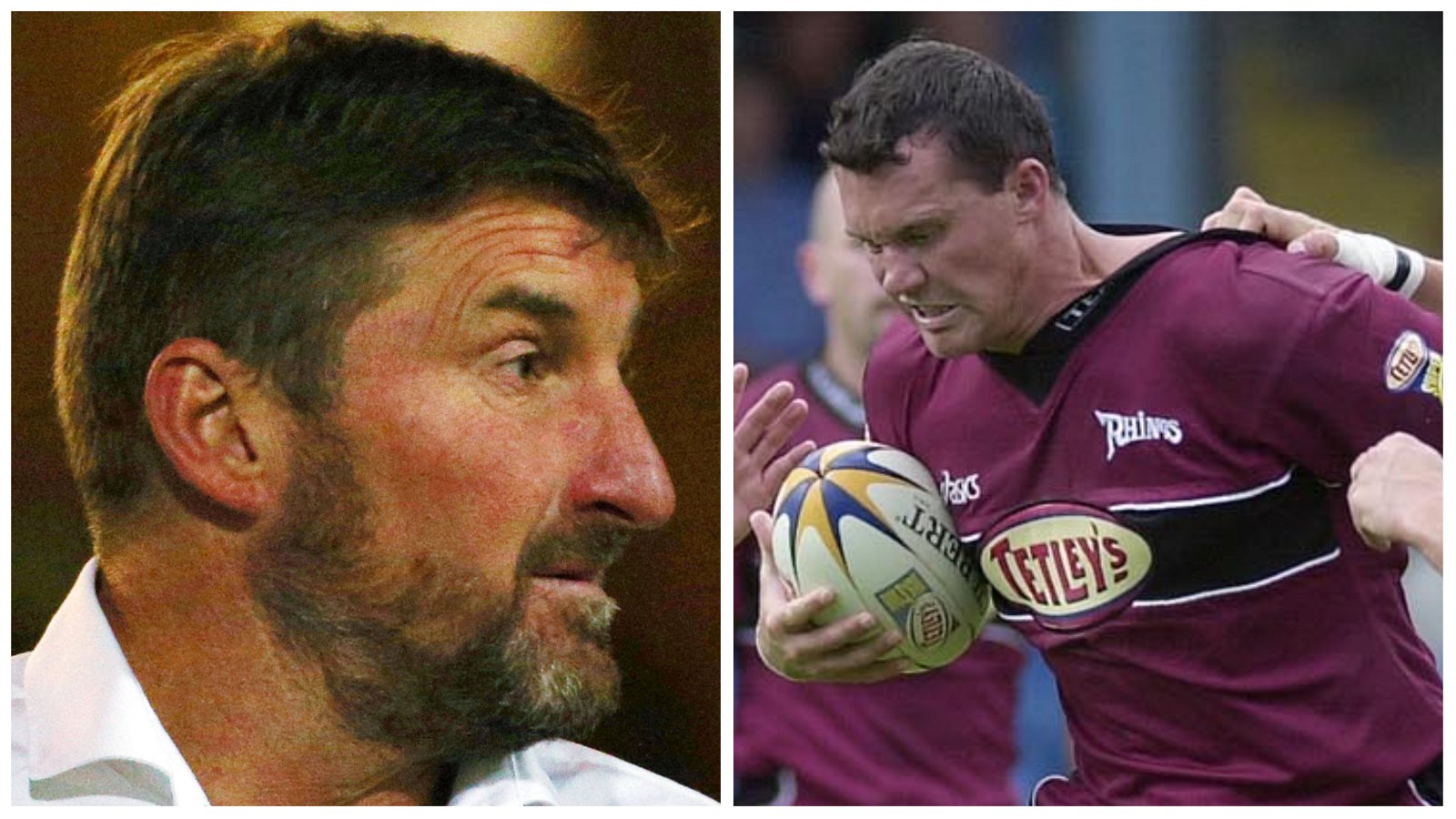 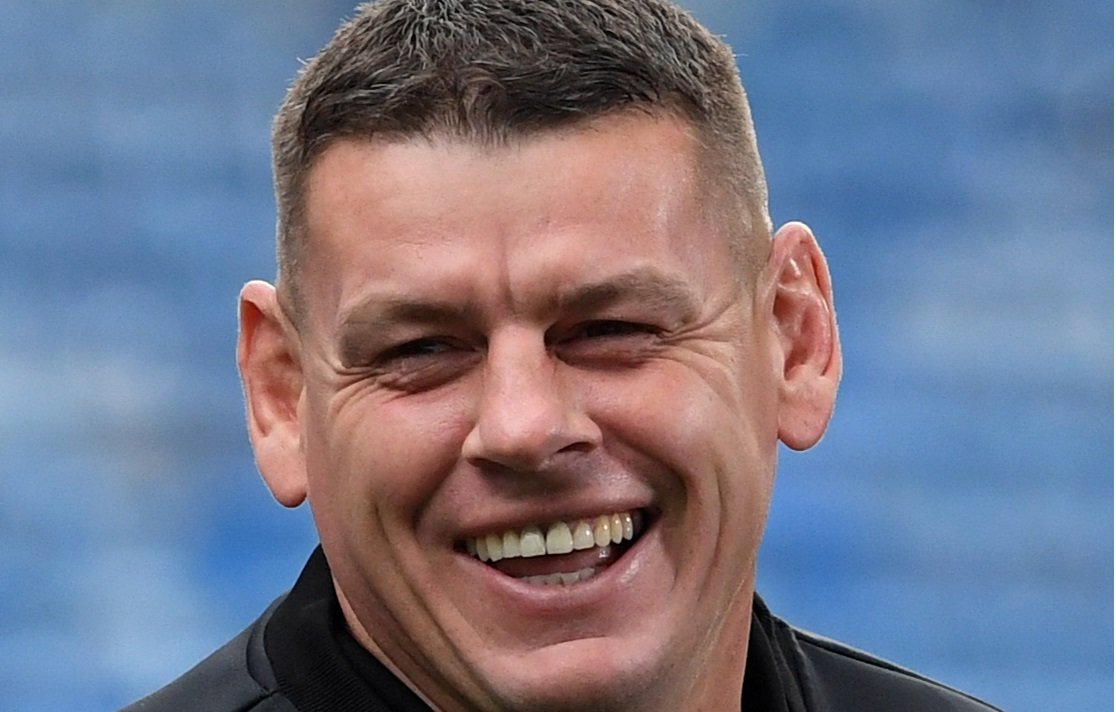 As I said earlier, the current St Helens side became only the third team in the history of rugby league in this country to win three titles in a row which justifies their place in the top three of this list, and their legacy could yet go on to expand beyond their current success potentially moving them higher up this list. In 2018, they cruised to the League Leaders’ Shield thanks to 26 wins from 30 games racking up 52 league points and they probably should’ve won the treble. A year later they again reached 52 league points losing just three games throughout the regular season before winning the Grand Final at the expense of Salford. They retained the title a year later against rivals Wigan before claiming a third consecutive title in a classic Grand Final against league leaders Catalans. That Grand Final win was adorned by a Challenge Cup success earlier in the year as Kristian Woolf’s side ended a 13-year wait for Wembley glory as they went on to secure an allusive double.

Wigan utterly dominated the 80s and 90s and it was a kind of domination rugby league had never seen or has seen since. They won a remarkable eight titles in 10 seasons including seven consecutive titles downing various challengers as they remained at the top for an entire decade. Their dominance over the league was complimented by eight consecutive Challenge Cup wins as they enjoyed a monopoly over the two main trophies. Even the Premiership was theirs more often than not as they won four from 1987-95. You might think their success would warrant top spot, and in terms of success it perhaps should but a dynasty is only as good as the teams you topple and the Cherry and Whites enjoyed little in the way of serious rivals. The lack of a salary cap and the growing monetary gap between them and others as well as their status as a professional side in an unprofessional league sees them miss out on top spot.

Despite the fact Leeds were competing in a salary cap sport, the Rhinos won the same amount of titles as Wigan in just four more seasons fending off a number of teams and edging a number of now famous rivalries against the Warriors themselves, St Helens, Bradford and even the likes of Warrington as they enjoyed remarkable success in a league designed to deny dynasties. They won eight Grand Finals from nine attempts in this period as they proved unstoppable at Old Trafford winning three in a row from 2007-09 and back-to-back titles in 2011 and 2012 both of which came from fifth. In this period, they won three World Titles as well as a pair of Challenge Cups including a record-breaking 50-0 win over Hull KR at Wembley as Leeds went on to secure the treble. Accomplishing all of this in a salary capped environment is simply remarkable and therefore sees the Rhinos take top spot.

Who came up with this? Your not only disrespecting the greatest team to grace this game you are also disrespecting at least 3 players to gracexthis great sport, Ellery Hanley, Shaun Edward’s and Andy Gregory were untouchable

I seem to remember Leeds spending a hell of a lot of money and going professional but they still couldn’t get near Wigan in that period. To put a team in second place that gave rugby league so much media coverage and had genuine household names that went on to dominate in playing and coaching roles in kick and clap is just scandalous.

Really dislike Leeds like the majority of the country Leeds has a claim to all things good . What’s Leeds famous for ????