As the NRL season reaches its crescendo this weekend with the Grand Final, how did the English fare? It was a mixed year for Englishmen in the NRL in 2017. For the first time in a very long time, no English born and bred players featured in the NRL playoffs. Cronulla Sharks NSW born Chris Heighington was the only England international to hit the field for the finals. While disappointing it is potentially good news for Wayne Bennett and England’s Rugby League World Cup hopes as with the RLWC kick off around the corner, the lads will be refreshed and champing at the bit to pull on the jersey with the cross of St George and do their nation proud.

Let’s review the top ten English players of the NRL:

Speaking of St George, the most excellent of the English was Dragons five-eighth Gareth Widdop. The Wizard started the season like his Dragons – breathing fire! Leading the competition in both attack and defence after six rounds it was no surprise the Dragons season started slipping when Widdop went down injured. He had the ball on a string and had the Dragons attack humming as he weaved his wand. Unfortunately for Widdop he needed help as the Dragons playoff push ran out of puff. A saviour is coming next season in the form of Ben Hunt. Despite being injured for a period, Widdop still finished 2nd on point scorers list and 3rd in the Dally M award count, a mighty effort and by far his best season in the NRL. Good times ahead for Widdop, the Dragons and England.

The superman of the NRL! Slammin’ Sam is the benchmark for toughness and work rate. He has the heart the size of a horse and carried the Bunnies like a Clydesdale. It wasn’t through Burgess’ lack of effort the Rabbitohs missed the finals. Burgess is the man the Rabbitohs look to for inspiration and the opposition target, which doesn’t faze Burgess one bit, he rises to every challenge and always comes out on top. His wholehearted 80-minute efforts were astounding in their consistency and quality. His engine is incredible, he just keeps going and his last tackle is as hard as his first, the same with his hit ups. Burgess is back baby! He could light the RLWC up and will be the beacon of hope for the Bunnies in 2018.

Hodgson was a hunted man in 2017. After his heroics for the Raiders in their brilliant run to the grand final qualifier, he was heavily marked and struggled to replicate his fantastic form. Opposition markers were all over him, usually illegally, stifling his spark out of dummy half. Hodgson still played well but as the Raiders season faltered, he was guilty of trying too hard and occasionally overplayed his hand as the pressure of the NRL table took a toll. Injury to Kurt Baptiste didn’t help as Hodgson offers great variety when they are both on the paddock and Hodgson utilised as a playmaking back rower. He is a key man for the Raiders and his country. Wayne Bennett will put a lot of faith and responsibility on Hodgson’s shoulders. 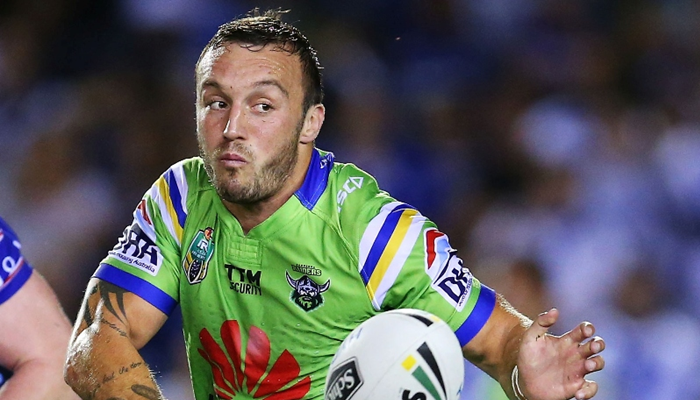 Whitehead couldn’t revisit his 2016 form as the Raiders run of close losses piled on the pressure and the righthand side where Whitehead resides weren’t as potent as previously – Jordan Rapana excepted. Moved to the middle late in the season Whitehead looked right at home. His work rate was exceptional and combined with his deft ball skills, Whitehead’s shift timed perfectly with the Raiders late run at the playoffs. Coincidence? Hmmm I don’t think so, I believe Whitehead may have found a new home for next season and potentially England.

The Ginger Ninja season mirrored the Bulldogs clunky and spluttering performances this year, injury affecting his output. He looked a yard slower but his effort and competitiveness was on show in abundance but his playmaking suffered as the Dogs lacked direction. His move to the Dragons is a win-win as Graham looked jaded with all the drama and will enjoy getting out of the distractions of the Doghouse. He’s a bargain buy for St George as his skill, aggression and fire will suit the Dragons plus he gives extra good value being so pasty white they won’t need to put a jumper on him, just paint a big red V on his chest! Saves on laundry too. 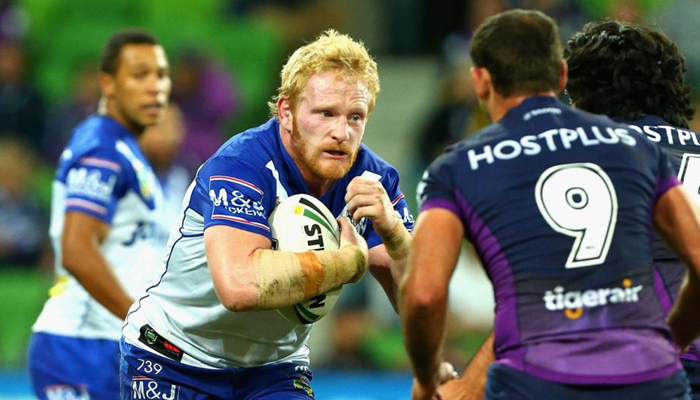 Considering the on-field injury toll, and the off-field shenanigans, Greenwood had an excellent season and was a mainstay of Neil Henry’s side. Greenwood slotted in nicely on the Titans left edge and quickly raised his output as his confidence increased. Greenwood is a big body and handled the week in, week out battering of the NRL admirably. He ran tough and direct lines with no fear. He also got over the try line four times including one pearler in atrocious conditions during the prodigious downpour when they smashed the Sharks that was one of the tries of 2017!

It’s normally harder to pick the Burgess twins apart than select the winner of the Melbourne Cup but this season it was simple, Tom was the one in the squad of seventeen! While George spent part of the season in purgatory for poor play, Tom ploughed away plugging the ruck and crashing the ball up through the guts with great gusto. Tom played okay without setting the NRL alight but was showing marked improvement at the backend of the season, along with the rest of the Bunnies burrow.

Wardle typified the Knights. He gave it everything he had in workman like performances and ended up Nathan Brown’s jack of all trades filling in at second row or centre when injuries hit. Wardle gave a good account of himself in his debut season in the NRL. Wardle’s tough tackling and hard hole running was rewarded with four tries and he quickly became a permanent fixture in the Knights inexperienced squad for the second half of the season. 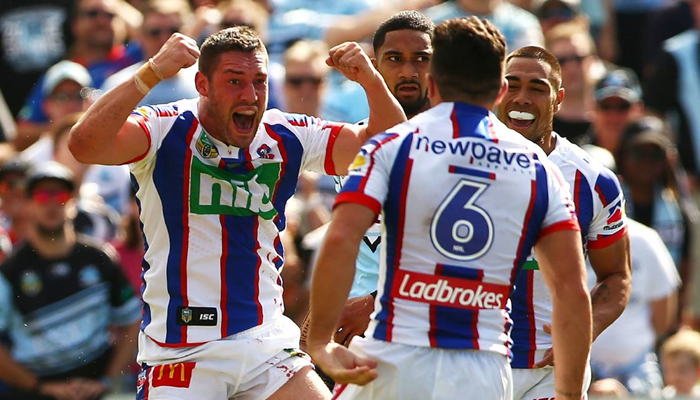 Big George was a great big disappointment. His dramatic drop in form has been puzzling. He tries hard but it just isn’t working for him. His hands continue to let him down, like brother Tom, the twins need to rub super glue on their mitts as they have hands like feet. Only occasionally George showed glimpses of his premiership winning 2014 form but it was generally ordinary. A new coach in Anthony Seibold might be the tonic George needs to rediscover his form.

Sarginson’s NRL career in 2017 never really got going. Injuries affected him greatly and he was one of the terrible number of Titans that went down with unfortunate regularity. Sarginson only played 5 games unable to settle and show case his undoubted talents. Shoulder surgery ended his season early in round 10, which meant the poor bugger had to spend the rest of the year doing bugger all on the sidelines watching his team mates grind it out. His team mates struggled and scraped to stay in games and bore blood, sweat and tears on the training paddock, oh at least he had Jarryd Hayne to keep him company. The tears were from Jarryd having to reluctantly go on and do something.