Rangi Chase will be leaving West Wales Raiders after just three months, but his next home is uncertain.

Bradford Bulls and Rochdale Hornets have been linked with the maverick halfback, but a cryptic Facebook status from the man himself could see him return to where it all started in the UK – Castleford.

Chase put on his status: “Happy to be back down the lane tiger” with a tiger emoji, sparking rumours that he could land a sensational move to the Jungle.

The New Zealander – who famously turned out eight times for England – spent five years at the Jungle, scoring 47 tries in 129 appearances and winning the 2011 Man of Steel. 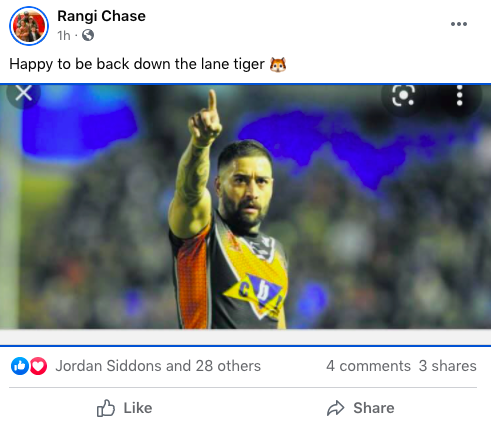