With the Canberra Raiders re-signing Sam Williams on a two-year-deal and English International half George Williams joining the side, Aiden Sezer is set to exit the ACT and head over to England. 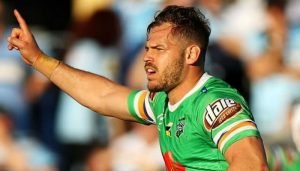 Whilst sources close to Sezer have stated that there are “still a few hoops to jump through”, the half has made a verbal agreement to join the Huddersfield Giants.

This move will give a huge boost to the Giants who finished just two points above the relegation zone in 2019.

The deal should be confirmed relatively soon, so stay tuned.