Warrington Wolves were able to get one over on the Castleford Tigers last night, putting the West Yorkshire side to the sword after weathering an early storm.

It is now two defeats in two for Lee Radford and his new club whilst Daryl Powell and Warrington boast a 100% record.

Tries from Matty Ashton, Josh Charnley, Peter Mata’utia, Rob Mulhern and Gareth Widdop sent the Wolves on their way as the Tigers could only reply through Derrell Olpherts and Jake Trueman.

After a sullied performance against Leeds last week, Powell acknowledged the big difference in his side’s performance compared to the showing they produced at Headingley last Saturday.

“Last week we got beat everywhere but I think we did a really good job today, we’re going to be as consistent as we can,” Powell said in his post-match press conference on Sky Sports.

“We want to build a brand for ourselves to be as successful as we can.”

However, despite what was a brilliant night for Warrington, it couldn’t have got much worse for Castleford fans, especially as a number of supporters sent us at Serious About Rugby League photos of damage to their coaches following the game. 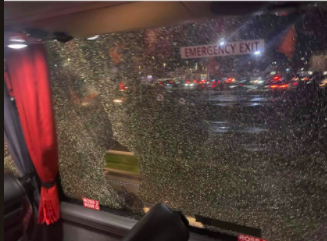 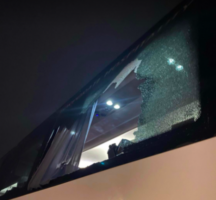 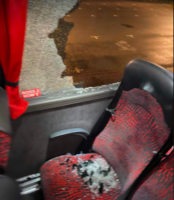 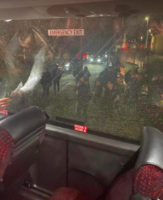 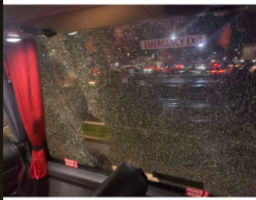 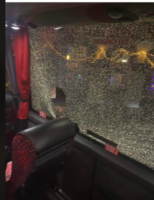 Sergeant Mark Spaven, from Warrington local policing unit, told the Warrington Guardian: “Thankfully there were no injuries reported however this was a frightening incident for the people who were on board the bus at the time.

“While our enquiries are ongoing to identify the youths responsible I am appealing for anyone with information that could assist with the investigation to come forward.”

Anyone with any information, CCTV or dash-cam footage is asked to call Cheshire Police on 101, quoting IML1204059, or visit cheshire.police.uk.