The King is Dead! The Titans board has finally pulled the trigger and fired Neil ‘King’ Henry, effective immediately, after bottling it last week. The circus lingered unfairly on the coach and the players. Take down the big top let’s move on to the footy with the finals on the horizon. Round 24 was full of action and surprises, though there was no wonder in the Storm wrapping up the minor premiership in ending the Knights great run. In other results the Eels defeated the Titans, the Rabbitohs whacked the Warriors and the Broncos downed the Dragons. Super Saturday saw the Roosters escape the Tigers claws and the Sharks endangered the Cowboys playoff hopes. Sunday saw the Panthers ruin the Raiders and the Bulldogs upset the Sea Eagles! Dessie Hasler even cracked it for a smile! Anyone see that coming? If you did you are either an oracle or dead set as mad as a cut snake.

The Panthers are on a serious roll now and are gaining momentum as September looms large. They were brilliant in taking the game to the desperate Raiders early and then taking it away from them late, for the second time this season. The Raiders must hate the Panthers and it showed in a spiteful end. Penrith’s seventh win in a row was their most impressive. Exploding out of the blocks, Josh Mansour was unstoppable swatting Raiders away like flies. James Tamou ran aggressively and the halves hummed. The Panthers have strike power everywhere you look, Nathan Cleary and Matt Moylan in the halves, Dylan Edwards scything through on kick returns, and Waqa Blake monstered Jarrod Croker. The frightening aspect to the Panthers is Bryce Cartwright hasn’t handed the Carty party invitations out yet and Trent Merrin played well in his first match in ages and will only improve. Add Tyrone May causing mayhem off the pine and these Panthers are purring and ready to pounce if the Storm subsides.

The Raiders season may not be officially over but it’s on life support. When you’re relying on other teams losing and yourself defeating the Storm in Melbourne you may as well book your Mad Monday function hall. The dressing room will have been devastated, another game the Raiders let slip away and yet another performance where to find fault they must stare into the mirror. It was typical of their season, all effort and great in patches but mixed in with errors, ill-discipline, one on one missed tackles and a lack of composure in vital moments. The second half fightback was inspirational showing great heart and spirit to hit the lead and seemingly take control but to let in a late try with the season on the line was heartbreaking and summed up the Raiders season. The Green Machine in 2017 has been the little engine that shoulda, woulda, coulda but didn’t.

For those waiting for the Melbourne Storm’s Big 3 to swan off into the sunset so they can be taken down a peg you better have a plan B. The Storm showed off their future as Cooper Cronk was rested and young genius Brodie Croft stepped into his shoes like they were made to measure. Croft tore the Knights apart, lighting up the Hunter with a sparkling hat-trick, while Curtis Scott continued his fantastic form. They are not only skilled to the max, they are tough, both taking heavy knocks, yet got off the canvas and knocked the Knights winning run on the head. The Storm’s destiny seems assured. They showcased their young guns both holding an arsenal of ammunition that is locked and loaded, prepared for the playoffs. Generation Next is Generation Now!

Cluck Then Clock Off

The Roosters are so close to being a gun side but until they learn how to play for the full 80 minutes they are not going to take out the title. Trent Robinson’s men displayed this undesired quality again as their comfortable lead dissolved before their eyes. It took a late try from superstar Latrell Mitchell to poke their beaks in front. The Mitchell’s Pearce and Latrell are symptomatic of the unfocussed bird flu that afflicts the Chook pen. The Roosters flick from hot then cold in a flash. Robinson must be scratching his head at how to mend this malaise with September around the corner. Speaking of Flash, Michael Gordon will want to flush the memory of his return from injury down the drain. He had a Barry Crocker.

The Broncos have bolted into second spot and are warming up for a tilt at the title nicely. Anthony Milford led the way as they disposed of the Dragons without much drama. Milford was the star who set Suncorp alight with some sweet steps as others stumbled. The Broncos were a bit all over the shop like Wayne Bennett’s press conference mumblings but unlike Wayne’s cryptic musings the end result never in doubt. The Broncos current playmaker set up with Milford, Kodi Nikorima and Ben Hunt is off the cuff and very un-Bennett but that’s what they might need to quell the Storm. Melbourne has had the wood on the Broncos for years and they need to go against the grain, this may be the way. 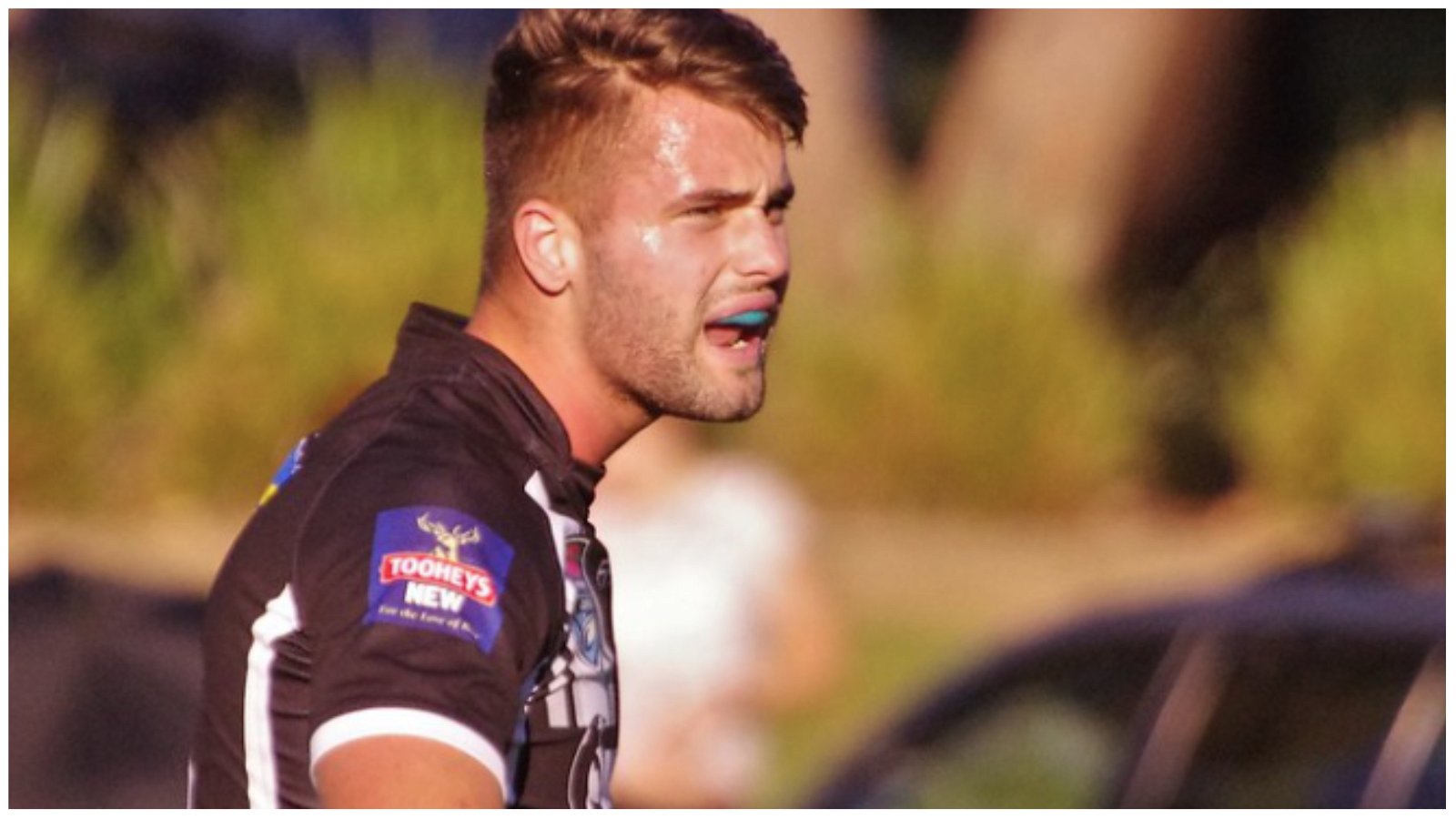 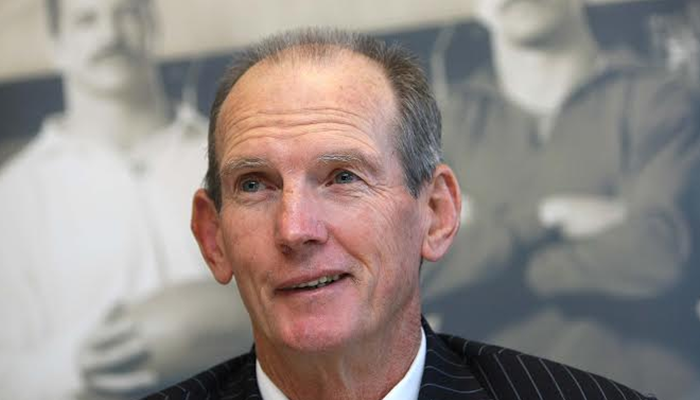 The Sharks turned on their best display in quite some time to take down the injury hit Cowboys. With their Top 4 spot under threat, the Sharks lifted and put the game to bed early and though they took their foot off the Cowboys throats late, the damage was done. It was no coincidence Cronulla crushed the Cowboys as Andrew Fifita played his best game since Origin I. He steam rolled the Cowboys big men and laid a great foundation for the speed men led by the impressive Valentine Holmes to spark off. It was a brilliant homecoming for Townsville born Holmes. He is the touch of class Cronulla need to break down the big boys of the competition. The only worry out of Saturday was the dire defensive effort of James Maloney. He missed a motza of tackles and will have a mountain of traffic coming at him from now until the end of season sunset.

If you don’t feel for the Cowboys in their current injury crisis then you either have a heart made of stone or are a Raiders or Dragons supporter. What is going on up there? Have the footy Gods gone troppo? Did Paul Green steal a lollipop off a baby in a past life? Nothing is going the Cowboys way, they’re dropping like flies. Poor Kalyn Ponga running around with his arm hanging by his side attempting to play on was a sad sight. Players are either dislocating shoulders, elbows or banging heads. Michael Morgan has a seat in the HIA room with his name on it. Courageously the Cowboys have been clinging on in games, somehow keeping in the contest but eventually falling. They’ve earned nothing but admiration from all and sundry, again bar Dragons and Raiders fans and are still hanging in the Top 8. Who is fit enough to take the field next round against the Tigers is anyone’s guess. I assume Paul Green will ask his troops at training who wants to play and the 17 who manage to raise a hand or sling up in the air are in. He’ll work out positions later.

I apologise to all Bulldogs fans for my massive error in judgement. You found some heart and soul as Manly sink to the bottom of the 8. The horror show on display came from the Sea Eagles who are no longer soaring but slumping. If the Sea Eagles survive to September, on the performances of the past fortnight, they are cannon fodder and will get blown out of the water in week one. Luckily they play the Warriors this week, which should hand Manly the win required to make the finals but after losses to the Tigers and the Bulldogs even that is not a given. The Sea Eagles are struggling and need to reset their attitude. Trent Barrett needs to send a search party out to find some form before it’s too late.

Alex Johnston put on an absolute clinic of class finishing as the Rabbitohs ran over the top of the Warriors. His hat-trick moved him to an incredible 22 tries and continues to be the leading try scorer. The highlight was his step and swerve at full pace around Roger Tuivasa-Sheck, leaving RTS grasping at thin air. It was awesome to watch but in doing so, Johnston unfortunately tore his hamstring. It was such a shame but if that’s Johnston’s last moment of 2017 then he’s finished on a magic moment for the show reel. His move to fullback has been brilliant and gives the South Sydney faithful hope that the cardinal and myrtle can rise again in 2018.

Eels Back To Winning Ways

Parramatta weren’t at their best against the Titans but did the business very professionally and next is the big test for Brad Arthur’s merry men. The Eels target is a Top 4 spot and if they hit the bullseye, can they take the next step and more than make up the numbers in September? The forwards have the toughness and the offloads while the halves have the skills, running and kicking games. The backs have the speed and the finishing and as Will Smith showed in his marvellous cameo at fullback, the Eels have the depth to cover a couple of key injuries. Parramatta have shown they can more than match it with the big boys as their demolition of the Broncos a few weeks ago showed but that display needs to be shop fronted week in week out for the Eels to move from pretenders to contenders.

To the Raiders fan who spat at referee Ashley Klein as he walked off at halftime, I hope you are banned from our game for life. Not only are you a disgrace to the Raiders and the great game of rugby league, you’re a bad shot! You missed by a country mile, you can’t even deliver bile with any accuracy or quality you low life. It was a deplorable act by the gobbing grub and one hopefully not repeated. The lime Green Goblin certainly won’t be able to after the Raiders tore up his membership and I applaud them for doing so. No club wants support like this. I hope Ashley Klein receives an apology as well, his decision making was not the reason the Raiders were behind or lost. No one deserves treatment like that. Referees are only human they do an extremely tough job to the best of their abilities. We don’t always agree with them and don’t always like their decisions but you must respect them at all times. Guess what? They’re the boss and what they say goes*

Never forget, without referees there is no game.