Gutherson was again in fine form for the Eels. The 25-year-old assisted three tries and made 247 run metres in his side’s 42-4 victory over the North Queensland Cowboys.

Maumolo was outstanding in the Warriors vital win over the Broncos. Maumolo scored two tries and made 270 run metres in the 26-16 victory.

Crichton scored two very important tries in the Panthers clash against Wests Tigers. The young star also made a line-break and ran for 86 metres.

Another Team of the Week appearance for Josh Morris. The 33-year-old scored two tries, 115 run metres and two line breaks in the Roosters loss to the Storm.

Sivo was immense in Round 8 as he crossed for four tries, made four line breaks and 144 run metres as Parramatta maintained their spot at the top of the ladder.

Another Parramatta player that makes the Team of the Week for Round 8, Dylan Brown was instrumental as he assisted three tries during his side’s comfortable win. 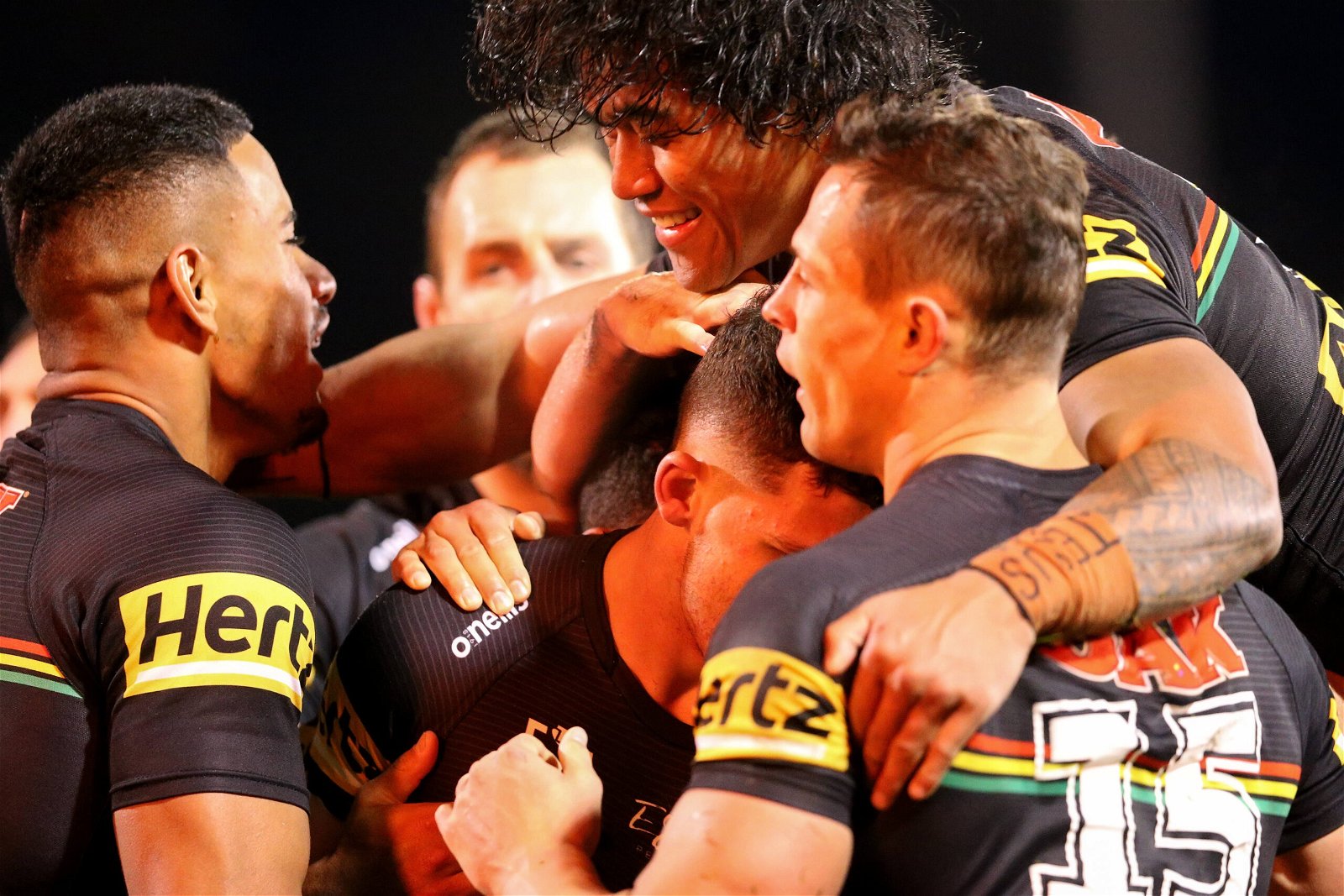 Hughes produced his best performance of the season against the Roosters as his side narrowly clutched victory in Golden Point. The 25-year-old scored two tries, set up another and made 121 run metres.

The Sharks continued their good form as they recorded their third-straight victory win a 40-10 victory over the Gold Coast Titans. Hamlin-Uele scored a try, made 156 run metres, 56 post-contact metres and 18 tackles.

Koroisau continues to prove to be one of the best signings of the season. The Panthers hooker seems to have taken the side to another level in 2020. The Fijian international assisted the game-winning try, made 74 run metres and 53 tackles during his sides win over the Tigers.

Paulo again impressed once again as he continues to make his case for New South Wales selection for this year’s State of Origin. The Eels front-rower made 223 run metres, 97 post contact metres, 7 offloads and 27 tackles in his side’s win.

Making his first appearance in our Team of the Week, Su’a was on the scoreboard in the Rabbitohs victory over the Bulldogs. Su’a made 127 run metres, 56 post-contact metres and 27 tackles.

Despite being on the losing side, Faitala-Mariner was impressive against the Rabbitohs. The Kiwi scored a try, made 104 run metres, 47 post contact metres and 46 tackles in the loss.

Murray was excellent in the Bunnies Round 8 victory.  The New South Wales representative assisted one try, made 104 run metres and put in an outstanding defensive effort with 49 tackles.