Rugby league is many things but one thing you cannot accuse it of is being boring! The coaching guillotine has been shelved after delivering one lusty blow. Ivan Cleary has taken the Tigers by the tail and Des Hasler has played everyone like a fiddle. He’s gone from out of a job a week ago to signing a two-year extension! Dessie’s deal making pays homage to Donald Trump’s as does his flowing mop. Cooper Cronk sent NRL agents into a lather announcing he’s moving to Sydney for love, where his fiancée Tara Rushton lives. I’m amazed Channel Nine didn’t try to cash in on the romance and put Cooper and Tara on ‘Married at First Sight’! I wish them all the best and hope they don’t end up on ‘The Last Resort’, where we could find the Tigers, Titans and Knights being counselled as another loss and their season’s will be on life support. To top off a massive two days, the Panthers dropped three players for ‘disciplinary reasons’… Hmmm pass the sauce.

Both last start losers, we have a ripper of a game to begin round six. After the Broncos copped a Bulldog bruising they will enjoy meeting the Chooks minus Dylan Napa the most intimidating Rooster in the hen house. The halves duel should be exciting as will the Boyd Cordner, Matt Gillett match up. Latrell Mitchell looked half asleep last week, now we’ve just moved out of daylight saving he may need No Doz to get through his one. This should be so close the Broncos water boy Allan Langer could be the difference. Alfie spends more time on the field than the Steeden steering the team around!

Are the Bulldogs back or was last week a one off smash and grab? Last week’s sterling debut by Matt Frawley has been rewarded by being sent back from whence he came. This means Moses Mbye and Josh Reynolds have to perform and continue the roll. Hopefully the Bulldogs big boppers lay a similar platform for their halves sake. The Knights were once again brave last week and just fell short, but they are at home and can find the stripe, something the Doggies are struggling to do. Bulldogs beware it’s the return of the Ross Dog! The Novocastrian caped crusader Nathan Ross missed last week but his spark will rev the team and the crowd up. The Knights are down but will battle hard.

Three players sent to the naughty corner, including the captain Matt Moylan along with injuries to Tyrone Peachey and Bryce Cartwright is testing the depth and patience of the Panthers. The Rabbitohs couldn’t be visiting Pepper Stadium at a more fortunate time and will have the shaker ready to pour salt onto the Panthers self-inflicted wounds. Cody Walker will look to wreak havoc on the make shift Panthers back line. Both sides sit on four points and though this is about 18 rounds too early to call this a crunch game, a win will go down nicely and if it’s the Panthers celebrating in the change rooms, check the Gatorade hasn’t been spiked.

Two in form teams will launch into each other at Lottoland. The Sea Eagles have blasted into orbit the past three weeks. Trent Barrett has given licence for the side to chance their hand and the Eagles are flying with the freedom via their mobile pack offering second phase opportunities that the backs led by Dylan Walker are capitalising on. They meet the red-hot Dragons in a purple patch. Gareth Widdop is playing out of this world and loving the new attacking style of football Paul McGregor is encouraging this season. Josh Dugan is a huge loss, his gammy hammy will lower the team’s ink and running stats. 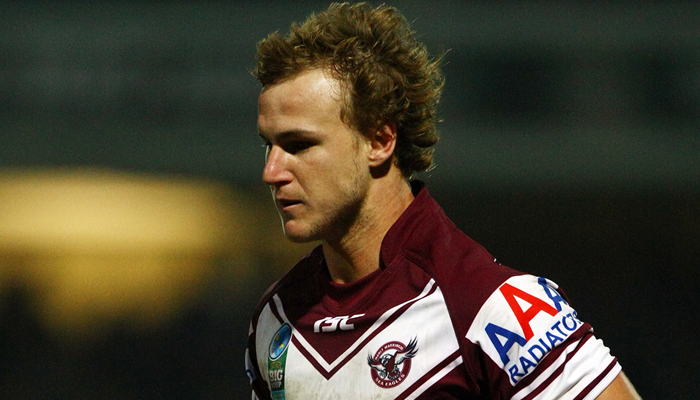 The Titans are back on home turf after wilting against the Warriors. They have not had a happy start to 2017 and don’t expect a Raiders side coached by Mr Chuckles, Ricky Stuart to cheer them up. Kane Elgey and Ash Taylor are really beginning to hum they just need the rest of the side to sing. A huge dollop of luck would help, the Titans are due some. The Raiders are back at full strength with Elliott Whitehead’s return and they look ominous. Jordan Rapana is in irresistible form and if he is not shut down will have a field day. The Titans must start turning the tide or their season will be swept out to sea. The Vikings are coming, sailing in to the Goldie on a lime green tidal wave.

Ivan Cleary takes the reins in his first game as coach of the Tigers against the Cowboys, the hardest road trip in the NRL. Cleary will have a clearer idea of where his side is at after 80 minutes in the house of pain otherwise known as 1300SMILES Stadium. The Cowboys are going great guns and will be prepared for a fired-up Tigers side out to impress the new gaffer, except Mitchell Moses who apparently wants out already! Jake Granville’s broken leg opens up a spot on the bench for whiz kid Kalyn Ponga and look to Ponga to exploit the Tigers ruck, which is usually wider than the smile on Jonathan Thurston’s dial as he departs at fulltime.

All of a sudden things are looking brighter across the ditch. Kieran Foran’s Warriors debut flicked a switch. Foran’s calming presence saw Issac Luke scoot from dummy half like a shot out of a gun, Roger Tuivasa-Sheck stepped like Sinatra, Ryan Hoffman ran through holes like the Hoff in Baywatch – same slo-mo speed just more clothing, and most importantly Shaun Johnson was free to roam. Parramatta are in a slump and looking for a saviour. Corey Norman’s early season star has waned but the Eels need him to regain his mojo. Eels forwards will love the opportunity to let Foran know how much they miss him, expect Tepai Moeroa’s shoulder to say “Hey Bro” at some stage. The rebuilt and rebooted Foran 2.0 will be fascinating viewing and potentially the difference.

Round six ends with the Grand Final rematch. Knowing Cooper Cronk is breaking up the Beatles, the Storm will be even more primed to end the year as premiers. Despairing opponents will hope Tara Rushton will be the Yoko Ono in the recording studio as the Storm dressing room is like a brotherhood with Craig Bellamy as the daggy dad or producer George Martin to continue the Beatles theme. The Sharks haven’t found their rhythm yet, a common affliction of a reigning premier struggling for motivation. Paul Gallen and Andrew Fifita will take it upon themselves to wage war on the Melbourne machine but it will take more than a few bangs to dent the Storm in their current mood.

Enjoy the footy and gamble responsibly, and tipsters will have noted I’ve dodged the Dragons again. This time I’m rolling the dice believing their wild ride of incredible form will stall against Manly. Have I just rolled snake eyes?!? Stay tuned.