We’re getting down to the nitty gritty. Four rounds to go and the pressure valve is tightening. Stress levels are rising and the teams and players who cope best will prevail. Officials are under the microscope, fans needing a villain and the spotlight constantly falls on the men in the middle and their brethren in the Bunker. For the refs best friend, the coach’s, the mercury is always at bursting point. Win or lose they always look like they’re having the worst day of their lives – apparently they enjoy it. One mistake and it could be season over. Glad it’s not me but it’s highly entertaining. Bring it on!

A hard sell this one as round 23 kicks off with two teams who have nothing to play for but pride. Despite their low ranking and potentially even lower standard on show, there’s plenty of interest… I can’t believe I wrote that, kudos to Channel Nine and Fox Sports marketing departments, you hooked me! Seriously if you’ve got Game of Thrones episodes to catch up on or want to get into The Handmaid’s Tale, tonight’s the night. Personally I can’t wait for the Battle of Britain. Enjoy the argy bargy between James Graham and Sam Burgess as they play their own personal MMA match which could end in both going for an HIA. The clash of the coaches under the kosh: Des Hasler in the doghouse and Madge Maguire in the mire. Both have their positions under pressure, even though they are backed publicly by their clubs aka the Death Knell! On the field, Souths showed spirit in downing the Dragons while the Bulldogs are playing as if Mad Monday cannot come quickly enough.

The Eels are on a roll and have forced their way into the fight for the Top 4. They are playing fantastic footy and have such a favourable draw they have no excuses not be finishing up there. Mitchell Moses has been grabbing the headlines but it has been the grunt work of the forwards that is setting up the platform for Moses and Corey Norman to ice the sets and apply pressure. Brad Arthur has Parramatta playing with power, purpose and pizazz. The Knights have been playing very good footy for a side stuck to the bottom, another upset here and the wooden spoon is suddenly loosened from the Tarzan grip they had on it. Nathan Ross is gone for the season after breaking a bone in his back which is such a shame as he’s been such an inspiring figure for the Knights. The always impressive Dane Gagai shifts to fullback where he’ll enjoy the extra space. Young gun Lachlan Fitzgibbon has had a great rookie season and gets his chance to shine testing himself against the mighty Eels backrow. The Knights are aiming for an incredible three in a row but I think it’s a drawbridge too far.

The race for the Top 4 takes top billing here. The loser of this one will find it hard to find the safety net. The Broncos were white hot last week in terrorising the Titans with Ben Hunt at hooker exceptional. It was hard to gauge how good he was with the Titans raising the white flag very early on and the Sharks will be a tougher prospect especially after their disappointing loss against the Raiders. Josh McGuire has been damaging and his duel with the wrecking ball Andrew Fifita will be worth a ringside ticket. The Sharks title defence has been valiant but it’s been a spluttering season. They looked old and tired last week, not surprising take a look at the forward pack, Paul Gallen and Luke Lewis are regulars at Bingo at the Leagues Club. Chris Heighington rides a mobility scooter to and from training. Form is not a tap that can be turned on it needs to build and the foundations for the back to back attack must be set soon. James Maloney returns which will spark the Sharks but the Broncos in Brisbane will brush them like Banksy. If Wayne Bennett cracks back to back smiles the infamous graffiti artist may sneak into Suncorp and spray his smacker onto the stadium walls.

The Dragons are in a bad place at the moment. They are caught in a downward spiral that they may struggle to drag themselves out of. They have had two very winnable matches against the Knights and the Rabbitohs go pear shaped which has bent their playoff prospects like a banana. The forwards need to rise and make a stand. Gareth Widdop is just about out of wands but the Saints need to keep faith and get back to winning ways. The Titans tussle couldn’t have come at a better time as the Dragons need the two points desperately. After a gruelling year the Titans are running on empty. They are trying but last week’s Bronco belting was pathetic and lacked character, which is not normally associated with the Gold Coast – the team, the city yeah fair point. Kevin Proctor returns and though he’ll boost the team, Konrad Hurrell is the main man the Titans are missing. Jarryd Hayne believes he is the man on the Goldie but he has been MIA, the glitter is not glistening in this strip. The Dragons have the motivation and should have too much fire power. We’ll know after these 80 minutes whether the Saints have the drive to reverse the drop. 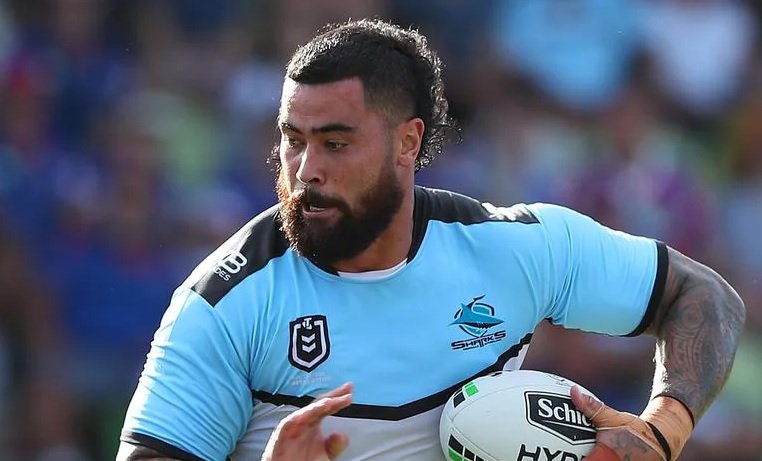 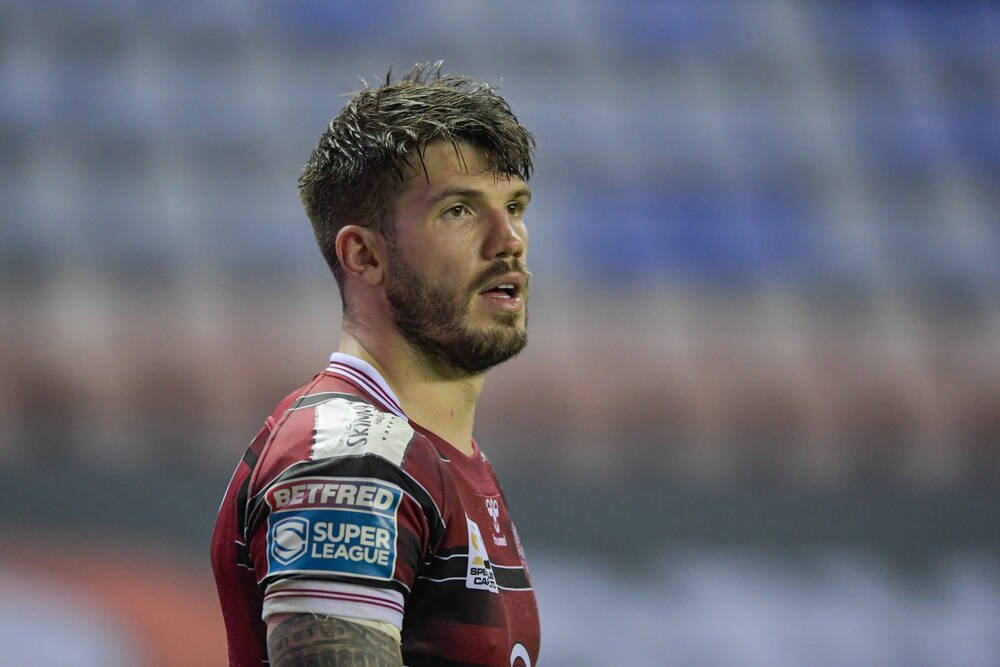 This is the top of the table clash but the Storm are so far ahead of the pack that I’m just calling it the best against the next of the rest. Melbourne were a touch off against the Cowboys and still won in a canter, maybe there was a bit of a letdown after the majestic fanfare of Cam Smith’s 350th. Cameron Munster and Tohu Harris are both still out but the way the Storm are surging towards the minor premiership it won’t matter. They are the complete unit, the envy of the NRL. The Roosters confidence was cracked by the Sea Eagles last week. They were battered by the Eagles and were unable to turn the momentum in a second half Trent Robinson described as ‘weak’ and that’s being kind. In good news for the leaky defence and the club’s finals run home, Jake Friend and Boyd Cordner both return which brings the Roosters right back into this one. Negating this is star flanker Daniel Tupou is out for 4-6 weeks with a groin injury which severely hampers the Roosters lethal left edge. Latrell Mitchell is paired with Joseph Manu now so there’ll be more hot-stepping than a chook pen with a fox on the loose. Unfortunately for the Roosters the Storm have their own Fantastic Mr Fox in Josh Addo-Carr. Expect the flying fox and Suliasi Vunivalu to see plenty of ball as the Storm march through the middle before Cooper Cronk and Billy Slater fling the ball out wide in a flash unleashing the flyers. The Storm can wrap up the minor premiership by roasting the Roosters.

This is a massive game with huge ramifications for the finals. The Panthers have only just clawed their way into the 8. Lose and they face the fast finishing Raiders next weekend and could undo all their hard work. Matt Moylan is close to a comeback but Tyrone May has been a revelation in his place. There is still plenty of improvement in the Panthers which is a scary thought. Bryce Cartwright’s involvement and influence will increase and Trent Merrin is still a couple of weeks away. Dylan Edwards has been brilliant and the rookie will have his hands full trying to halt the likes of Jason Taumalolo and Coen Hess. Communication is important at the back and Edwards will want to manoeuvre his forwards like human shields before they get near him! The Cowboys desire a top 4 spot, a loss here and that is in serious jeopardy. They were good in defeat against the Storm. I’m not sure which game Paul Green was watching but his complaints against the refereeing were startling. Maybe I’m feeling sorry for the constant bagging the whistle blowers have been getting, especially their number one ref Cameron Smith, but I just thought the Cowboys got beaten by a far better side. The highlight for me is the return to Penrith of Te Maire Martin, I’m certain he’ll receive a frosty reception in the cool at the foot of the mountains.

The Warriors have shelved the heart and the Haka and are doing a duck dive down the table. They have been appalling the past month infuriating fans. Stephen Kearney has run out of patience and has dropped Issac Luke to the bench. The bench? Is that it Steve?!? That’s like getting slapped in the face with a wet feather, the whole lot of them need benching as the stench coming from their play would kill a Kiwi. The Warriors need a mug of muscle up! This shapes as the mismatch of the round. The Green Machine is shifting through the gears and could put a cricket score on the Warriors, much needed if the Raiders are to make the 8 as it may come down to for and against. The Raiders cut out the errors and completed at 91 per cent last start and hey presto they looked contenders not pretenders. The forwards are the key and if Junior Paulo and Shannon Boyd aim up the Warriors won’t know what hit them. Josh Hodgson is back running the show with swagger and will worry the Warriors weaving his magic. If the Raiders can’t whack the Warriors they can say sign off on the season.

The Tigers have improved immensely under Ivan Cleary. They pushed the Panthers all the way but are still making elemental errors which are killing them but the effort is there. The defence has hardened up but the line is still breached far too easily close to the stripe. The red zone at each end is a worry for the Tigers their last tackle options are comical at times especially when Tui Lolohea plays the class clown. Lolohea is a talent but he runs rings around himself as often as the opposition. The Sea Eagles returned to form taking flight in the second stanza in style against the Roosters and the Top 4 is back within reach. Marty Taupau monstered the Roosters and the Tigers forwards are not exactly frightening. Off Taupau’s platform, Tom Trbojevic terrorised the Chooks and he is the man most likely to tear the stripes of the Tigers. His match up against James Tedesco brings two of the fastest fullbacks in the NRL together. I would love to see both in open space, we can only hope for a dry track. Sunday afternoon at Leichhardt is league heaven. Unfortunately for Tigers fans the only side moving upwards is the mighty Manly.

Enjoy the footy and remember gamble responsibly. If you’re up for an exotic bet try get on this one. When will Ray Hadley commentating on Channel Nine take his first breath? Last week I think it was around the 29th minute… of the second half. Maybe slip it into a multi along with the Warriors going down by 13+ into Phil Gould harping on about the same topic until it actually happens into the Bunker getting 100 per cent of their decisions correct (according to Tony Archer).
It’s a sure thing, get on it!