The biggest day of the NRL calendar and we’ve ended up with a magnificent match up to round out a remarkable season. It’s 1 v 8, minor premiers the Melbourne Storm taking on the sentimental blokes, everybody’s new favourite second side the North Queensland Cowboys. It’s machine versus man! The Storm out to terminate the fairy tale tilt at the title by hitting the Cowboys from the outset with an awesome array of attacking artillery from every angle. The problem with this plan is the Terminator had to deal with Sarah Connor, well the Storm are facing a group of men so tight and tough they make Connor look as violent as Dame Edna Everage beating Craig Bellamy with a bunch of gladdie’s.

The Storm were always going to be in this match. They’ve been the benchmark of the competition and runaway minor premiers combining amazing attack, tenacious defence, league legends surrounded by youthful exuberance all guided by the best tactician in the business – it’s a lethal cocktail. The Cowboys have been the surprise packet. With every reason to throw the towel in after the demise of Matt Scott and the ultimate talisman, Jonathan Thurston, they learned to survive and eventually thrive. The bonds created through this shared hardship have given them the adrenaline to surge through the playoffs and the light to make their sensational spirit shine.

Sneaking in through the Canterbury made doggy door, the Cowboys grabbed the opportunity and dug deep finding the belief and faith in themselves and their brand of footy. The script written for them was tossed into the camp fire and the Cowboys set about blazing their own trail for premiership glory with the word destiny branded on the cover. Standing in the way of rugby league immortality is a side containing three elements which can finish a fairy tale in a flash: Cameron Smith, Billy Slater and Cooper Cronk are the three ugly sisters who can spoil Cinderella’s night out. Ugly? Imagine Cameron Smith in fishnet stockings and high heels… okay maybe don’t.

The Big 3 are on a mission. This is their final game together and it may very well be Cronk and Slater’s final NRL game. The end of the road is coming quickly and the Storm’s nerves have been jangling like the fluffy dice hanging from the machine’s rear-view mirror, which will need adjusting when they sight Jason Taumalolo stampeding towards them! Objects may appear closer than they are, no Taumalolo in Beast Mode really is that big! Melbourne’s opening stanza’s in the finals have been frantic leaving Craig Bellamy fraught and frothing at the mouth in the coach’s box. Note to the Storm assistant’s – pack emergency poncho’s! The Big 3 are all super experienced on the big stage and while last year’s Grand Final loss is a huge motivation, the Sharks also exposed flaws in the Storm system, they are beatable.

While the focus is on the Big 3, it is the support cast that has been shining. Felise Kaufusi has become a major weapon on the right edge, while Cameron Munster’s toughness and off-the-cuff style is hard to combat. The speed out wide is frightening as any half chances are gobbled up by the flashing flankers, the flying Fijian Suliasi Vunivalu and the Fox, Josh Addo-Carr. This is a far better and more dangerous version than last season’s model. They risk more but reap the reward but this also enlarges the error count and this is the Cowboys chance. 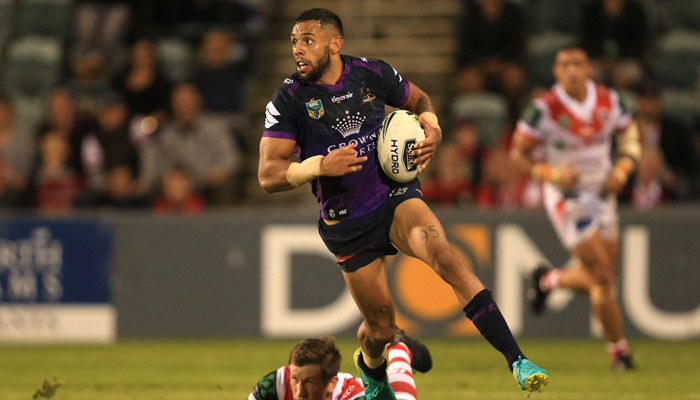 Overlooked in the Cowboys rugby league royalty injury toll is the quality that is still on the park. This is a fantastic side who have played the best finals footy in these playoffs by far. The team utilises a simple but highly effective game plan devised by Paul Green that hands the Cowboys great field position and possession. They choked the Chooks like a boa constrictor in snake skin Cowboy boots as they play a grinding game of ‘who cracks first’. The Cowboys back themselves because they have become unbreakable. They just play damn hard, in your face footy and the Storm better enter the arena with aggression or they’re in big trouble as they’re the last name on the Cowboys hit list.

Both sides have name unchanged sides from last week, the Cowboys resisting the temptation to slip Matt Scott into the 17. A smart move from Paul Green as this side has formed irresistible momentum and to remove one piece of that intangible bond could upset the apple cart. Their key men are the superstars still on the paddock Michael Morgan and Jason Taumalolo, both in stellar career best form. Morgan is so in control of his emotions and game, he has been the dominant playmaker of these finals. Thurston’s absence left a huge hole for Morgan to fill but it has been the making of him. Taumalolo is the monster metre-eating monolith who has trampled over all comers. If this Cowboy can muster one more enormous eighty-minute effort out of that boulder of a body he could send shockwaves through the Storm. I thought they gave the Clive Churchill Medal to the wrong JT in 2015, Taumalolo could rectify this if he fires.

The Cowboys posse surrounding their stars rivals the Storm’s for quality. Scott Bolton has been the unsung hero all season but he and Jake Granville have a huge job shoring up the ruck. The Storm will send a lot of traffic at the Cowboys via Billy the Kid and any heavy legs will be found out by the slashing Slater. This is where the extra game the Cowboys have been forced to endure through three consecutive trips to Sydney may tell but instead of tiring the supposed weary Cowboy warriors look fresher each week. Ethan Lowe typifies these endless, effort on effort plays the Cowboys have been producing and he has become an invaluable member of this squad, his Thurstonesque goalkicking could be the determining factor.

Both sides have tremendous defences and it may take something special to break either side down. The Storm attack mostly revolves around the focal point of Cooper Cronk, while the Cowboys play a more conservative style they have a major point of difference in playing Te Maire Martin and Lachlan Coote on either side of the ruck, giving the Cowboys excellent options with Coote’s kicking and Martin’s passing and running mixing it up. Thurston’s injury has made Martin’s midseason move from Penrith the shrewdest investment, and bargain buy of the year, he must have come with a bonus set of steak knives.

This match boils down to a very basic fact. If the Storm play their best they will win, their best is better than anyone else’s, but if they’re off just a tad the Cowboys can strike. Two weeks ago, I would have said that fitness would be the difference but the resilience of these Cowboys has manufactured a momentum that is almost unstoppable… almost. The neutrals have jumped on the jam packed Cowboys bandwagon now resembling the Delhi to Kolkata Express in peak hour. The romantics are riding the Cowboys juggernaut all the way to ANZ Stadium but they’re about to enter the epicentre of a mightily strong super Storm. 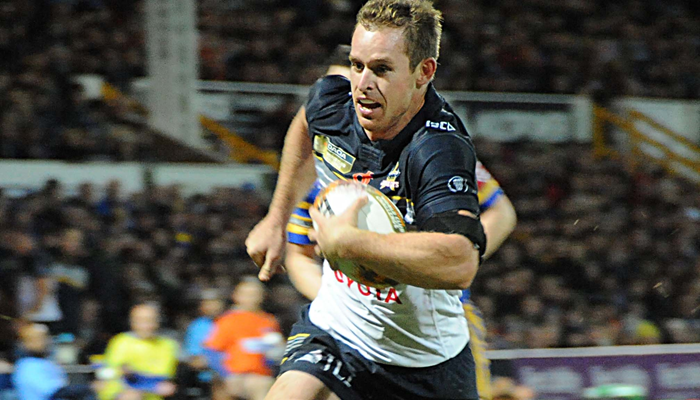 The Storm have the pre-eminent player in the game in the number 9 jersey in Cameron Smith who is chalking up milestones that will outlast Earth the way Donald Trump and Kim Jong-un are getting on. Smith will benefit from the way this game will be refereed by Matt Cecchin and Gerard Sutton. The officials have pocketed the whistle the past two weeks letting the game flow and the sides sort things out amongst themselves which plays into the Storm’s hands. Melbourne are the masters of working on the ground, slowing the ruck down to snail’s pace and in Cameron Smith the Storm have best in the business.

The Cowboys have captured everyone’s heart and imagination, they have even renamed Magnetic Island, Cowboy Island as the tropics embrace grand final week. If they manage to take out the title they’ll rename Townsville, Taumaloloville; Queensland, Greenland; and Rockhampton, Benhampton! The Cowboys fairy tale is no myth and victory is within their grasp. I’m a dreamer at heart but my head can’t go past the Storm’s superior class giving them the winning edge.

Enjoy the footy and remember gamble responsibly. Follow my tips at your peril but slip a sly bet on Cameron Smith winning the Clive Churchill Medal adding another glorious chapter to his glittering career.

Let’s hope it’s a cracking game and that the pregame entertainment is a notch up on last year’s train wreck driven by the man with the biggest hits you’ll never remember the names of, Keith Urban. Macklemore mightn’t be everyone’s cup of tea but I can guarantee he’ll be better than Meat Loaf at the 2011 AFL Grand Final but not as memorable as Billy Idol’s hovercraft of Hell blackout of 2002.

Prepare for a great game and car crash TV pregame! Season 2017 is going to end with a bang!!