Melbourne Storm have been scoring points for fun recently.

They scored over 50 points in 40 minutes against New Zealand Warriors to defeat them 70-10 in Round Seven before downing Newcastle Knights 50-2 last week.

In all honesty, the Storm have been scoring for fun all season defeating Canterbury 44-0 in Round Four and passing the 30-point mark in the last five games. They have the best points difference in the league with 189 which will see them go top of the league tomorrow if they defeat St George Illawarra Dragons after Penrith’s surprise defeat to Parramatta yesterday.

At the heart of this points scoring has been fullback Ryan Papenhuyzen. Like lightning he has scored 10 tires in his eight appearances for the Storm this season whilst kicking 37 goals with a success rate of 82.2% with the boot. He also has one drop goal to his name taking his tally up to 115 points after eight rounds a new record in the NRL.

It was recently held by Noel Pidding who scored 113 points in the first eight games of the 1951 season for St George, Melbourne’s next opponents.

In recent years we have seen some stars of the game come close to breaking Pidding’s record with Johnathan Thurstone scoring 104 in 2006 whilst Andrew Johns scored 110 in 2002. However, it took the free scoring Papenhuyzen to break the record this year and he shows no signs of stopping. 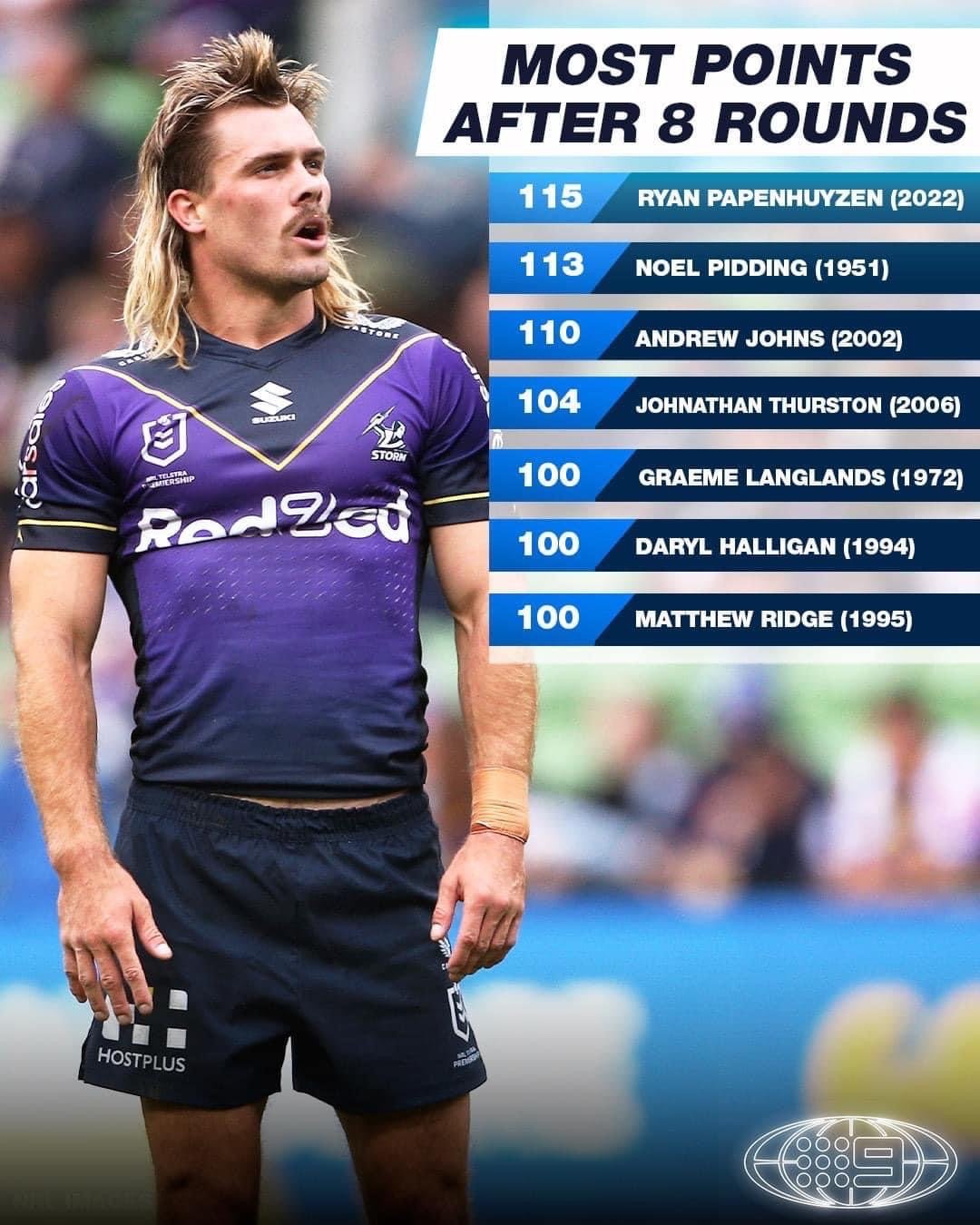 Remarkably, he also helps create tries for others with six try assists in eight games showing that whilst he’s fit, the Storm will have no problems scoring points.