After 26 rounds of sparring we’ve arrived at the preliminary bouts on the card of the main event on the first weekend in October. We have said our farewells to eight sides (and one coach – the Bunnies booting Madge Maguire from the burrow, I mean parted ways amicably) and are left with the cream of the crop. The Storm have been the benchmark but in bad news for them that means diddly squat other than they get a second bite of the cherry if they lose this week. The good news is all ours as we enter the Pleasure Dome and enjoy the high pressure playoffs. Life is peachy!!

The playoffs begin at full tilt with Wayne Bennett’s Broncos riding into Sin City after the Roosters narrow win over the Titans meant they avoided heading to Dodge. The Roosters were woeful last week and a repeat performance could spell curtains as the loser is thrown into an elimination battle and the chance of a straight sets exit. The Roosters had Friday on their mind as they thought the Titans would be easy beats, the intensity will lift as the stakes have risen. The forward clashes will be rib shattering. The Roosters rock hard hit men Jared Waerea-Hargreaves and Dylan Napa will dish out some dynamite. The Broncos will respond in kind with Josh McGuire and Adam Blair harassing the Rooster halves all night. Mitchell Pearce better prepare to cop a pounding. The Broncos are without captain and star custodian Darius Boyd who they’ll miss greatly although he’ll be able to sit in the coach’s box with Uncle Wayne, always a silver lining. Benji Marshall comes in with Kodi Nikorima moved to fullback heaping plenty of responsibility on Anthony Milford and here could be the game. The Milf has been smoking hot and holds the fortunes of this match on the sprigs of his happy feet. Given latitude he’ll make merry and roast the Roosters dominating Trent Robinson’s whiteboard and headlining his pre-match nightmares. Daniel Tupou should return for the Roosters and his combination on the lethal left edge with Latrell Mitchell and Boyd Cordner is the Chooks trump card. The defences of both sides are tough and don’t expect a plethora of tries, this one will be tight. The home ground advantage and the disruption to the Broncos spine with Boyd’s injury tips the scales the Roosters way.

The pregame stoush between Craig Bellamy and Brad Arthur has given this intriguing matchup extra spice. It’s the finals and routinely as night follows day, officials are reminded how much work on the ground the Storm do, this year it’s Arthur’s turn. He basically accused the Storm of being masters of the dark arts. Hey when you’re massive underdogs up against the NRL’s best on their home patch you’ll try anything to upset the apple cart or wave a red rag in front of Bellamy’s face. Bellyache bit big time and here we are with this match getting tastier than a slow roasted pig (or smashed avocado chicken salad if you swing that way). The Eels have the team and the unpredictability to worry the Storm but they’ll need everything to go their way including the penalty count. Parramatta provides power through a bullocking forward pack combined with panache via their crafty halves and devastating finishing on the wings. They have all the elements to unleash fury unfortunately they’re playing the perfect Storm with the strength, skill and intelligence to combat any tactic thrown at them. Cameron Smith is not only the key to this contest controlling the ruck speed he also breaks Darren Lockyer’s NRL game record, his 356 games at this elite level a remarkable achievement and testament to Smith’s durability and continued excellence. The Storm have no weaknesses and will blast out of the blocks to bury the Eels early and dent their confidence. They will kick to the corners squeezing the life out of the Eels making them start every set deep slowing the game down then when the Storm get the ball – BANG! The pill will zip out to the best finishers in the game, the Fox Josh Addo-Carr and the Fijian flyer Suliasi Vunivalu, like lightning. The Fijians Vunivalu and Semi Radradra squaring up will be a sensational sight. For the Eels to triumph the Semi-Trailer will need to steam roll the Storm, a bunch of immaculately skilled ninja stars who will punch a hole in his tyres. 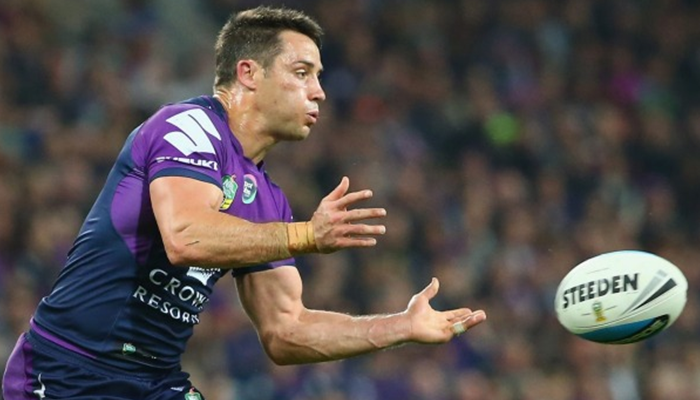 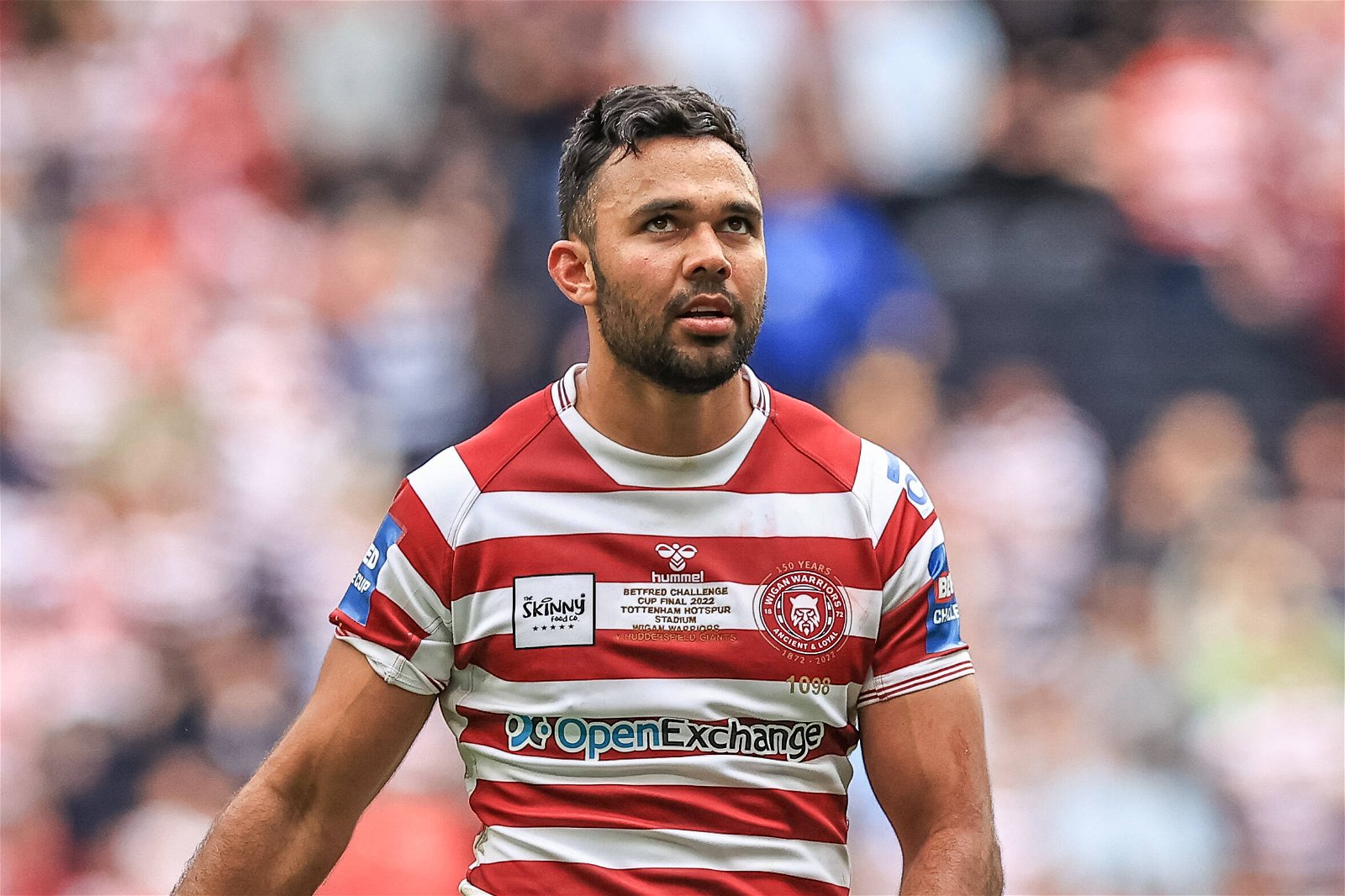 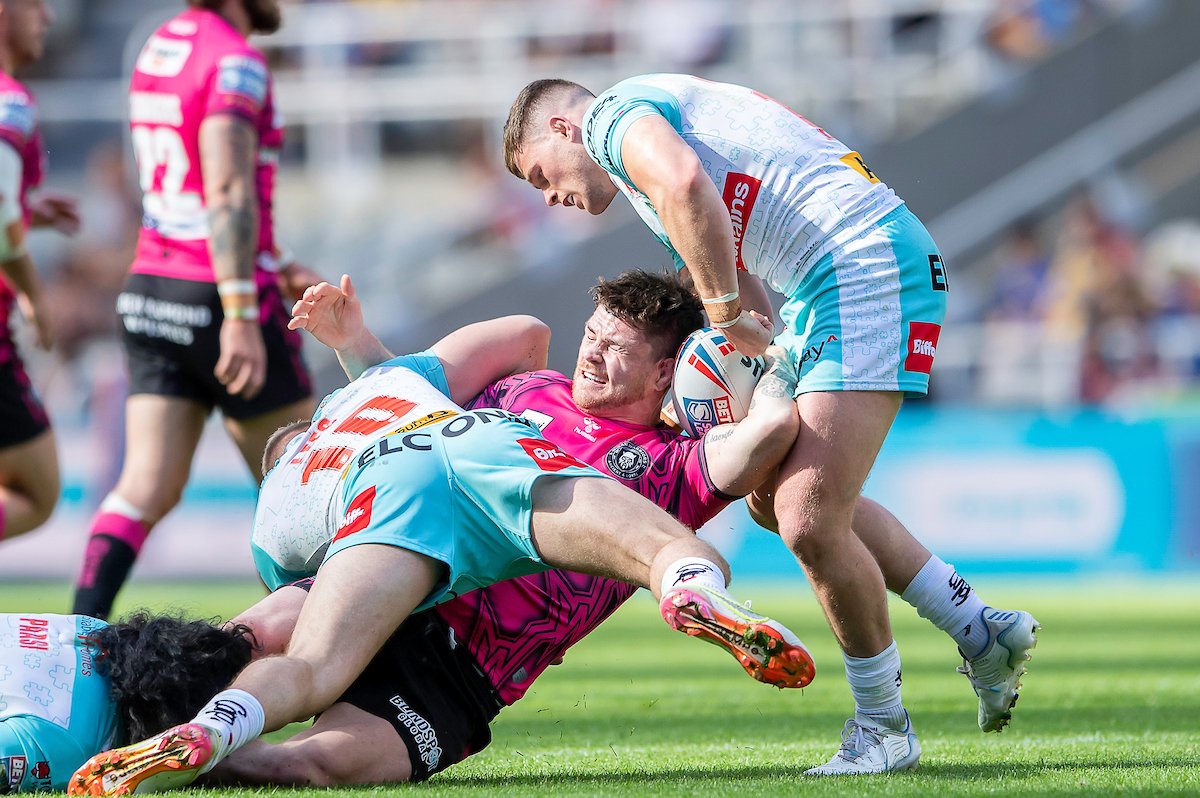 Second verse same as the first? The Panthers will hope the Sea Eagles forget the words to the song as if the match mimics the first half from last week it will be a Manly mauling. Luckily for the Panthers, this final is not being played at Lottoland and the Eagles won’t have the rabid home fans on the hill creating the electric atmosphere to rev up the troops. The Matt Moylan saga may be a distraction but only if the Panthers allow it to be. They are professionals and Moylan has been out for a couple of weeks now, Nathan Cleary owns this team and this is a great moment for him to shine and stall Manly’s regained momentum. Stopping Martin Taupau is a great starting place. Taupau went kapow last week opening a can of whoop ass on the Panthers that Tom Trbojevic fed off. Turbo Tom tore shreds in the Penrith defence and if the Sea Eagles fly downfield with the ease of last week Daly Cherry-Evans and Blake Green will orchestrate Manly’s march into week two. The young Panther cubs need experienced men Trent Merrin and James Tamou to stand up and stare down the Manly mean machine. The Panthers are super talented but need to harden up or it will be an early exit. Both sides love to throw the ball around and it could come down to composure, completion rates and confidence. The sides are set on polar trajectories. The Panthers are on the slide as their season peaked a couple of weeks ago and since gone spectacularly and publicly pear shaped. The Sea Eagles were soaring a month ago, slapped into a mountainside but now back climbing towards the summit. Momentum and player health and happiness at this time of year is paramount to going deep into September. Manly have all those qualities in spades. Penrith are in a hole they can’t get out of. It’s Mad Monday at Panthers Leagues Club.

They made it! North Queensland stumbled into the playoffs like a Cowboy trying to line dance after a barrel of Bundy Rums. The courageous Cowboys have beaten the odds of losing their big guns Jonathan Thurston and Matt Scott early in the season and battled on coping with so many injuries that Antonio Winterstein limping on half a leg was deemed good enough to play out a full 80 against the Broncos. Now they’ve made the playoffs they have to find the energy to take down the reigning premiers. Fortune favours the brave and the Cowboys came up trumps with the finals draw having a ten day break after the Broncos loss to recharge and rehabilitate. Jason Taumalolo cannot take on the Sharks by himself and needs a posse of Cowboys riding shot gun. Scott Bolton has filled Matt Scott’s boots manfully and he’ll lead the charge into the Cronulla pack hoping to give Michael Morgan and Te Maire Martin room to move. In worrying signs for the Cowboys they had enough ball to get back into the game against the Broncos and looked not only tired but out of ideas. Lachlan Coote needs to spark up and add that third dimension to the Cowboys attack. The Sharks have not been knocking the lights out with their inconsistent displays but as the smell of the finals hits their senses the nostrils of Andrew Fifita flares. The stage is set for the wrecking ball to swing. Jack Bird and Wade Graham return which strengthens the side, adds creativity and importantly X factor. Most players need a change of underwear as Jason Taumalolo hits Beast Mode, Paul Gallen licks his lips! Chad Townshend and James Maloney will look to control the game as the fitter Sharks forwards gain ascendancy as the Cowboys tire. Watch out for Valentine Holmes speed sweeping around the back and through the ruck. The Cowboys should be proud of their efforts this season just to qualify for the playoffs, they have the heart but not the lungs to force their way into week two – they’re busted! Its finals time, the Sharks have been waiting all year for this. The back to back attack begins!

Enjoy the footy and gamble responsibly. If Old Jock has read the tea leaves correctly it’s a week off for the Storm and the Roosters and ta-ta to the Panthers and Cowboys. The problem is there are so many different types of tea I get confused easily. English Breakfast, Oolong, Chai, Russian Caravan… maybe I’ll just order a coffee and throw a dart at a board!

After this weekend we’ll be down to six and right into the hunt for October!