Nathan Peats has today begun his journey to the south of France ahead of him taking up an opportunity with Elite League 1 side Albi.

The Australian hooker previously revealed that he had turned down a Super League move, citing that his and the club’s valuation of him were too far apart.

Peats signed for the Leigh Centurions in 2021 in a bid to help the Lancashire club avoid relegation, but exited midway through the year to join Huddersfield Giants.

The hooker became an integral part of Ian Watson’s side and helped turn around the West Yorkshire club’s fortunes towards the back end of the season.

A permanent deal wasn’t forthcoming, however, and Peats was left to try and manoeuvre a move elsewhere.

And, instead, he is making the journey to France to join his new club, landing a parting shot to the UK. 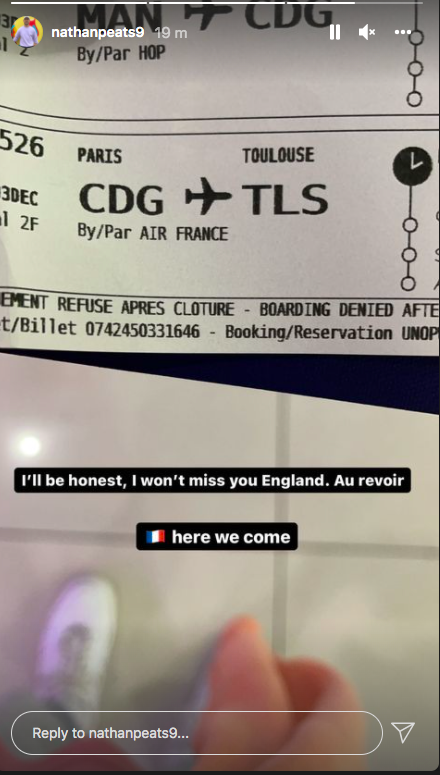 Peats had previously told Serious About Rugby League that he would go back home to Australia if no deal was forthcoming from the UK.

“I’m going France to play in Elite One comp over there until the end of April, and if an opportunity pops up back here I would come back 100% in April.

“There’s no point staying here if it’s not Super League, I’m not that desperate to hold onto my career by playing reserve grade rugby league in UK and to be honest I’m too good of a player to do that.

“I would rather have fun and travel and live in France and play in the competition over there.

“If nothing pops up after that season is done in April I’ll head back home to Australia.

“I’ve had a good career that’s lasted over 12 years now and I’m content with that.”