Morgan Escare was once the poster boy for French rugby league.

A Catalans Dragons magician, the fullback debuted in 2013 for the French side before moving on to pastures new at the Wigan Warriors.

On the periphery due to the likes of Zak Hardaker and Bevan French arriving at the DW Stadium, Escare moved on-loan to Wakefield Trinity and then permanently to the Salford Red Devils ahead of the 2021 Super League season.

However, the elusive 30-year-old played just five times in Lancashire in 2021 with injury and form halting Escare’s season on more than one occasion.

Then speculation surrounding his future from various sources came into being, claiming that the Frenchman had been offered to other clubs.

Yet, Escare seemed perfectly settled at Salford’s pre-season training, working alongside Salford favourite Ken Sio as the club look to improve upon their 11th placed finish in 2021. 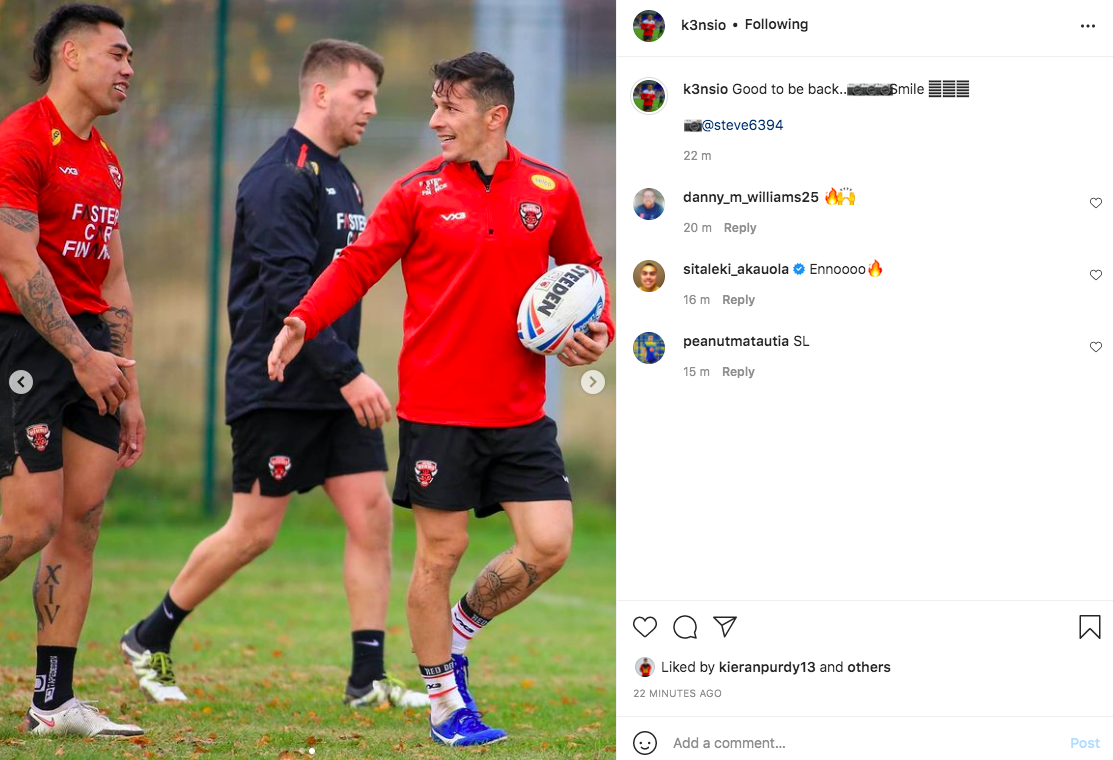 New head coach Paul Rowley will be up for the challenge in what is, surprisingly, his first Super League job despite being key in Toronto Wolfpack’s and Leigh Centurions’ rise to the top.

Escare earned the number one shirt ahead of last season, but he will have to fight against Ryan Brierley to pick up the same jersey in 2022.