2021 has not been the season Callum McLelland dreamed of.

Having struggled to force his way into the starting 13 at Leeds since joining ahead of 2019, 2021 was perhaps McLelland’s best opportunity to get some regular first team rugby under his belt especially when Luke Gale and Rob Lui both picked up pre-season injuries.

The trouble is, so did McLelland. His absence has seen the likes of Liam Sutcliffe, Kruise Leeming and even Cameron Smith and Rhyse Martin play in the halves at times this season leaving McLelland frustrated.

This being the last year of his current deal, he’ll have been hoping to impress this term to tie up his future. Instead, he’s only made a handful of appearances this year and with Blake Austin and Aidan Sezer’s joining Leeds next season as well as the success of Leeming in the halves has left him with little chance of first team rugby at Headingley next year. In fact, it was confirmed yesterday that he’s yet to agree to Leeds’ latest contract offer.

Castleford are reportedly interested in the young halfback meaning it’s possible that the Scotsman could find himself at a new club next year, but after his latest injury he’s hoping to come back stronger no matter who he plays for next term.

He took to Instagram to announce his intentions moving forward after surgery and his disappointment at the outcomes of 2021. He said: “5 games 3 surgeries this year. Not how I thought or hoped this year would go but surgery has gone well on the knee and ready for a big 2022.” 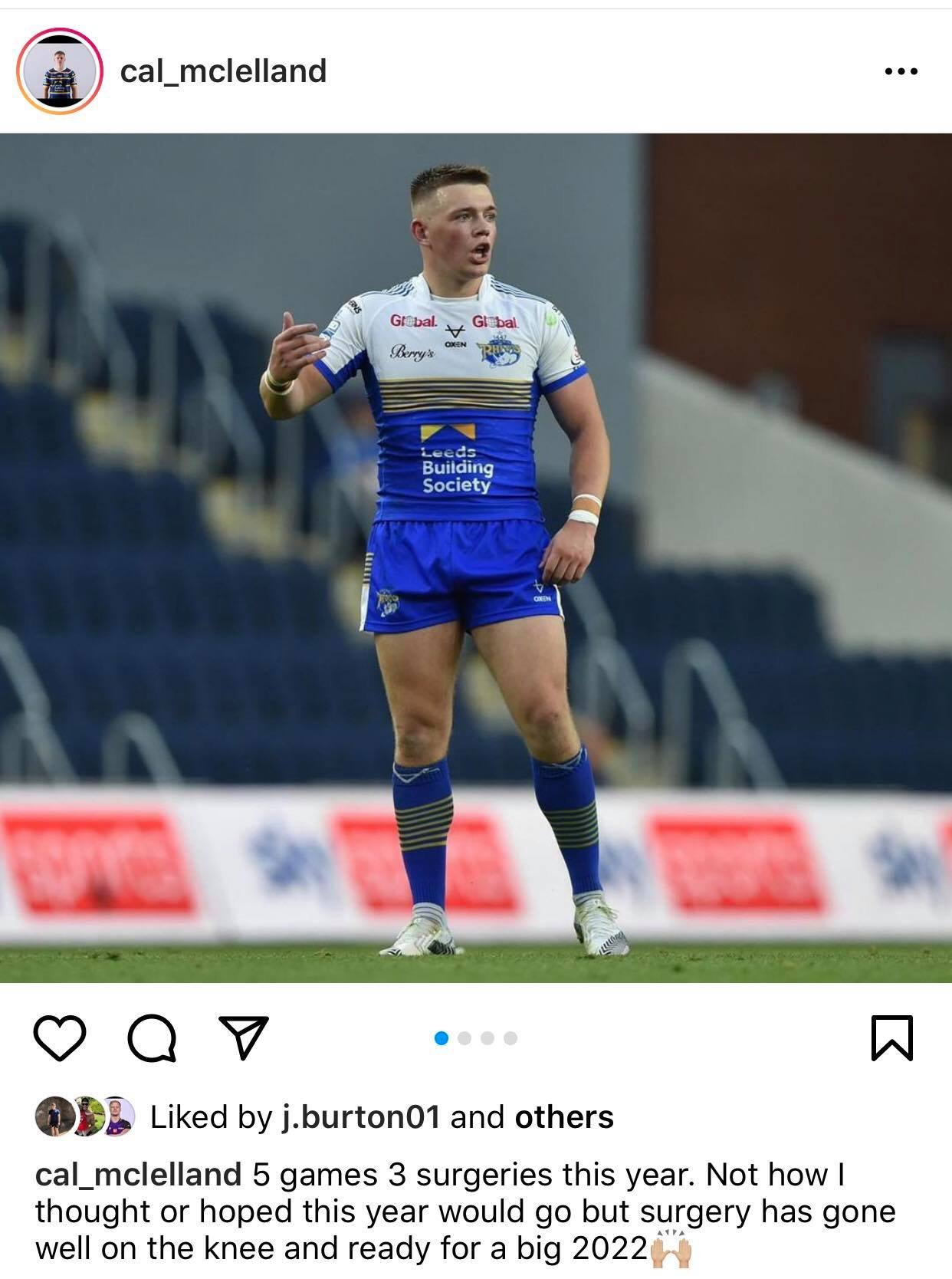