Aidan Sezer’s career at Huddersfield looks to be over as he posted a photo of his injured ankle on social media.

The halfback limped off in the second-half of the Combined Nations All Stars clash with England, and, head coach Ian Watson later said that Sezer would miss at least eight to ten weeks.

But, with interest from Leeds coming to a head, it looks as though the former Canberra lynchpin may well have played his last game for the club.

And, Watson is keen to get salary cap relief for the injury, the Yorkshire Post has revealed.

“It’s one for the authorities. We had a lot of players in that game and we’ve been hit pretty hard now on the back of that.

“We’re already speaking to the RFL about Aidan because he sustained the injury while playing an international match.

“It is a bad blow. When you’ve a player like that, who’s come from the other side of the world and is your marquee signing, to pay him to sit in the stands and watch because he’s been injured on international duty, I think is a little bit harsh on the club.” 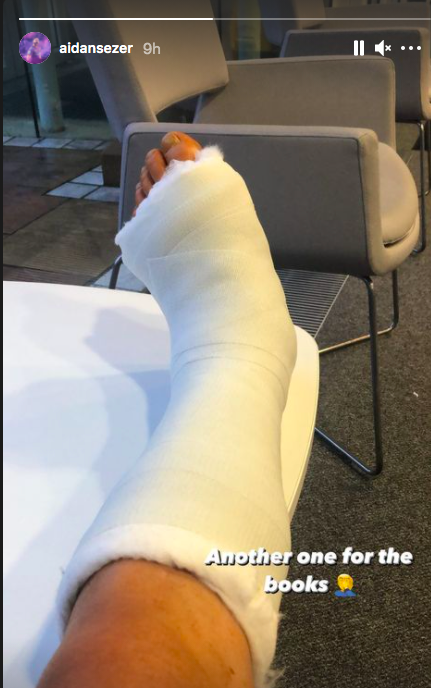