On Thursday night, social media was hit by an avalanche of comments regarding Mahe Fonua’s sin bin for a late tackle on Jai Field.

The likes of Konrad Hurrell, Chris Hill and Eorl Crabtree have all had their say on the incident and it seems the belief amongst players is that it was incredibly harsh with Fonua’s coach Lee Radford going onto say: “It’s not the game of rugby league. It’s not what we were brought up on. It’s boxing without being able to throw a punch.”

The yellow card would have a huge impact on the match. In Fonua’s absence, Wigan built up a comfortable lead but his reintroduction into the game allowed Castleford to battle back. Had they kept 13 players on the field for that period after halftime, perhaps they’d have picked up a vital second win of the season.

But it was not to be and Fonua himself has taken to Instagram to share his reaction to the yellow.

The centre simply said: “These yellows are getting a bit” and then used the woozy face emoji presumably to indicate his bemusement at the decision and the harshness of yellow cards in the modern game at the minute. 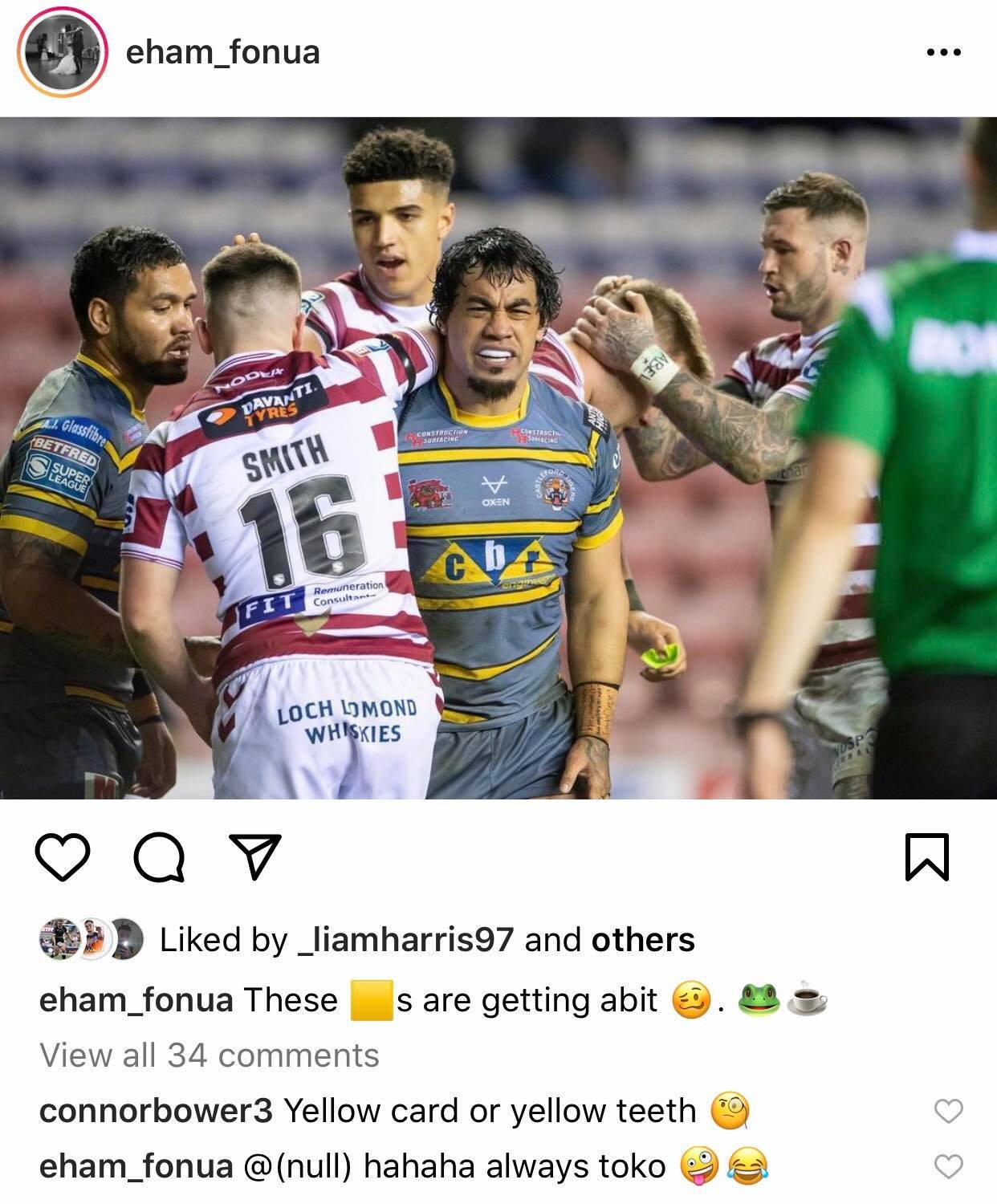 Despite this negative reaction, there seems to be no slowing down in the clamp down on late tackles and contact with the head with two more yellow cards shown in the following day’s Sky Sports fixture between Salford and Leeds.