Luke Gale has taken to social media to provide an update of his first day at pre-season training for new club Hull FC.

A move to the MKM Stadium was sealed on 5th November – an ideal day for a bombshell of this magnitude – and the mercurial halfback has now experienced his surroundings and teammates for the first time.

It was a move that seemed to spiral rather quickly, with FC’s former halfback Marc Sneyd departing for the Salford Red Devils earlier on Friday.

Leeds head coach Richard Agar hds already brought in the likes of Aidan Sezer and Blake Austin, and, whilst Austin was thought to be considered as something of a utility player, Gale looked to be on the periphery.

The diminutive halfback – who guided Leeds to Challenge Cup success in 2020 – has been circled by rumours ever since his captaincy was taken away from him during the season for an off-field incident.

Hull, meanwhile, have already Joe Lovodua, Kane Evans and Darnell McIntosh to an impressive roster as the Black and Whites look to improve on a poor end to the 2021 Super League season.

FC lost nine of their last ten games to finish outside of the top six play-offs whilst the Rhinos made it all the way to the play-off semi-finals.

Gale, however, will be hoping to switch those positions from 2022. 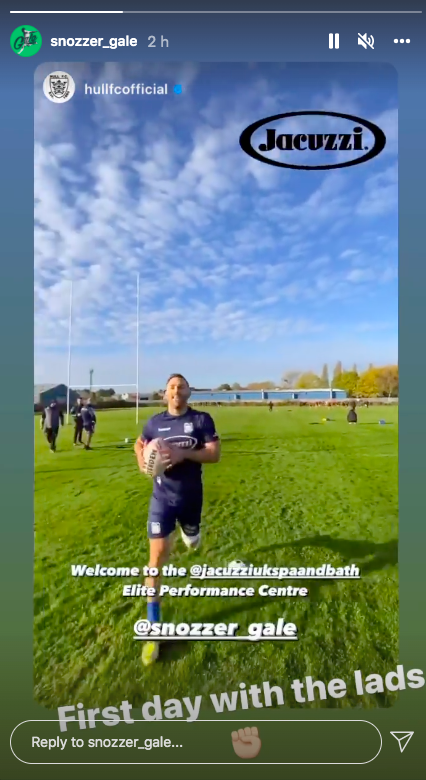