Liam Sutcliffe has given his Instagram followers an update on his injury.

Sutcliffe was previously ruled out for up to six months with a knee injury, having been withdrawn at half-time during the 32-18 defeat to Castleford a fortnight ago.

The utility man went for his operation, showing the results with Sutcliffe now on crutches.

Sutcliffe had been struggling with the knee issue for most of the season, with head coach Richard Agar having to manage him carefully through the pain.

“Since March really, we’ve been looking after him,” Agar said.

“He’s not been training every day, and we’ve been trying to get him in a physical state where he can play on a weekend.

“I think he’s played exceptionally well for us as well, given what we’ve known behind the scenes, that’s changes of position, he’s been a real shining light for us.” 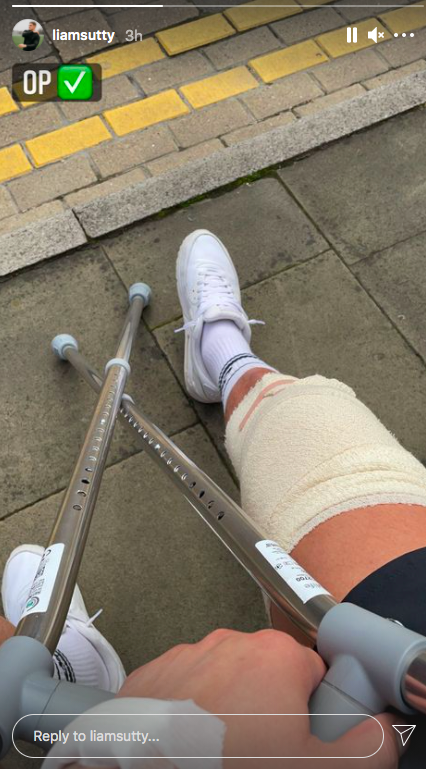