Leigh have re-signed halfback Ben Reynolds from Wakefield on a one-and-a-half year deal.

The 25-year-old only left the Centurions for the West Yorkshire club at the start of 2019 but has struggled for game time in Chris Chester’s side, playing just six games and spending much of the season on loan at Featherstone.

He will now return to the Leigh Sports Village, however, as John Duffy looks to bolster his squad ahead of the upcoming play-offs.

Reynolds follows the likes of Mitch Clark, Junior Sa’u and Adam Higson through the door, and will likely line up alongside Ryan Brierley in the halves.

“I’m looking forward to playing with a lot of my old team-mates again and starting to enjoy my rugby again,” he said. “At my age I want to play every week, not just six or seven games. I want to get the consistency back in my game and having met Duffs it’s easy to buy into what he’s building here.

“We’ve got the rest of the league fixtures to look forward to and we’ll be pushing towards the play-offs so it’s an exciting time to be back at Leigh. I’m delighted to be back and I’ll be doing my best to help the club achieve its goals and aspirations.”

Reynolds made 76 appearances for the Leythers in his last spell at the club, scoring 28 tries and kicking 207 goals.

And Centurions coach John Duffy (below) says he is looking forward to seeing the stand-off back in a Leigh shirt. 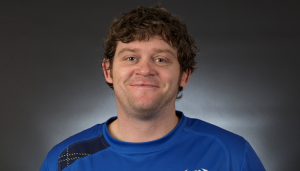 “I’m delighted to get Ben back on board at our Club. He’s a player who knows what it means to play for Leigh Centurions and he’s very vocal on the field,” he added. “He’s someone who can get us around the pitch and hopefully add value and competition to the halves, a department where we’ve gone off the boil in recent weeks.

“I’ve coached against Ben in the last few years and he doesn’t take any prisoners. He’s a mixture of an old school and new school halfback and he knows the game.

“He knows he’s got to take his opportunity but everyone I’ve spoken to rates him highly. I’m looking forward to working with Ben and helping him to get to where he needs to be.”