Leigh Leopards have unveiled their 2023 squad numbers including the confirmation of new signing Umyla Hanley who takes on the number 26 shirt.

Hanley had been pictures training at the club in pre-season but no official announcement had been made.

The winger will officially be part of Leigh’s squad for 2023 however though the nature of his deal remains unconfirmed at present.

This comes as Leeds Rhinos duo Zak Hardaker and Tom Briscoe take on the number one and two shirts.

Lachlan Lam takes seven as Joe Mellor is the number six for 2023.

Kai O’Donnell keeps the number 24 shirt after a strong 2022 season with the club.

Former St Helens duo Aaron Smith and Tom Nisbet each have their squad numbers for the new season.

They will wear 19 and 22 respectively. Whilst former Newcastle Thunder man Nathan Wilde is to wear 25.

John Asiata, after a great debut season, takes on the 13 shirt whilst veteran Joe Wardle is the number 11. 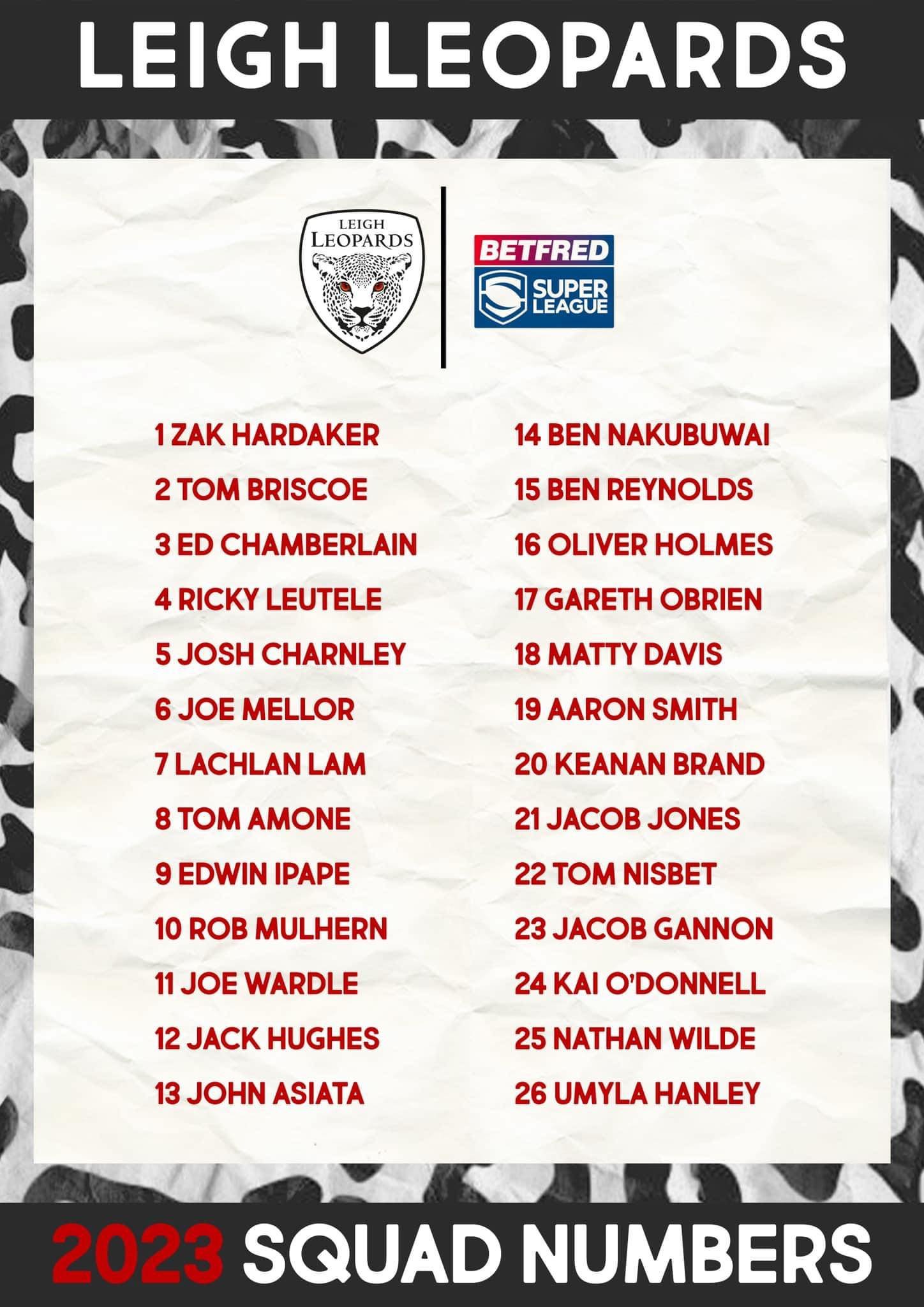