Love him or hate him, Derek Beaumont is one of the greatest characters in rugby league.

As Leigh Centurions owner, the man responsible for the AB Sundecks company in Lancashire is never short of a story or two and seems to have done multiple peoples’ living in one lifetime.

Of course, at present Beaumont is bankrolling Leigh to what looks an increasingly likely Super League spot, but it might not have been that way had a freak accident on holiday in South Africa destroyed everything.

“When I was younger I always said I would be a millionaire when I’m 40 and dead when I’m 50,” Beaumont told the Dockhouse Rugby Show.

“I had so many near misses on my push bike on the road and I achieved that first statement (about being a millionaire at 40) and I thought I’d wrote my own destiny then.”

Beaumont recalls an incredibly scary moment in South Africa where he almost died in a game reserve after stumbling across a wasps’ nest.

“I had gone for a walk within a safe area inside electric fences whilst we were there with our friends and family.

“I thought I would have a walk, grabbed four bottles of beer and some water – I hadn’t had any booze before that, but I ended up stumbling into a wasps’ nest which I normally wouldn’t associate with being on the floor.

“They started whacking me and I managed to run out but my eyes started to swell and itch.

“We did a lot of conservation with rhinos whilst we were out there and the vet explained some people can have an allergic reaction to medicine and this is what happens – your eye goes, your mouth and then throat and it’s basically like someone standing on your chest and it’s about 25 minutes to death.

“When this happened with my eyes I messaged the ranger about my eyes about and what can cause this allergic reaction.

“My mouth was going but he hadn’t replied, but I knew now what was happening and how long I had got and I was about 800 metres from where everyone was. 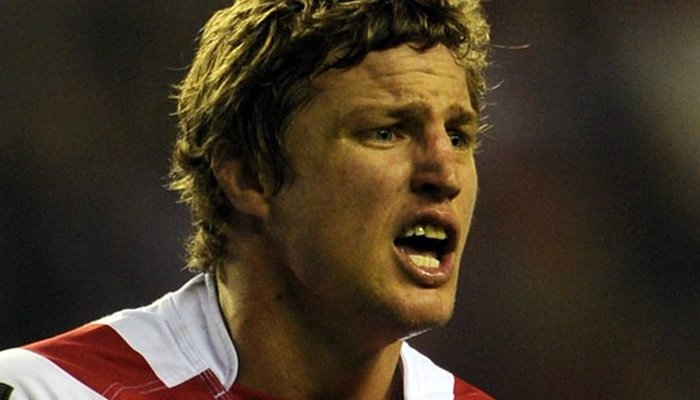 “I tried ringing my wife and there was no answer, no answer to the ranger either as my missus and kids were around the pool with no phone.

“I thought I’ve got to get back, so I’m walking fast and as I’m going my breathing is going.

“I was blinded by light and I collapsed and couldn’t get up – I was trying to crawl and had a moment where I said to myself I was never going to crawl so I pulled myself to a tree.

Beaumont wanted one last request – to pass away surrounded by his family.

“I knew I was done because I was in a game reserve and I’d got 25 minutes and ten had already gone, but I wanted to get back to them and be with them when it happened.

“I started shouting help and my wife felt something strange and she had heard heavy breathing from my phone and my shouting.

“The tracker jumped out into the vehicle and he drove out and I heard the sound of a car, but I couldn’t get up or anything.”

Somehow, a stroke of luck helped Beaumont fight off the worse.

“The guy managed to get me in the jeep and as he was driving back my daughter had an epipen and a strong antihistamine, so she had two of those down my throat and then if it didn’t improve I would use the epipen.

“That was some help and fortunately the paramedic had been round and he was not too far away in the reserve – he got there rapid and I passed out.

“I was in a golden dream where I could see people but they had no faces, they chucked ice over me to bring me round and then I saw real faces.

“I started to get better and then I relapsed and the paramedic thought I had died but I came around and lived to fight another day.”