Leeds’ Polish-born prop Mikolaj Oledzki will miss the rest of the season after having surgery on a foot injury.

Oledzki suffered the injury in Leeds’ narrow loss to Warrington a fortnight ago, but head coach Richard Agar had hoped that the enforcer would play a role towards the back end of the season.

However, it is not to be as the 22-year-old took to Instagram from his hospital bed to show the surgery has been a success, bringing an end to what had been a highly successful season.

Leeds travel to Leigh on Friday night hoping for a win to reignite their play-off hopes, but will have to do so without one of their main men.

The Rhinos have won eight of 17 games in 2021, but have local rivals Castleford breathing down their necks. 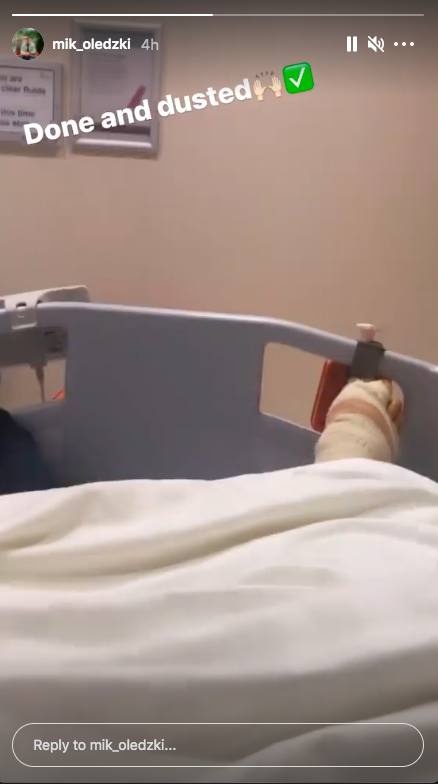