Being a rugby league player takes a lot of courage.

From devastating injuries to uncertain futures, those that take to the rugby league field have to deal with a lot of adversity during their careers.

For Leeds Rhinos’ Zak Hardaker he has probably been through enough adversity for two people, but is now back to full fitness after suffering a seizure just days after signing at Headingley.

And, after stating that he continually suffered with groin niggles before 2019, Hardaker has revealed just how he has got over that problem.

The 30-year-old posted on his Instagram, stating: “I’ve been using iGD compression +DUCTOR shorts since 2019. In rugby league it’s common to pick up groin niggles, however since wearing these shorts I’ve had no issues. The fit is amazing and I’m able to play with confidence.” 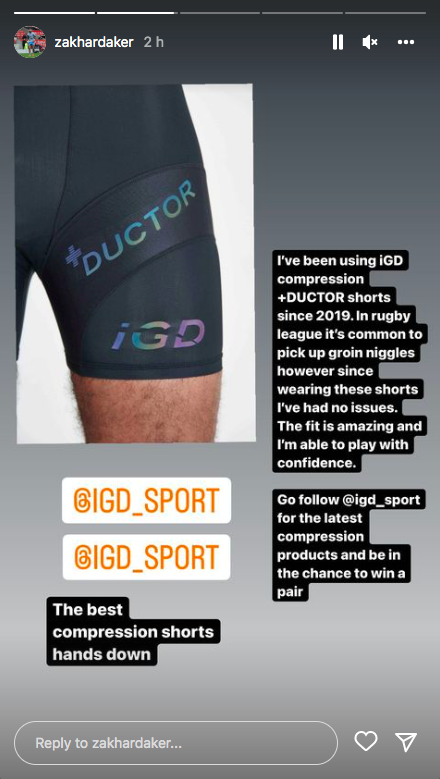 Hardaker has been in and out of the limelight since bursting onto the Super League scene with Leeds back in 2011.

After winning the Man of Steel for the Rhinos in 2015 as part of the treble-winning side, the fullback or centre made the move to Penrith Panthers on loan during the 2016 season before leaving permanently for Castleford Tigers in 2017.

He, of course, missed that year’s Grand Final after being found guilty of taking cocaine before resurrecting his rugby league career with Wigan Warriors.