It’s been an exciting week for Leeds Rhinos fans.

As the club gets ready for the 2023 campaign hoping to build on an outstanding end to last season in which they made an unlikely Grand Final, Leeds have announced two signings this week.

They’ve brought in exciting Championship fullback Luke Hooley from Batley on a two-year deal after he scored 21 tries for the Bulldogs in 2022. The former Wakefield man is an exhilarating player to watch in open space and will make a great addition to the Leeds squad.

Meanwhile, Leon Ruan signed yesterday on a three-year deal. The young yet powerful forward joins from Doncaster as Leeds get ready for 2023 having already signed Justin Sangare and James McDonnell as Smith puts together a young and athletic squad.

Mostly good news, there was some bad news yesterday that their kit suppliers Elite Sports Pro had been victims of a robbery in which new merchandise for the 2023 season from Castleford Tigers, Huddersfield Giants and Hull KR were stolen along with that of the Rhinos which perhaps is the reason Leeds have today unveiled their 2023 home shirt – the shirt Leeds hope to end what will be a six year wait for Grand Final glory in next year on October 14th.

The shirt itself is a very smart rendition of the Rhinos look for the new season. 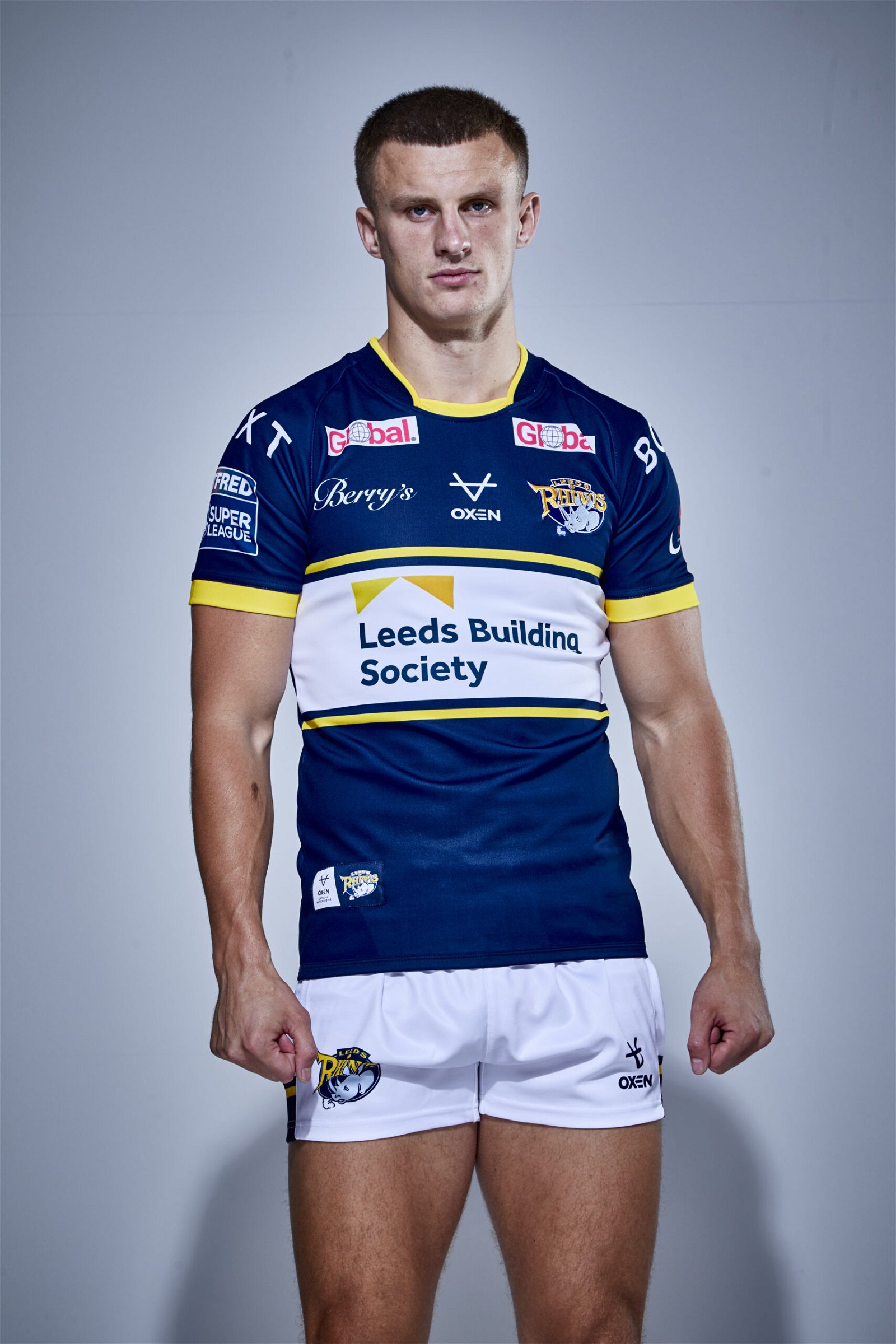 It adapts a much darker shape of blue to the 2022 jersey with a blue more akin to that of their 2009 shirt but not as dark as their 2020 jersey.

Meanwhile, there is a lovely touch of amber detailing around the kit including round a singular white hoop which sits around the centre of the kit.

The kit is complete with white shorts and dark blue socks in a lovely ensemble.