Jack Walker has had no luck with injuries in the last few years.

The youngest ever Grand Final winner burst onto the scene in 2017 with a hat-trick on debut in the Challenge Cup against Doncaster and went on to be an integral part of Leeds’ Grand Final triumph that season.

He continued to develop after that and at the start of 2020 appeared to be the full package scoring three tries in five games and registering a number of assists but an injury against Warrington set him back and saw him unavailable until September by which time Richie Myler had made the fullback role his own ahead of the Challenge Cup Final.

In 2021, Walker was expected to battle with Myler for the number one shirt but he didn’t play a minute owing to an injury in pre-season. This year, Walker has battled back and played every game in Myler’s absence but another injury setback had Leeds fans devastated for their home grown fullback on Thursday night.

After the draw with Huddersfield, Buchanan revealed that it was a hamstring injury and that Leeds would look for somewhere they could get it scanned over the bank holiday weekend.

The fullback wrote a brief but positive message, something no doubt hard for him with this potentially being his third major injury in the space of three years. 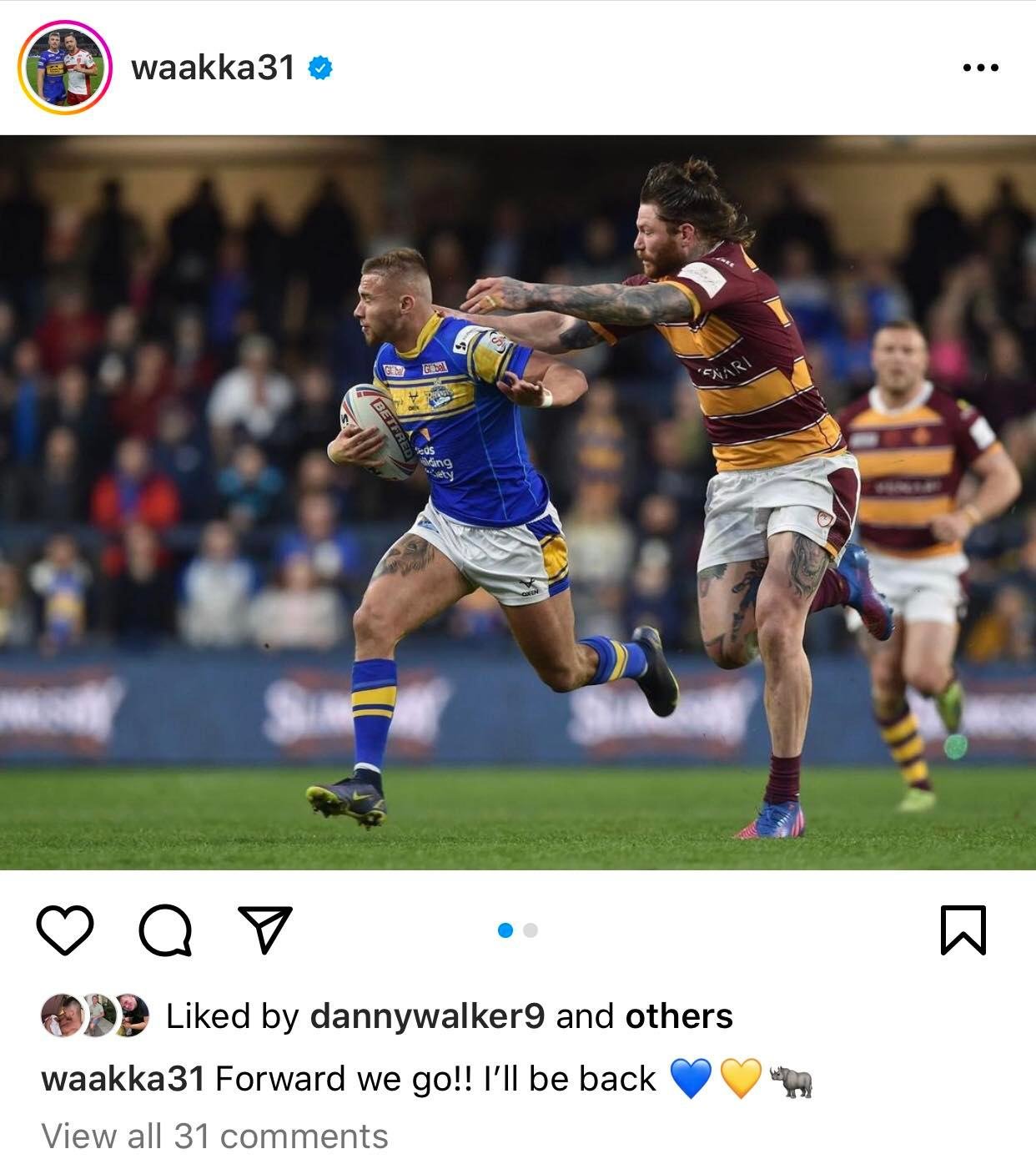 Now interim Head Coach Jamie Jones-Buchanan has a conundrum to solve at fullback, with Liam Sutcliffe the likely candidate to take over the role in a move which would leave a hole at halfback.