Among those banned was Leeds Rhinos forward Rhyse Martin with a Grade A High Tackle handed to him.

However, it’s fair to say that the Rhinos’ faithful were unhappy with that incident and the ban that followed it, with video evidence of the high tackle circling social media – with a number of disgruntled Leeds making their views well known. 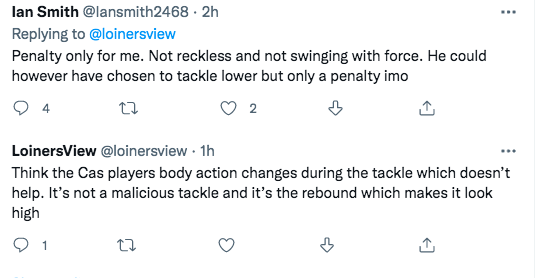 Martin wasn’t alone in being charged over the weekend, with the Disciplinary Match Review Panel issuing the following charges and sanctions:

Leeds were said to be ‘considering an appeal’ following the decision by the MRP to ban Martin – which makes sense considering that Friday night’s away clash against the Catalans Dragons was already going to be a tough encounter with the likes of Ash Handley and Harry Newman out – and it has now been revealed that the Rhinos will indeed head to an Operations Rules Tribunal tonight.

There are still question marks over the fitness of Brad Dwyer, too, after he left the field against the Castleford Tigers on Saturday with a knee problem.

It remains to be seen whether David Fusitu’a would be fit enough to return for the clash in the south of France, but the Rhinos certainly proved resilient with the departure of Dwyer and Handley in the race for the play-offs over the weekend.