On January 5th, Nigel Wood announced he would be stepping down from his role as Chief Executive of the RFL, and moving into a CEO role at the RLIF (Rugby League International Federation) in May. For some, this being the new start that could bring our great game into a new era, whilst some thinking it is better to stick with who and what you know.  The news comes after Wood announcing that he would step down from a similar role that he held within Super League Europe.

So, what is needed to start the next chapter of our great game? Could a fresh new leader be the answer with only one Chief Executive in 16 years, the RFL and Super League Europe could look to bring new ideas and/or a new start? These are the people that could do that:

Hetherington, the current Leeds Rhinos Chief Executive, and all-round Mr RL, is it time that the Rhinos Exec takes the next step to add to his near enough perfect CV. He has been Chief Exec of the Rhinos since 1996 and was president of the RFL in 2004. Hetherington could be the perfect fit for the next leader of the RFL. Although being one of the old guards in RL, he is still looking to constantly evolve the game. This is shown with taking the Rhinos Down Under to play in the World Club Challenge this season, which will be the first WCC game to take place in Australia since 2014. Also, he has helped to renovate one of the sport’s most traditional stadiums, Headingley, including the famous South Stand. Is he what the RFL needs to redirect the state of the game? 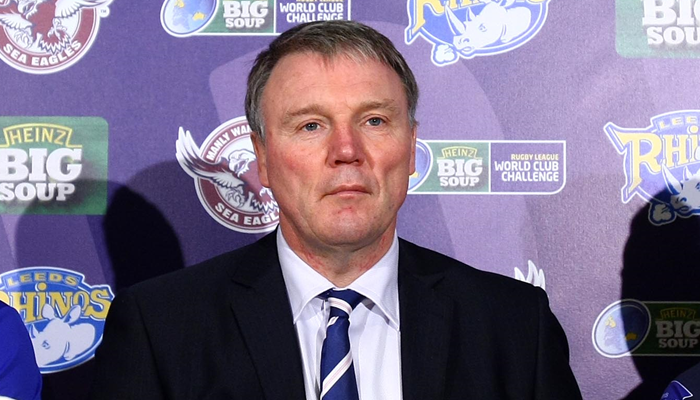 Sinfield is one of the most respected men in our Sport. Although has never held an Executive role, he knows what is best for Rugby League. Being a player for nearly 2 decades, winning an impressive 7 Super League titles, 3 World Club Challenge’s, 2 Challenge Cups, 3 League Leaders Shield, 2 Harry Sunderland Trophies and one Lance Todd Trophy, Sinfield is one of the most decorated players in recent history. Since leaving the playing side of the game, Sinfield has gone on to be an ambassador and also the Strategy Director for England RL till 2021. In his first year in the role, England got to their first World Cup final in over 20 years. Is it time to bring someone completely new into the RFL’s top table?

Solly is the former Super League General Manager and is the current South Sydney CEO. Could he bring his NRL club experience and his short Super League leadership to the top table? The Australian took over as GM in 2014, at the time Super League had no sponsor and he was able to take the league into a new era, including the introduction of the Super 8s. Since leaving Super League in 2016, he has been CEO of the 2014 NRL champions South Sydney Rabbitohs. Although the team’s on-field performances haven’t been fantastic since his arrival, the South’s CEO has been trying to develop a better fan integration, and allowing for the team to develop in other ways. So could he be what is needed to take the RFL forward, and try and bring NRL values and success to the British game.

There could be many different people, maybe you can think of someone else. Comment below with who you think should be the new RFL Chief Executive.

Like to see Barry Hearn in there along side Sinfield, Hearn knows how to sell a sport & put it in the main arena.

I agree there Keith.