Lachlan Coote had the unenviable job of taking over at fullback for St Helens following the departure of Ben Berba in 2018.

The then Man of Steel had taken Super League by storm turning St Helens into a winning machine and few believed Coote would be able to replicate that. Three years on and three Grand Final wins later, Coote has a far bigger legacy at the Totally Wicked Stadium than his predecessor and, despite never claiming the Man of Steel itself, has arguably outperformed Barba in a Saints shirt.

The win over Catalans at Old Trafford as St Helens secured their place in history with a third consecutive title, was Coote’s last for the Saints. He again played a key role as he often did in the biggest games as he created a try for Kevin Naiqama early on before his measured kick resulted in a Tom Davies error sapping more life from the Dragons late on.

A points scorer in all three of St Helens’ Grand Final wins as well as their Wembley success, he should now be considered a Saints great certainly in modern terms as well as one of the best NRL buys Super League has ever seen.

In an emotional post on Facebook, Coote thanked St Helens as a club and their magnificent supporters as he moves on to Hull KR in 2022. He said: “This truly has been the best three years of my career, not only because of the success we’ve had but the journey we’ve been on together.

“I’ll always be grateful to have met you all because you have contributed to creating a culture that I have been able to perform consistently at my very best.

“I can’t thank the office staff, fans, medical staff, coaching staff and most of all my team mates enough for the support they have given myself and my family to make it all work out on the other side of the world.” 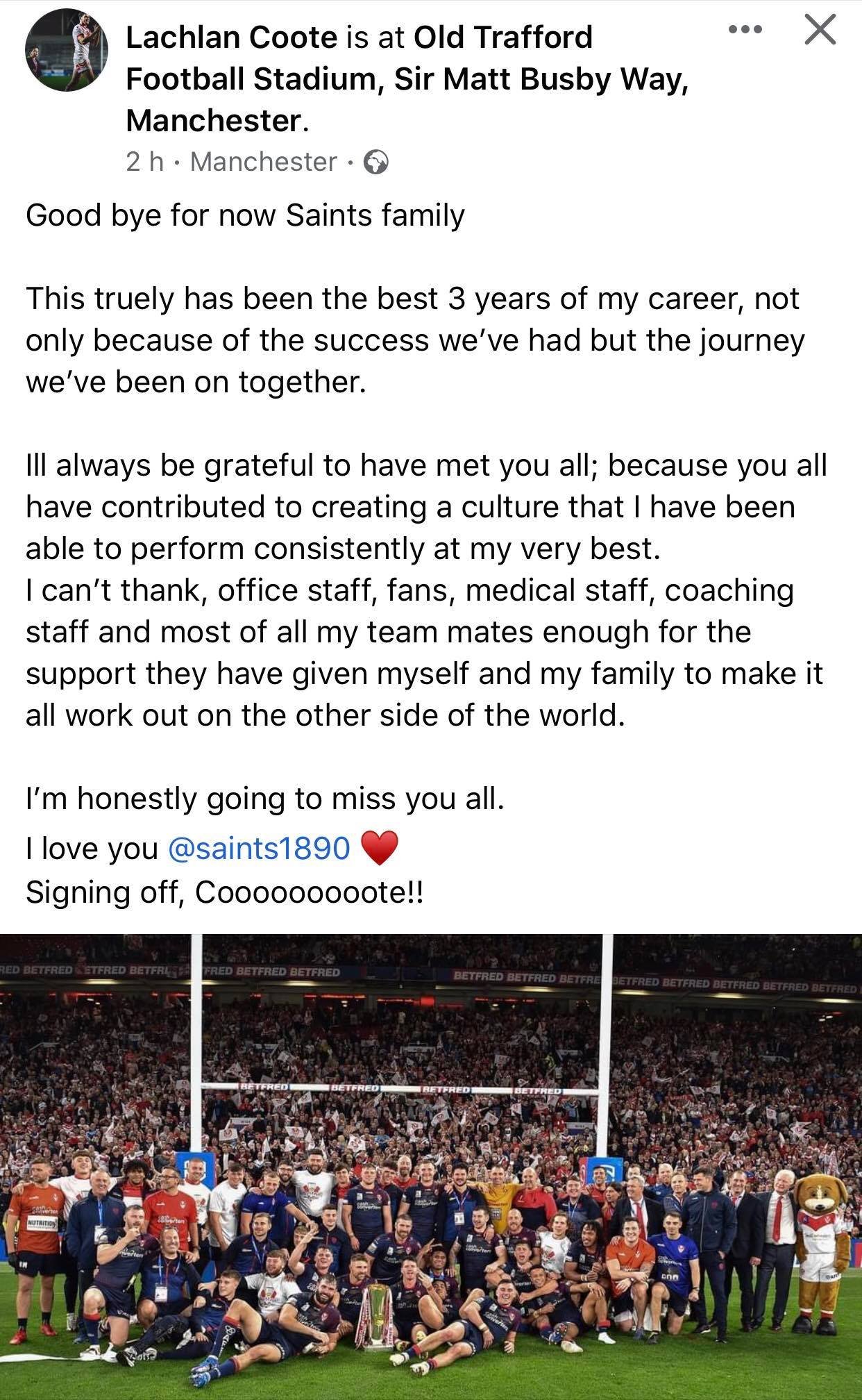