Today saw one of the biggest shocks in Super League history.

Yes, the Champions St Helens are low on troops but so were opponents Salford. Though the Red Devils had many first choice players on the first, they are down to their last 18 squad members going into the game due to injury.

But despite that, the Red Devils gave their play-off hopes a huge boost with a massive 44-12 win over St Helens.

Kallum Watkins, Joe Burgess and especially Tim Lafai were all impressive as the Red Devils dominated from start to finish even leading 26-0 at halftime.

After the game the question of course was asked of St Helens boss Kristian Woolf on Saints TV, where that had come from.

He firstly gave credit to his team before dissecting the loss: “They played really well, they had a plan and executed it really well. They deserve a lot of credit.

“At the same time we’re extremely disappointed. We hold ourselves to really high standards every week and for whatever reason we haven’t done that today and it’s something we’re going to have to look at for next we.

“We as a team pride ourselves on defence and hard work and effort and not getting beat in those areas and unfortunately today we were.

He has also revealed Curtis Sironen has suffered a bicep problem and both he and Regan Grace will need scans to determine the extent of their injuries.#COYS 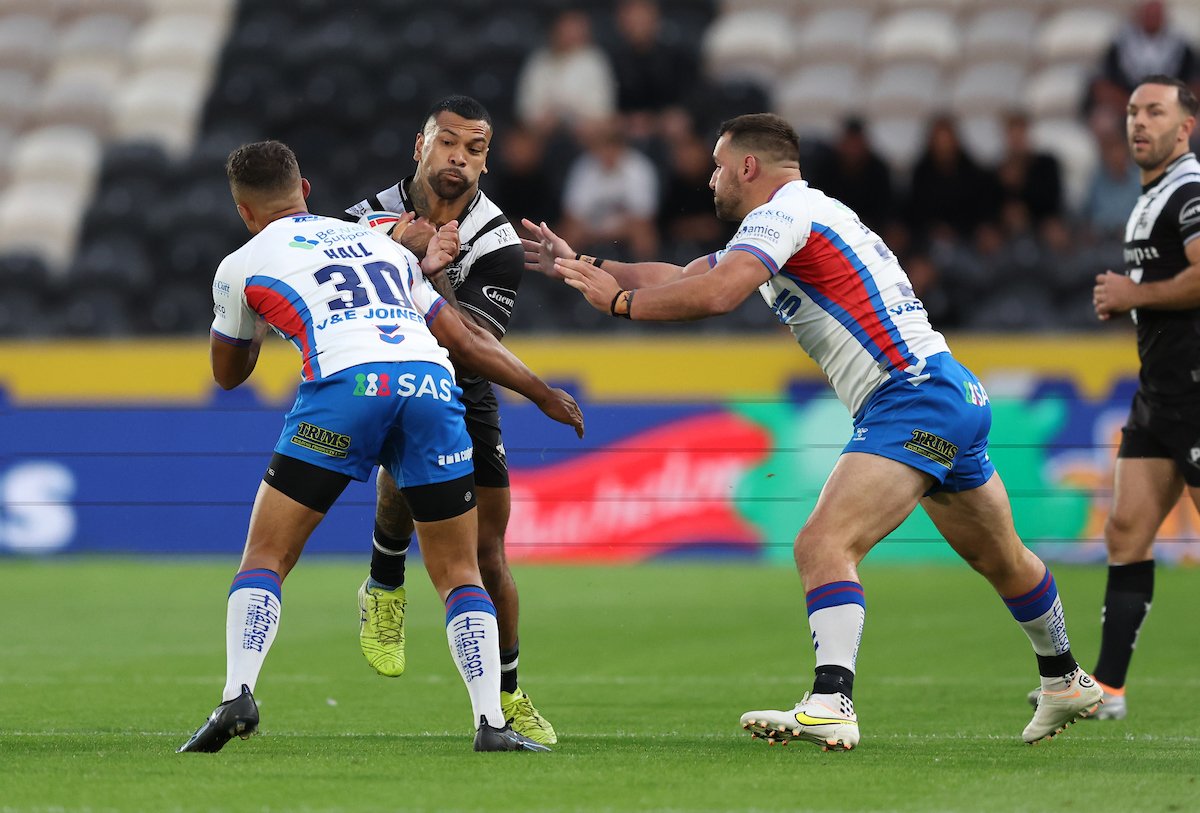 “It’s very uncharacteristic and well below our standards that we set for ourselves and we’ve shown that a lot this season.

“We’re going to have to have a look at that and how we can turn it around. It needs to give us a kick up the back side and take some really hard lessons from it.

“We got let off last week when we were off, so that’s off two weeks in a row so what’s happened since the Huddersfield game I’m really not sure why we’ve dropped off the way we have.”

You can watch the full press conference here.