Salford Red Devils chairman Marwan Koukash has blasted the fans who threw bottles at Wigan Warriors players on Sunday, and has asked for anyone with information to contact the club.

Following Oliver Gildart’s late try, a number of Salford fans reacted to the Wigan celebrations and launched bottles on to the pitch.

Tony Clubb took to Twitter after the game to describe how he and his teammates were pelted by the Salford supporters.

This has led to Koukash appealing for information as they look to ban the people involved. 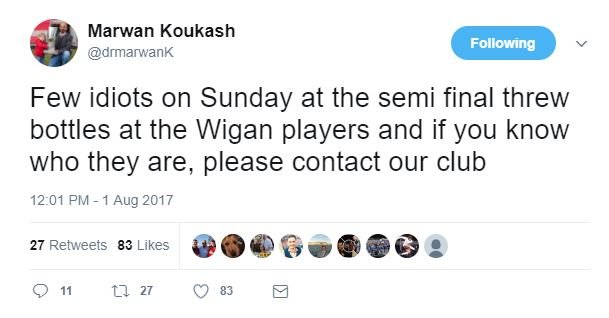