Club owners Marwan Koukash and Derek Beaumont have agreed to face each other in a charity boxing bout the night before the Grand Final.

The pair, who are good friends, are currently competing in a weight loss challenge, with the loser forced to part with £5,000 of their own money.

They will split the money between the Steve Prescott Foundation and Lizzie Jones Foundation, with funds raised from the fight also expected to be donated to leading rugby league charities.

Salford owner Koukash confirmed via his Twitter that the fight will take place later this year in Leeds, and he certainly wasn’t doubting his ability against the Leigh governor. 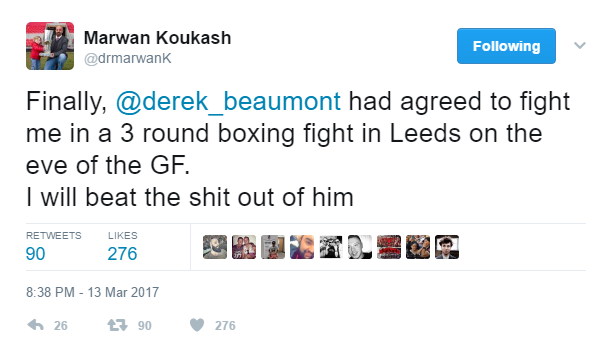