Konrad Hurrell is a massive character to have around a place – as the Leeds Rhinos found out for three years.

And, now it’s St Helens’ turn to be treated to the so-called ‘Hurrellcane’.

The Saints players arrived for pre-season today after an extended break off following their 2021 exploits, with new signings Will Hopoate, Joey Lussick, Curtis Sironen and James Bell joining Hurrell at the Totally Wicked Stadium as the club attempts an unprecedented fourth Grand Final victory in a row.

Both Hurrell and Hopoate – who know each other well from their time in the NRL as well as the Tongan national side – were in their new team’s training gear, with the former in his usual joking mood, snapping the latter with the caption: “Finally someone here to clean my boots.”

The duo were in good spirits with Hopoate dressed in a big jumper and hat as he clearly acclimatises to the British weather. 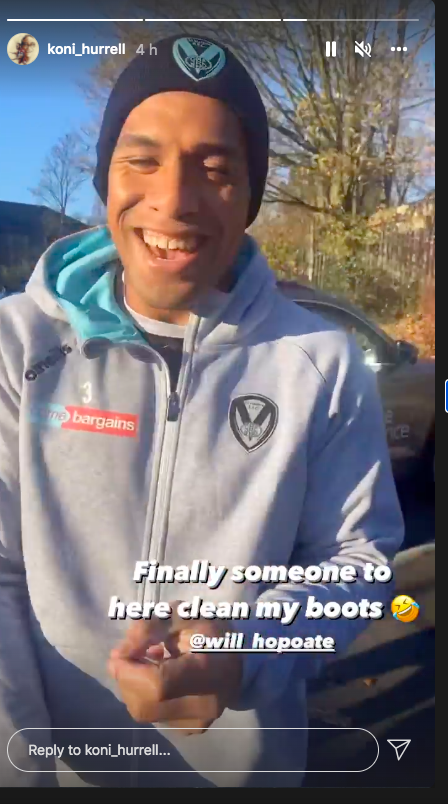 Tongan international Will Hopoate signed for Saints on a two year deal from 2022 – with the option for a third year to be triggered.

The centre, who can also play at full back, joined the Lancashire club from Canterbury Bulldogs where he has played 120 first grade games, scoring 24 times.

Meanwhile, Hurrell has joined from the Leeds Rhinos after a three-year stint as a marquee player, where he registered 23 tries in 43 appearances.