Parramatta Eels forward Keegan Hipgrave has been forced to retire at just 24 years of age following a serious concussion.

Hipgrave has had to seek medical following advice following the head knock suffered against Penrith Panthers in round 25 and has since been told to retire.

“I’m so grateful to have been able to call rugby league my job for the past 7 years,” Hipgrave wrote on Instagram.

“Unfortunately, it’s my time to hang up the boots. After discussions with neurologists and my family, I’ve made the decision to retire from the NRL.

“I’ve had best time, met some great friends, made a ton of memories and wouldn’t change any of it for the world.

“Huge thank you to @theparraeels for supporting me through this. I’m not sure where 2022 will take me but I’m excited to see what the next chapter holds.”

Hipgrave made 49 NRL appearances after debuting in 2017 with the Gold Coast Titans.

And, new St Helens signing Konrad Hurrell has given a few words of positivity following the difficult news. 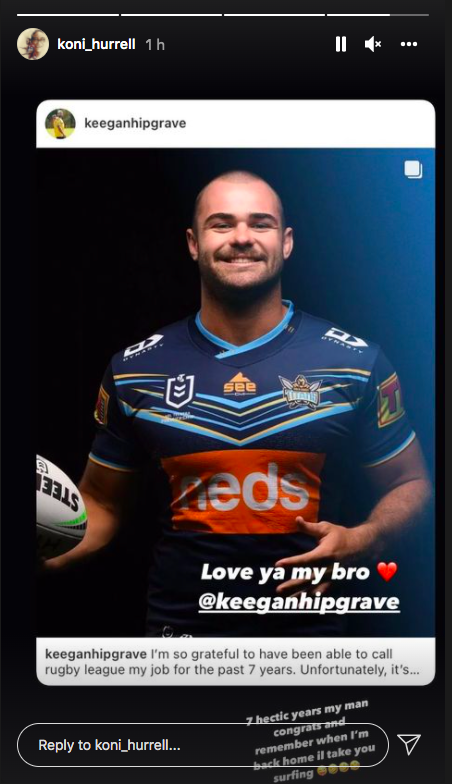 It follows a series of problems surrounding the concussion issue, with a group of former professionals ready to sue the RFL for alleged negligence regarding concussions.

The group is being led by ex-Super League halfback Bobbie Goulding who has recently been diagnosed with dementia following a succession of knocks suffered whilst playing.