Alongside his rugby league career, Kevin Locke appears to be involved in something on the side as well.

He has been snapped working for the BRAXCITY company which specialises in pool and landscape construction. 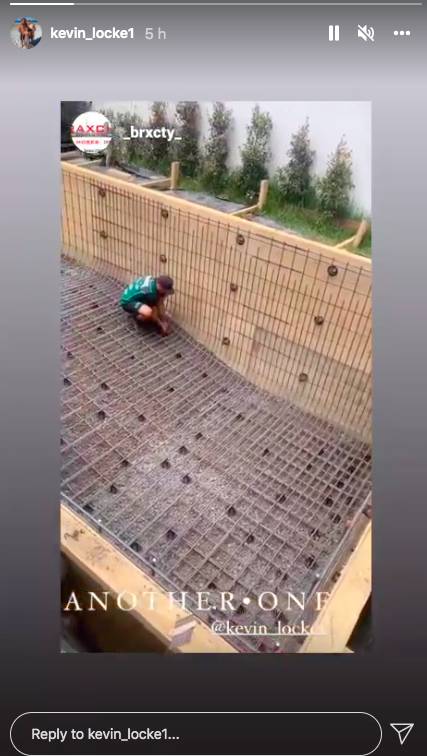 An absolute maverick fullback on the rugby league field, Locke devastated NRL defences in his six seasons at the New Zealand Warriors with some silky skills and electric pace.

In 88 games, the fullback registered 26 tries and converted 28 goals, but it was the transfer of Sam Tomkins to the Warriors that would see Locke edged out.

A remarkable move to the Salford Red Devils towards the back end of the 2014 Super League season raised eyebrows in both hemispheres as Locke made 15 appearances in 2014 and then 2015.

However, his time at Salford was cut short and a deal to sign for Wakefield Trinity took him to West Yorkshire in June 2015.

Again, his time at his new club lasted just a year, with Locke ending his stay in rugby league in June 2016 to swap codes.

A few moves to different sides followed, but the once-sparkling number one couldn’t settle, but he has been quietly building his career from the bottom up.

That has seen Locke play for the Souths Logan Magpies in Queensland’s Intrust Super Cup this season, but he will be heading for his new side – AS Carcassonne – in the French Elite One Championship in 2022, according to New Zealand newspaper Stuff.