I thought Hull KR were good against Warrington last week. They may have lost the game but they frustrated the Wolves at time and caused them a few problems. The loss of Joel Tomkins early in game didn’t help but the first two rounds have been very promising for Rovers. London were unable to back up their opening day win and went down 24-0 at Salford which would have disappointed Danny Ward. There was no lack of effort though and they can run Hull KR close, but I think they will just come up short.

Top against bottom here but I don’t think we can read too much into that. Salford have started the season very well but this will be their toughest test yet against a Leeds team who are desperate for a win. David Furner’s side have lost their first two games at Warrington and Wigan with the new players trying to adapt to Super League. This match will be a good benchmark to where both teams are really at and I think the Rhinos will get their season up and running here. 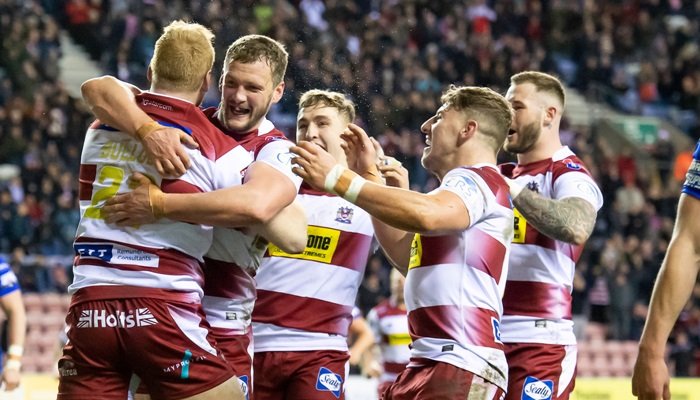 The big game of the weekend takes place at the DW Stadium on Sunday night as we find out who will be crowned the best club team in the world. A lot is made of the Aussies lack of preparation in these games, especially when they come over here, but they always put out their best team and they can’t have any excuses if they lose. Adrian Lam has to give a Shaun Wane team talk and get Wigan playing to their full potential. High intensity is key for the Warriors, it worked against Cronulla a couple of years back and I think it will work against the Roosters. There is also not a chance in hell I would pick an Australian team to beat an English team so I hope Wigan smash them!