It was a much-improved display from the Rhinos in the South of France and they were unlucky to leave empty-handed. Things don’t get any easier this week as they host local rivals Castleford who have a great record at Headingley. The Tigers were well below par against St Helens last week though and you do feel Leeds will win eventually and they might just do it when you least expect it.

Hull battled to a great win away against a tough London team last week and they are certainly in the mix after a difficult start to the season. Gareth Ellis has really steadied the ship and they will need him to lead from the front this week. Warrington visit West Hull after a nail-biting win at Wakefield last Thursday and Wire boss Steve Price was visibly unhappy with his sides defence. I think they will improve that this week and win quite comfortably at the KCOM Stadium.

The Saints keep matching on and at this rate it’s hard to see anyone stopping them. They outclassed Castleford last week, so much so their opponents coach had to come onto the field. This week they host a Hull KR side who were embarrassed at Huddersfield last week but do have a few key players returning, notably Mitch Garbutt in the forwards. Rovers fans are probably fearing the worst here and they should be! Easy Saints win for me.

This should be an interesting game between two teams who were unlucky to fall to defeats last week. While Wakefield very nearly produced a miraculous comeback to beat Warrington, Salford just fell short at home to Wigan but they still remain fourth in the table. I do think that although Salford have a great half-back partnership, Wakefield do have the better players and should have enough about them to win this one.

After the joy of a last minute win over Leeds, Danny Ward’s London suffered the opposite against Hull as they fell to a four-point defeat. They have another home match this weekend against lowly Huddersfield, although the Giants did pick up a fantastic 42-8 win against Hull KR in their last outing. This should be a very close game but I think Huddersfield will edge it, just. 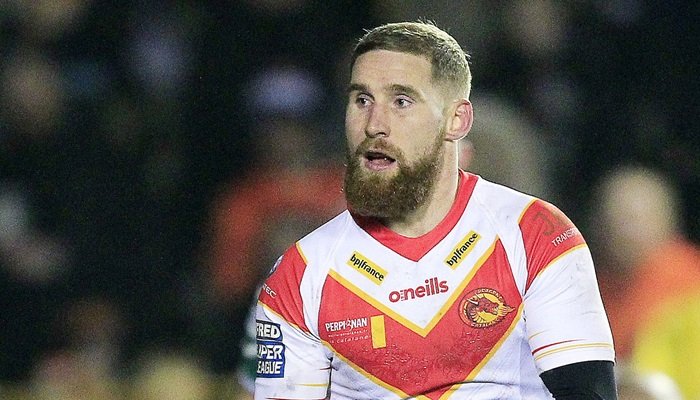 Sam Tomkins returns to face Wigan for the first time on Sunday and his Catalans team will look to make it back-to-back away wins in Super League, something that the French team don’t achieve too often. There is still a lot of uncertainty surrounding Wigan off the field at the moment but they put that to one side last week to beat Salford. I have a feeling Adrian Lam’s side might go on a winning run over the next few games so I fancy them to have too much for the Dragons.