Third against fourth at the KCOM Stadium. Hull may suffer a Challenge Cup hangover after the agonising defeat to Warrington and they couldn’t have asked for a tougher game to come back to. There is renewed optimism at Wigan following some high profile signings and I think they will get the better of Lee Radford’s wounded side.

A huge game in the relegation battle and a win for Huddersfield would see them jump four points clear of Leeds. The Rhinos had a similar opportunity a few weeks ago when they hosted Hull KR but they were beaten convincingly and dragged back into the dogfight. Simon Woolford knows this is his team’s chance to take a big step towards safety and I think they will take it.

The news of Justin Holbrook’s departure at the end of the season was disappointing, but I think it will motivate Saints. The League Leaders’ Shield is almost sewn up and with a Challenge Cup Final to come, the Red Vee are eyeing the treble. Wakefield look lost at the moment and their relegation fears will only get worse after this game.

A tough game for Warrington as they look to back up their epic cup semi-final triumph with a win in the South of France. Catalans have already beaten the Wolves on home soil this season so will be quietly confident. However, with Hull now hot on their heels for second place, I don’t see Wire slipping up again in Perpignan. 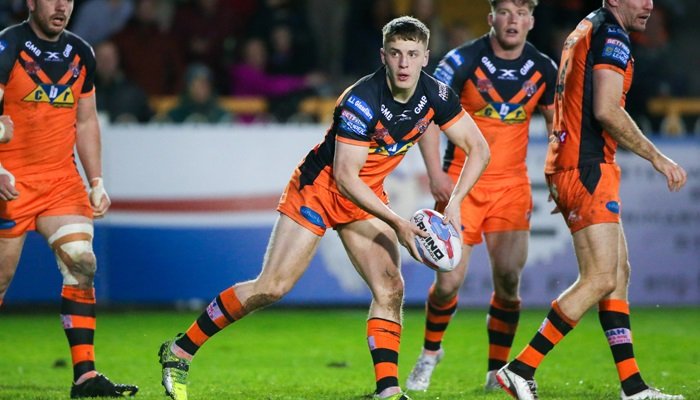 Rovers were really poor in their last outing against Huddersfield. Yes they lost Matt Parcell to injury and Harvey Livett was recalled from his loan spell, but they were unrecognisable from the side that were so impressive at Headingley. I said a few weeks ago I can see Castleford going on a winning run and that has happened. I think that will continue on Sunday and they will brush the Robins aside with ease.

Another huge game, both in the fight for relegation and the race for the playoffs. Salford know these are the games they must win if they are to make the top five but in turn, the Broncos will see this as a game they must win to survive. Their home form has been great this season but I can see Hastings thriving on the 4G pitch, so I think the Red Devils will edge a nail-biter.