It has been a tough run of fixtures for Castleford and now they face an in-form Wakefield team. Trinity were excellent against Wigan last week and big Dave Fifita is the player everyone is talking about. But Chris Chester is without his two main halves for six weeks now and I think that will really show. Daryl Powell’s side will win this game for me.

Danny Ward and his team are doing it tough at the moment after a great start to life back in Super League. They suffered a shock cup exit at Halifax last week and are without a win in four matches. They face an inconsistent Catalans team but on paper it’s a formidable Dragons line-up and even on the 4G pitch I think they will have too much for the Broncos. 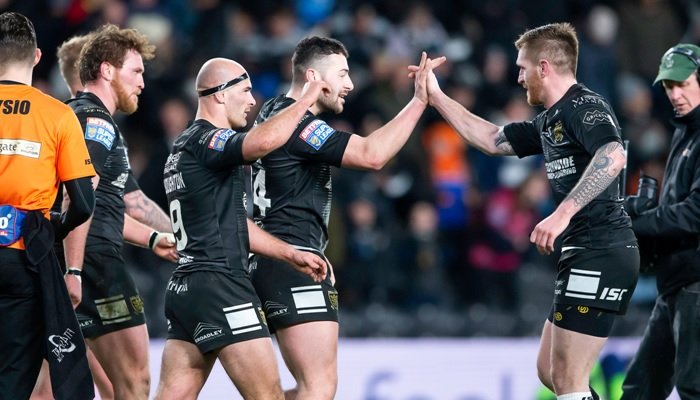 I’m really looking forward to this game and I’m certain the people of Hull are. There is going to be a potential record crowd at the KCOM Stadium and it will be an electric atmosphere. On paper I think these two teams are about level at the moment and like the game on the opening weekend, one score will decide it. Rovers won the last one but I fancy the black and whites to just prevail this time.

Another big crowd expected for this one in the annual Good Friday Wigan-Saints derby. Form normally goes out of the window in a derby match but these two teams are on a different level at the moment. Wigan have looked feeble at times this season and if they continue that against Saints then they will get blown away. Justin Holbrook has his team playing at the top of their game and I think they will back up their victory against Warrington with another impressive result.

Leeds still sit bottom of the table and the longer it stays like that the more nervous the fans and players will become. Huddersfield on the other hand have started to pick up recently and their victory over Castleford will have them full of confidence. I think the Rhinos will come out of the blocks quickly in this one and should get the job done.

Warrington fans will have been disappointed with the performance at Saints but they will come back stronger I’m sure. Salford have struggled lately in Super League and they have a tough Easter schedule with Wigan to come on Monday. On home soil and with a point to prove I think the Wolves will come back firing here and put on a big score.