Marc Sneyd looks to have taken to his role back at the Salford Red Devils like a duck to water.

The former Hull FC halfback left the Black and Whites after seven seasons at the club, in which he won two back-to-back Lance Todd trophies in successive Challenge Cup victories.

All in all, Sneyd made 176 appearances and kicked 655 goals in his time in West Hull, making him the club’s third highest goal-kicker of all-time.

But, all good things come to an end and the halfback rejoined hometown club Salford ahead of the 2022 Super League season.

And now he has posted a hilarious video on his Instagram social media page, showing him kicking the rugby ball through the legs of Red Devils winger Rhys Williams in training.

The caption reads “keep them shut pal” and four laughing emojis as Sneyd brings the skill to the Salford session. 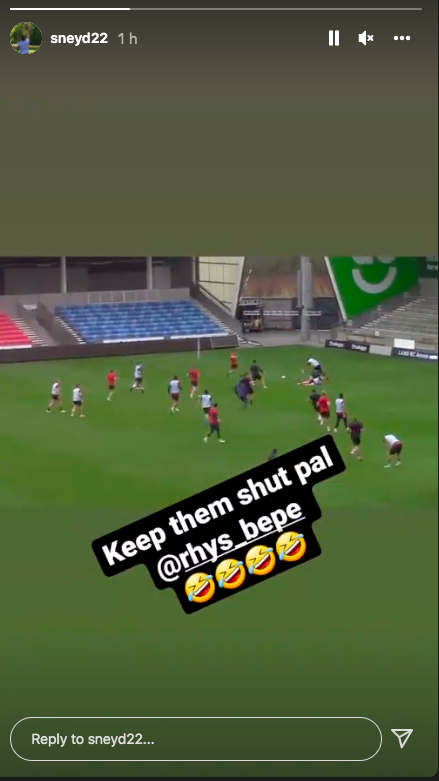 Sneyd will be hoping for a more fruitful season in 2022 after enduring nine losses in ten games with Hull towards the back end of the last campaign.

Now, though, with Sneyd back at Salford, FC brought in Luke Gale with the Red Devils replacing head coach Richard Marshall with Paul Rowley.