The Hull derby didn’t fail to disappoint, with FC running out 23-22 winners over KR in an incredibly entertaining fixture.

There had been much talk in the week about the upcoming game, with many Rovers fans taking offence to FC chairman Adam Pearson’s comments about the overexcitement of KR supporters in 2021.

However, his Black and Whites side were able to demonstrate their superiority – just about.

When Bureta Faraimo scored one of his two tries in front of the Hull KR fans, he was met with a barrage of abuse as well as a number of bottles.

Hull’s Josh Reynolds picked one up and started chugging from a bottle, only to spit it back out. 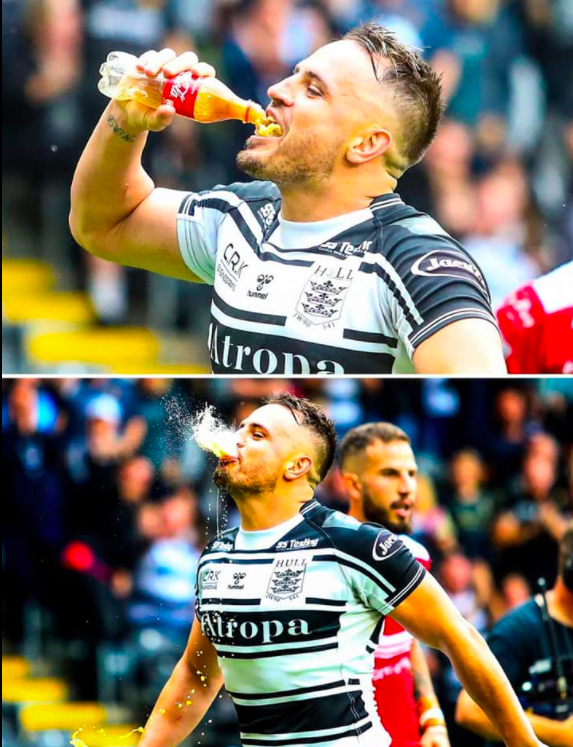 Reynolds was later asked to confirm this on Twitter, with the Australian halfback engaging in a conversation that only he knows how to.

It’s safe to say his reply went down a storm with FC fans, with almost 500 likes.