Josh Reynolds has welcomed the Catalans Dragons’ signing of Mitchell Pearce ahead of the 2022 Super League season.

Reynolds came up against Pearce numerous times in the NRL when the former played for both the Canterbury Bulldogs and Wests Tigers, but the Hull FC halfback has given the new Dragons signing a few words of encouragement as he prepares for life in the south of France.

As Reynolds watched Pearce give his first interview as a Catalans player, the FC man said: “See ya over there me little mate cheeeeeeers” with a French flag emoji as well as a heart love eyes emoji. 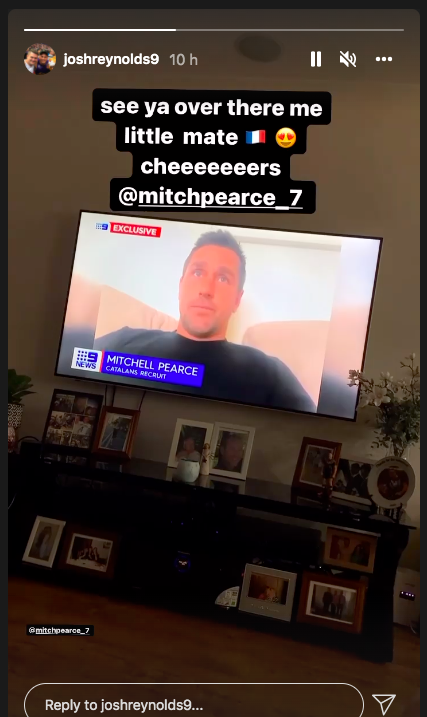 Pearce’s transfer was finally confirmed on Sunday night after weeks of speculation, with the Newcastle Knights halfback inking a two-year deal, with the option of a third as Catalans acted quickly to fill the void left by the departing James Maloney.

He joined the Knights in 2018 and his form the following season earned the halfback six consecutive man-of-the-match awards and an Origin recall, winning the series in 2019.

The playmaker has some big game experience playing not only Origin, but also NRL All Stars and NSW City.

Pearce joined the NRL’s 300-club earlier this year after playing his 15th season in the competition in 2021.