Josh Reynolds has posted on social media ahead of his return to Hull FC.

The Australian halfback had returned Down Under in the off-season and had to spend two weeks in quarantine in a hotel before being allowed back into society.

He has since been training in Australia as he prepares for a return to Hull after an extended break with his family.

Reynolds damaged his medial ligament in Hull’s victory over Hull KR back in August and had to have surgery as a result.

The former Wests Tigers and Canterbury Bulldogs halfback wrote:  “Miss these lads, not long now,” alongside a photo of him congratulating fellow maverick Jake Connor after scoring at the MKM Stadium. 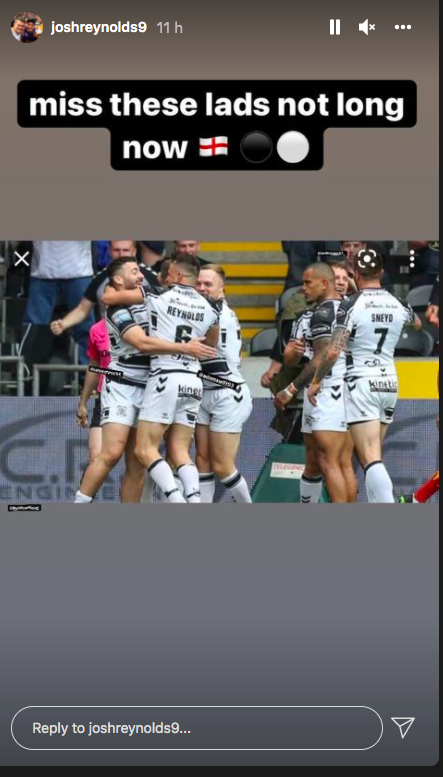 Reynolds had an up-and-down season with the Black and Whites, starting the year like a house on fire until a run of nine losses from ten games ended a disappointing campaign for Hull – though the halfback was forced to sit out the last few months with his injury.