Josh Griffin has taken to Instagram to show his rehab from a horrific Achilles injury sustained a few months ago.

Hull are already doing it tough with injuries, but both Joe Cator and Josh Reynolds are set to be out for the rest of the season after suffering long-term injuries in the Hull derby victory.

The 31-year-old suffered a horrific Achilles tendon injury in Hull FC’s Challenge Cup semi-final defeat to St Helens way back at the start of June.

But, Griffin – who may well have represented England at this year’s World Cup – looks to be well on the road to recovery.

The centre uploaded a video to the social media site, with him juggling balls whilst balancing on a bosu ball – just the balancing is difficult enough, never mind the juggling!

The English centre was well within a shot of an England call-up had he not suffered this injury, though the postponement of the World Cup at the end of the season until 2022 will, undoubtedly, be something to aim for.

Hull have suffered a number of severe injuries this season, with the likes of Carlos Tuimavave, Josh Reynolds and Josh Bowden all sustaining long-term problems. 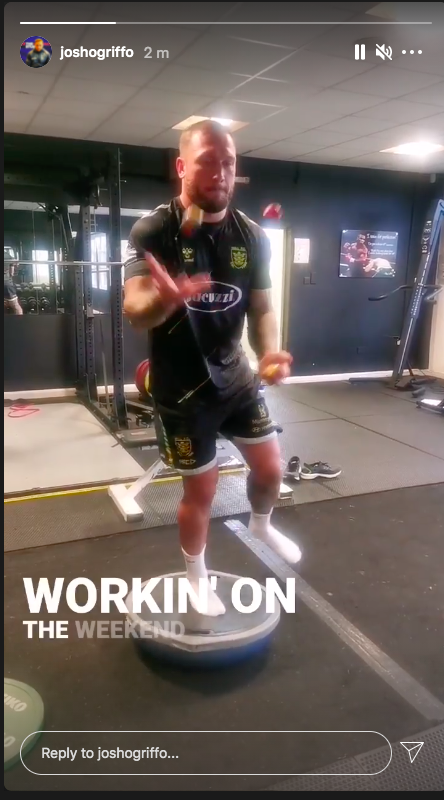