Israel Folau has been snapped in his new club colours for the first time as he heads back into action ahead of the new season.

His new side – the Shining Arcs – are a Japanese club based in Tokyo Bay, and more importantly, are of the 15-a-side code variety.

That means that Folau has left rugby league behind after a short hiatus from union following his sacking in 2019 by Rugby Australia for homophobic comments.

The rangy runner played the 2020 Super League season with the Catalans Dragons, excelling in the role in the south of France, before Folau headed back Down Under at the end of that season.

Still contracted to the Dragons, Folau and his management managed to strike a deal with the French club to release him from his deal as the 32-year-old began a more relaxing bout of his career playing in the Gold Coast leagues with his brothers for the Southport Tigers.

And, in an even more bizarre twist of fate, Folau has put his hat into the politics ring alongside businessman, mining magnate and Southport owner Clive Palmer, which could see the rugby superstar become part of the United Australia Party.

However, in the meantime, Folau is now part of the Shining Arcs as they head into the 2022 Rugby League One season. 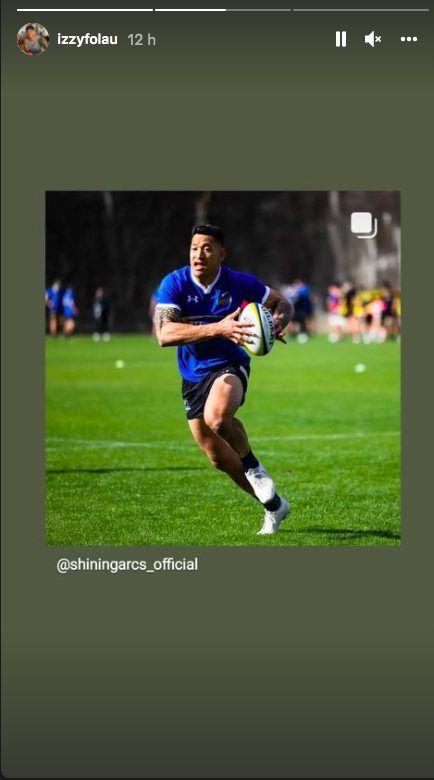