Losing in the last minute of a game against local rivals is always tough to take but especially when the decisive try came from controversial circumstances and after your star player has been forced off with injury.

After the game though Ian Watson should be credited for his response as he dissected his team’s defeat to Leeds by 18 points to 14 thanks to a late Blake Austin try.

He initially looked at his side’s performance when breaking down the defeat but believed an injury to key player Theo Fages helped lead them to defeat: “I thought for large periods we were really dominant, I thought we were the better side. Apart from the first five minutes of the first half and the second half but other than that I thought we were really dominant we just needed to execute a bit better and it probably went a way a bit more when Theo went off in the last 10 minutes when you need a Theo to be fair.

“We knew we had to patient. We had a belief in us we would crack them.

“Ideally in a game like that away from home you don’t always have the rub of the green and you’ve got to be really resilient in what you’re doing.

He gave an update on Fages and questioned whether a more severe punishment should’ve followed: “He passed his HIA. He’s just had a few head knocks before so it’s just going along with how Theo was feeling.

“If it’s direct contact to the head, is that not a red card? We lose Theo for the rest of the game but they get a sin binning for 10 minutes. I don’t know if the balance is right there.”

Of course the big turning point was Chris Hill’s yellow card which gave Leeds the set in which they scored the winning try.

On this Watson said: “I don’t think he deserved a yellow card. It’s pretty plain for everybody to see Speaking in generally, I spoke six weeks ago saying that there’s two many players who are looking to win a penalty.

“There’s going to be a player who’s going to try and win a penalty by means of tipping themselves upside down and seriously injure themselves and the player who is involved is going to have to live with that contest.

“Chris Hill let go off him when he jumped into the air and it shouldn’t have been a yellow card. 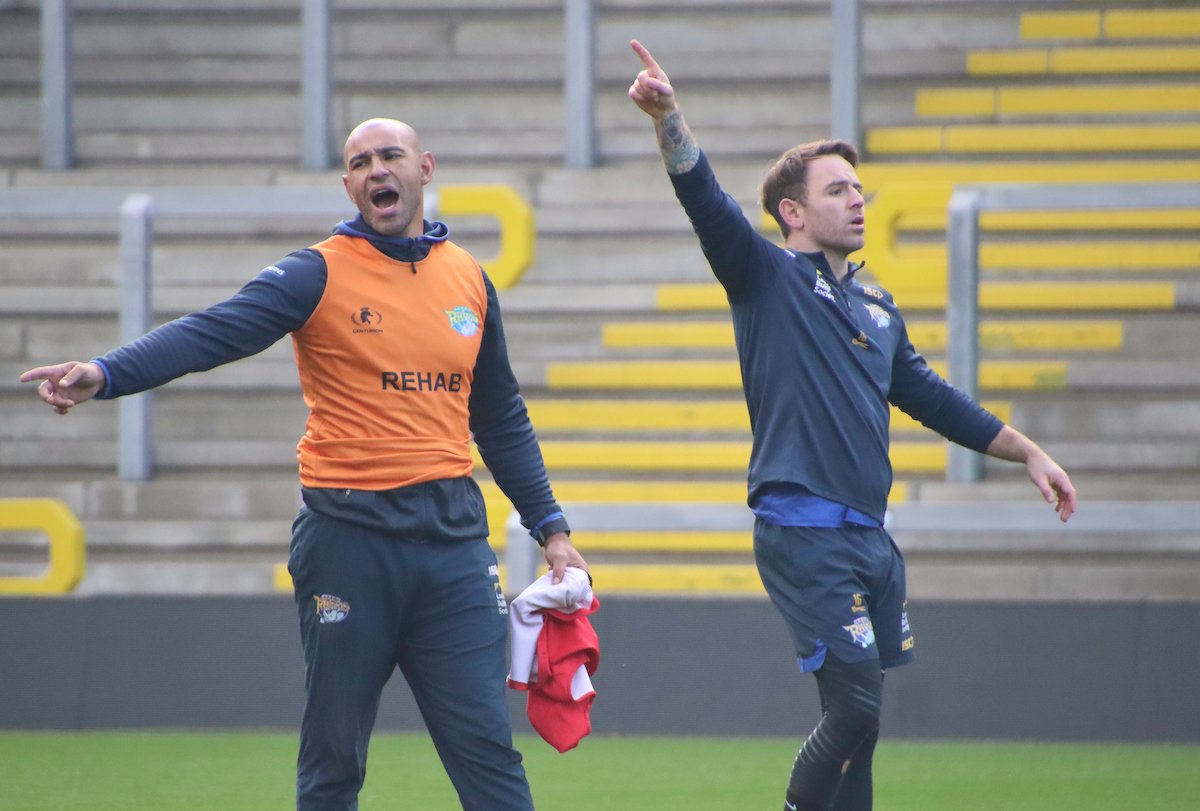 Fearing for what incidents like this mean for rugby league as play acting becomes a wider issue, Watson gave his thoughts on how to stamp it out believing the game could soon become like football.

“Penalise the player who’s doing it,” Watson stated, “There’s past players on the match review panel and they’ve all seen things where people are trying to win a penalty.

“Danny Levi stays down in the first half and I don’t like that. We’re not here to try and cheat penalties. You look at the Challenge Cup Final when Farrell gets caught and Yates gets a two-match ban for that.

“There’s been more recently. It’s something we’ve got to clean up.

“If something happens and it’s more when they’re diving down on their own head and if that player breaks his neck, the player involved in that tackle has to live with a massive consequence.

“For me Chris Hill did everything right.

“There are situations in the game for doing that, that’s putting yourself into a dangerous position.

Watson was also left flummoxed by the other yellow card which went the way of Joe Greenwood in the last minute: “I’ve not a clue. It looked like they were going to do Danny Levi at first and then because Joe was on the floor and let go and he’s fallen over the back of him and they’ve sin binned him and I don’t know why.”