Dom Manfredi announced this weekend that he will be retiring at 27 years of age.

The 27-year-old winger suffered a knee injury in training last week – an injury to his left knee that has given him multiple issues in the past.

Manfredi has been at Wigan since he was 14 – progressing through the Club’s Academy system, making his first team debut in 2013 and playing 82 games and scoring 57 tries overall.

The winger has won two Super League Grand Finals and was part of the 2016 Dream Team.He also played an important role in helping Wigan win their first League Leaders’ Shield in eight years in 2020.

Alongside the success has unfortunately come numerous injury setbacks and prolonged spells on the sidelines. In a run of bad luck, Manfredi suffered back-to-back ACL injuries on his left knee and another on his right, resulting in three reconstructions in just five years.

Here is what he had to say: 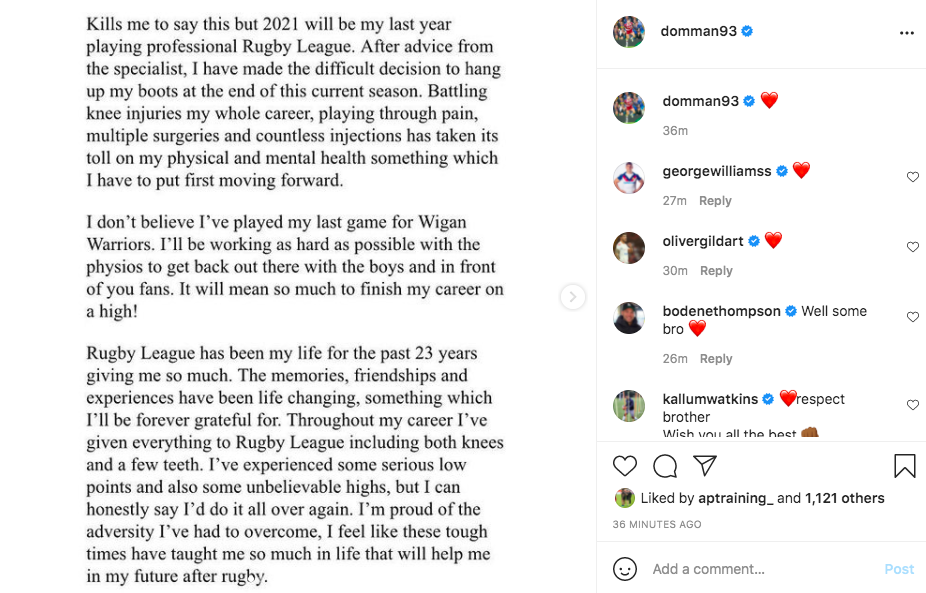 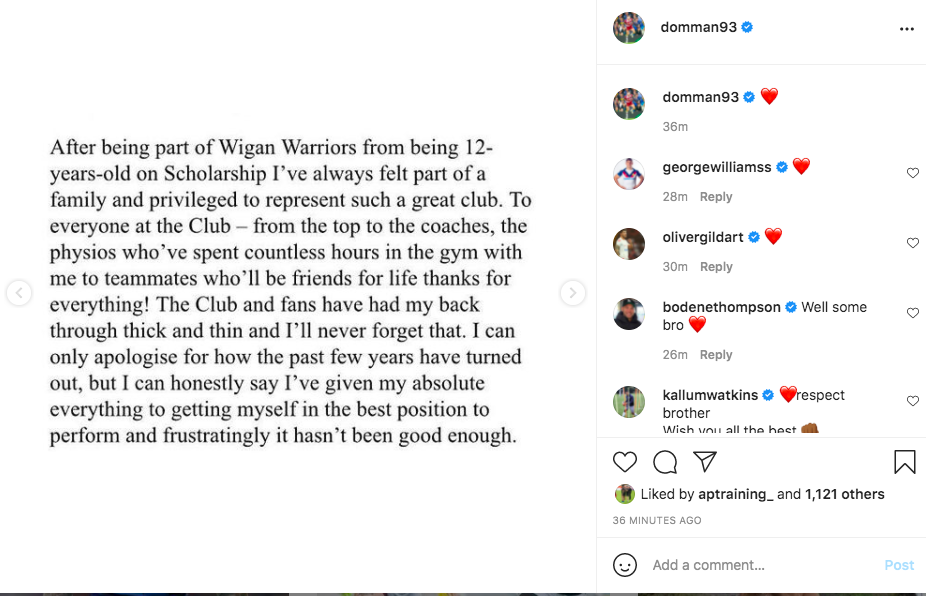 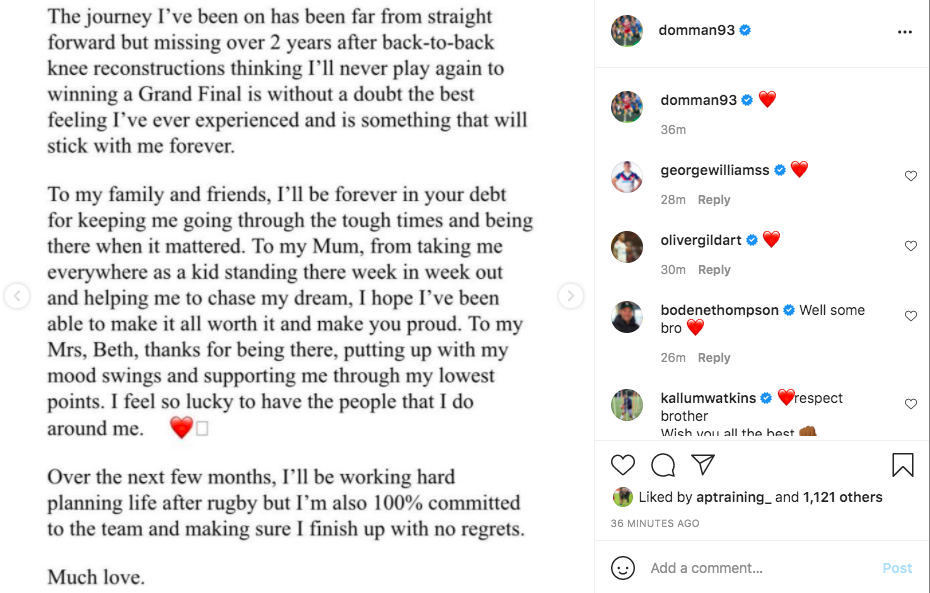