There is never love lost between Hull KR and Hull FC fans.

And, in the latest round of East Yorkshire pride, it is the Rovers supporters who are shouting from the rooftops.

Jason Netherton, the Hull KR academy coach, tweeted a reply to a Robins fan that said: “Hearing a strong rumour that #HullFC are giving U15 players that both Hull clubs are looking to sign on scholarships a signed shirt with their name on the back, fancy a ‘top four club’ having to rely on bribes”.

Both Hull clubs have been vying for the best talent on Humberside ever since the two clubs split from the City of Hull academy established in 2015. 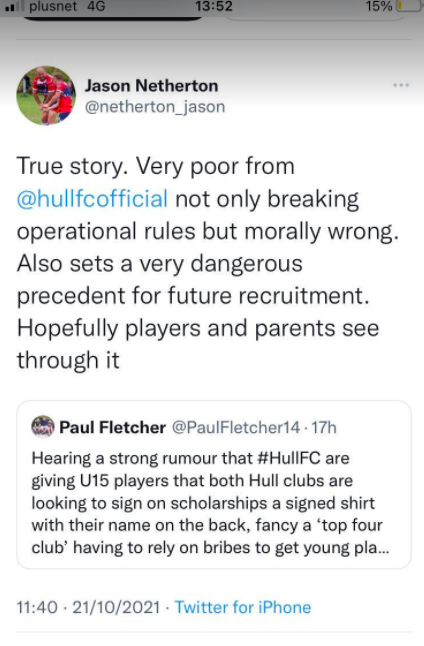