Hull FC star Connor Wynne is in a wheelchair and recovering following his operation.

The Black and Whites outside back took to Instagram to show off his new wheels after being sent for an operation following a leg injury sustained earlier in the year.

The season could not exactly have finished much worse for the Black and Whites with nine losses from their final ten games bringing the curtain down on yet another disappointing year.

Since then, head coach Brett Hodgson and owner Adam Pearson have banged their heads together in a bid to improve the squad which has seen the likes of Andre Savelio and Josh Griffin re-sign, whilst Fijian international Joe Lovodua has made the move. 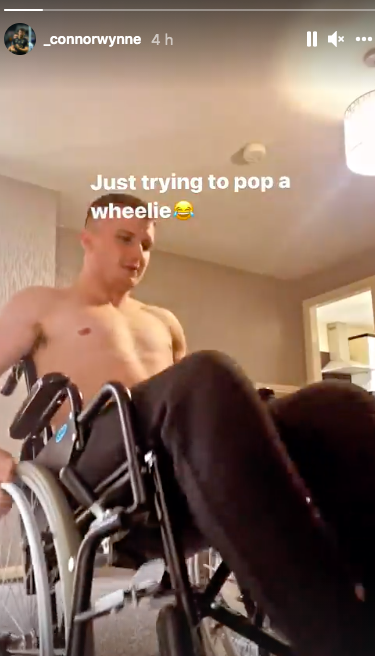